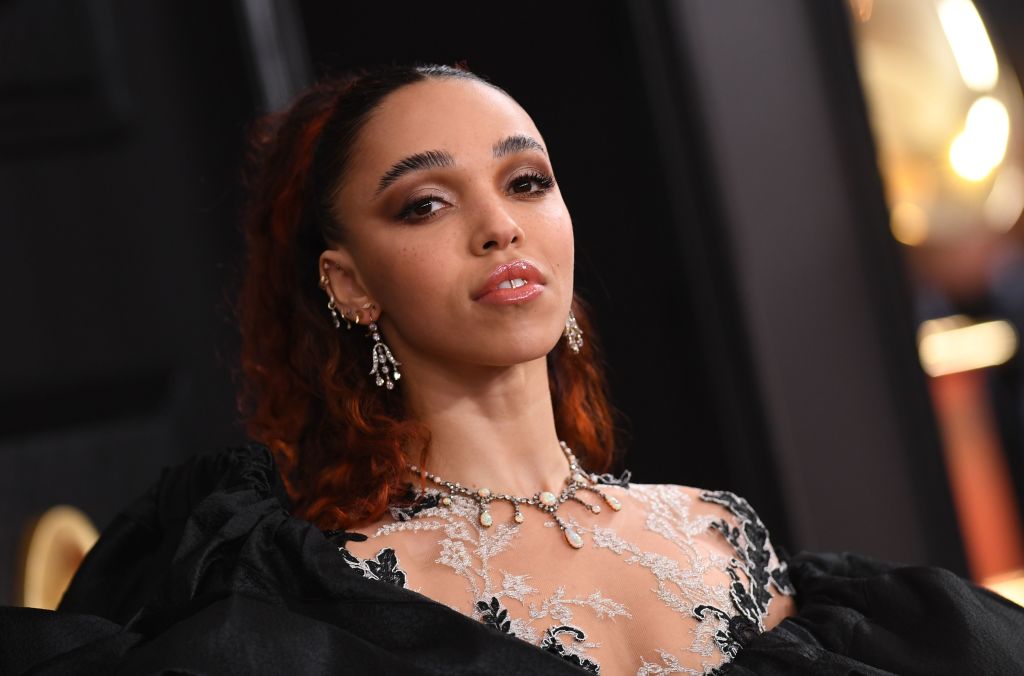 FKA twigs remembers some unusual rules when she was dating actor Shia LaBeouf.

“I was told I knew what he was like, and if I loved him I wouldn’t look men in the eye, so that was my reality for a good four months towards the end of the relationship, that I wasn’t allowed to look men in the eye,” twigs, whose real name is Tahliah Debrett Barnett, said on the latest edition of BBC podcast Grounded With Louis Theroux.

Twigs dated LaBeouf after she co-starred with him in the 2019 movie Honey Boy, which was inspired by LaBeouf’s own life as a child actor. They broke up in June 2019, after nearly a year. In December, she filed a lawsuit against LaBeouf, in which she alleged sexual battery, assault, infliction of emotional distress and that he knowingly gave her a sexually transmitted disease. A second former girlfriend, Carolyn Pho, added her own allegations to the lawsuit.

“So then I’m looking down all the time,” twigs said, “and, you know, that does a lot to someone’s confidence, when you’re worried about someone being nice to you in a shop. Just any sort of day-to-day, pleasant interaction could result in a three-day, you know, event of me being berated and kept awake.”

While twigs said she was forbidden to pay attention to others, she had to have a certain number of interactions with LaBeouf each day.

“I had a quota that I had to meet, which changed… so, it was, like, touches, or looks, or kisses, that his previous partner apparently met this number very well, so I was ‘inadequate’ compared to a previous partner of his, and I had to get the touches and the kisses correct,” she explained. “But I never exactly knew… what the number exactly was but it was essentially around 20 a day.”

If she didn’t meet it, twigs said she was berated and made to feel “like I was the worst person ever. Like, I genuinely thought I was so cold and so awful and such a terrible girlfriend.” She even called an ex crying, asking if any of it were true. “I just didn’t know who I was. I was hollow.”

She stopped talking to family and friends. Leaving felt impossible, she said, until an incident described in the lawsuit. The couple had taken a trip to the desert, in which the Transformers star allegedly choked twigs while she was sleeping and at a gas station, then intentionally drove recklessly, threatening to crash the car unless she said she loved him.

“I remember going back to where I was staying and calling an abused women’s help line. And I literally just, like, Googled free women’s abuse help line U.S.A.,” twigs said. “You know, I just called the first one that came up.”

It didn’t happen right away, but she started planning to leave. The musician called her best friend and began seeing a therapist twice a week. Even after she’d ended the relationship, she said panic attacks plagued her for a while.

Reps for LaBeouf did not immediately respond to a request for comment from Yahoo Entertainment. When twigs first made her allegations public, LaBeouf issued a statement:

“I’m not in any position to tell anyone how my behavior made them feel. I have no excuses for my alcoholism or aggression, only rationalizations,” he said. “I have been abusive to myself and everyone around me for years. I have a history of hurting the people closest to me. I’m ashamed of that history and am sorry to those I hurt. There is nothing else I can really say.”

Although LaBeouf said many of the allegations against him were “not true,” he said he owed the women “the opportunity to air their statements publicly and accept accountability for those things I have done.” He added that he’s enrolled in a 12-step program. “I am not cured of my PTSD and alcoholism, but I am committed to doing what I need to do to recover, and I will forever be sorry to the people that I may have harmed along the way.”

Twigs said part of what made her come forward is hearing that, during the pandemic, many abuse victims are confined to their homes with their abusers, causing rates to soar.

“This situation is not really about Shia anymore, and it’s not really about me,” she said. “I’m doing this for something much bigger, which is… I just wanna change the conversation and the stigma around domestic abuse.”

If you or someone you know is a victim of domestic violence, contact the National Domestic Violence Hotline 24/7 at 800-799-7233 or via online chat at thehotline.org.