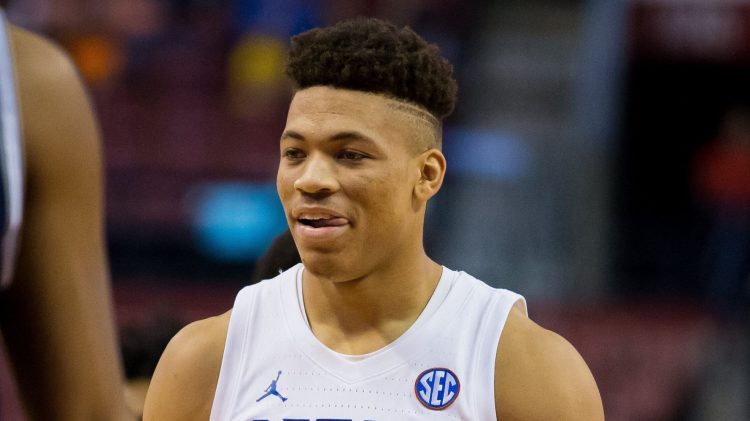 Keyontae Johnson, the University of Florida basketball star who was hospitalized after collapsing at a Dec. 13 game, was released from the hospital on Thursday following his recovery from a medically induced coma.

Johnson’s family shared the news of his release through the Florida men’s basketball Twitter account Tuesday afternoon. Later Tuesday, Johnson, 21, shared a selfie on his Instagram story. In their statement, Johnson’s family said they are “amazed by the pace of his recovery,” and they are asking for “patience as the medical professionals continue their work” to determine what caused his collapse.

Johnson, a junior from Virginia, tested positive for the coronavirus in the summer, along with several teammates, leading some to assume his collapse was linked to COVID-19 and its potential for lingering effects. “We are committed to sharing not only updates on Keyontae but also any information we think could help others,” the family said. “When we have that, we will share it.”

During a Dec. 13 game against Florida State, Johnson collapsed as he and his teammates emerged from a huddle during a timeout called nearly five minutes into the game. He’d thrown down an alley-oop in transition on the previous play. In frightening footage from the game, Johnson can be seen falling to his knees and hitting his head on the ground just as he and his teammates reach half-court. Immediately, Johnson’s teammates screamed and summoned medical help as he lay motionless. The game continued after he was wheeled off the court on a stretcher.

Player health has topped a list of issues for universities electing to host games during the pandemic. Despite canceling March Madness earlier this year due to the coronavirus, the NCAA has partnered with schools to sanction fall sports even with the nation presently in a more precarious health situation than it was last March. The NCAA does not track the total number of coronavirus cases among its athletes, but at least 6,629 have reportedly contracted the virus, according to The New York Times.

The rush by some university and team officials to get unpaid college athletes back to work has demonstrated just how vital athletic programs are to the financial survival of universities throughout the country.

Earlier this year, hundreds of college athletes tried to leverage that power, threatening to boycott the season to secure better health protocols and compensation.