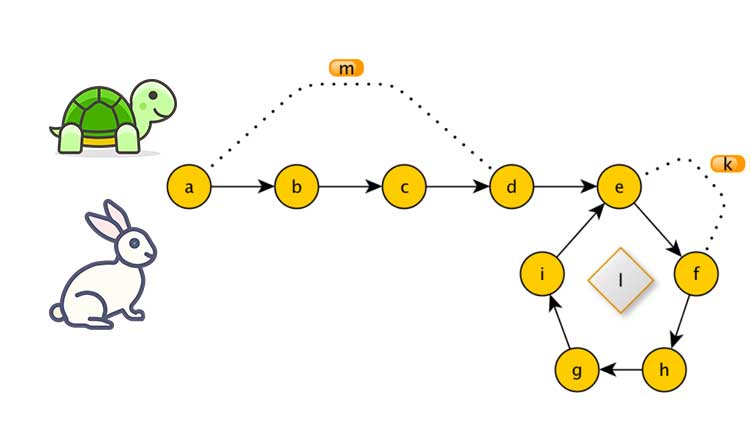 Hello guys in this blog we are going to learn about the algorithm mentioned above, by its name it may tempt to sound a little bit scary but if you will read this article with full concentration then it will be a cake walk for you to code it in any programming/scripting language of your choice

So the algorithm for this problem is:

After this step ptr2 will complete one loop by moving from node 7 to node 3:

Now coming to the coding part if you have been given a linked list (i.e. the head node of the linked list) and you want to detect the cycle using this algorithm I have coded it you can have a look at the code of the function (I have coded it in python)

Eshaan Kushwaha an aspiring student of I.T. Engineering. Data exploration and Server-Side development are the fields that interest him. His motto of life is to keep himself calm in the matter of any tempting situation.