Home News Focus on pollutants that damage crops, not on nutrients: Agri scientists

Focus on pollutants that damage crops, not on nutrients: Agri scientists 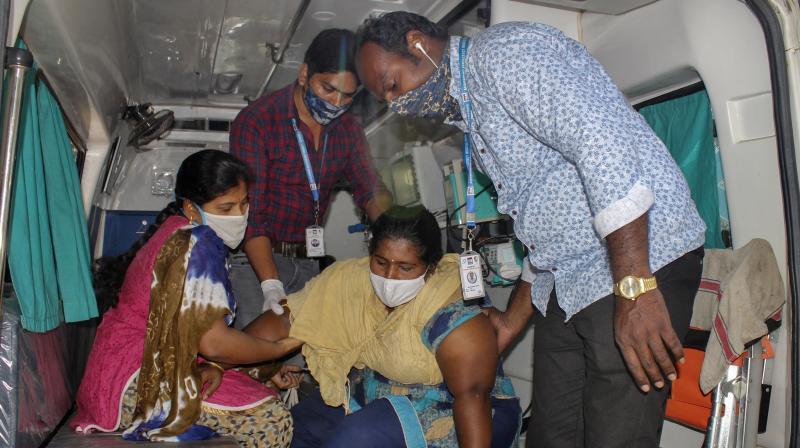 Vijayawada: Lack of separate irrigation and drainage canals and mixing of water from both sources and usage of such polluted water for cultivation of crops, especially in Godavari and Krishna delta areas, are said to be the major factors for the presence of residues of heavy metals and pesticides in crops like paddy and vegetables in Andhra Pradesh.

As several Central agencies including AIIMS, IICT, NIN, CCMB, NEERI, NCDC, NIN and others have come with their findings on the mystery illness, suspected to be due to presence of pesticides in samples of tomato and brinjal, mercury in raw rice and also finding presence of heavy metals like lead and nickel in the blood samples of the affected persons and nickel in milk, it is believed that contaminated water used for raising crops like paddy and vegetables, was the main culprit.

Scientists from Acharya NG Ranga Agriculture University and YSR Horticulture University and from other research centres opine that unlike in the earlier days when usage of fertilisers and pesticides was promoted to boost production of food grains, they are supposed to concentrate more on pollutants finding their presence in food crops.

A scientist from Acharya NG Ranga Agriculture University said, “It is time the thrust of research should be more on pollutants than on nutrients, given the situation where food crops are getting polluted from various sources and affecting the health of the consumers.”

Scientists state that earlier they used to concentrate on addressing deficiency of micronutrients like iron, copper and zinc in food crops as such deficiency used to make the crops vulnerable for pests having a major impact on the quantum of yield.

Underlining the importance of industrialisation and urbanisation for development of any city or town or village, the scientists recommend paying more attention on the negative impact of such developmental activities in the backdrop of recent Eluru mystery illness so that it helps avoid recurrence of such illness in any part of the state.