For Japanese Princess, Fairy-Tale Wedding May Be Distant Prospect 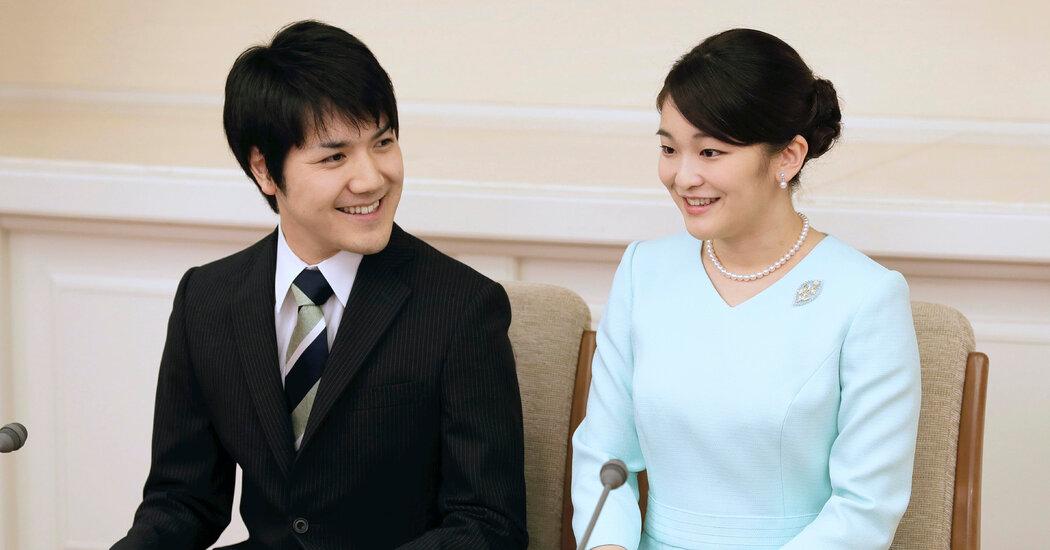 When Princess Mako of Japan became engaged to her college boyfriend in 2017, many Japanese hoped for a fairy-tale wedding for the couple.

But three years later, the prospects of the eldest daughter of Crown Prince Akishino and her beau, Kei Komuro, a commoner and aspiring lawyer, living happily ever after look, well, complicated.

In remarks released Monday, Crown Prince Akishino said he approved of the wedding. But he also said that there appeared to be opposition to the union in Japan, making it difficult to proceed with an official ceremony. The crown prince has previously said that could happen only if the Japanese public approved of the marriage.

“The Constitution says marriage shall be based only on the mutual consent of both sexes,” Crown Prince Akishino said in a transcript of the remarks, made on Nov. 20 on the occasion of his 55th birthday. “If that is what they really want, then I think that is something I need to respect as a parent,” he said.

But, he added, “I think it’s not the case that many people approve and are happy about it.”

The couple, both 29, were originally set to marry in 2018, but the date was pushed back after Japanese tabloids caught wind of money problems in Mr. Komuro’s family. His mother had become embroiled in a dispute with a former fiancé of hers over $36,000, some of which was reportedly used for Mr. Komuro’s schooling.

The reports raised questions about Mr. Komuro’s intentions, with some detractors accusing him of being a gold digger. The whiff of scandal proved too much for many Japanese, not to mention the sensibilities of the imperial family, which has no taste for the incessant dramas that have plagued royals in other countries.

The drama has echoes of another couple seemingly at odds with the royal establishment in their own country. Prince Harry of Britain, and his wife, Meghan, announced in January that they would no longer be full-time working members of the royal family.

In a 2018 news conference, Crown Prince Akishino said he “respected” the desire of his daughter and Mr. Komuro to wed, but that an official ceremony would not take place unless the public approved.

Unperturbed, the couple said that they would tie the knot in 2020.

In the meantime, Mr. Komuro went to Fordham Law School in New York to pursue a master’s degree, adding a long-distance relationship to the other pressures on the couple.

Earlier this month, Princess Mako released a statement saying that while she and Mr. Komuro remained committed to each other, the wedding would not take place this year. She did not say when she expected it to happen.

In his remarks, the crown prince suggested that Mr. Komuro had not taken sufficient steps to address concerns surrounding his mother’s affairs, and that the marriage should not proceed until he had publicly demonstrated his commitment to resolving the problem.

The ups and downs of the prospective couple are a reminder of the fragility of the world’s oldest monarchy.

Japanese law forbids women from ascending the throne, and heirs must come from the male line of succession. Following the abdication of Emperor Akihito last year and the ascension of his son Naruhito to the Chrysanthemum Throne, only two potential heirs remain: the crown prince and his son.

Under Japanese law, if Princess Mako marries Mr. Komuro she will have to leave the imperial family and become a commoner herself, even if the wedding was officially sanctioned, further shrinking the already tiny royal clan.