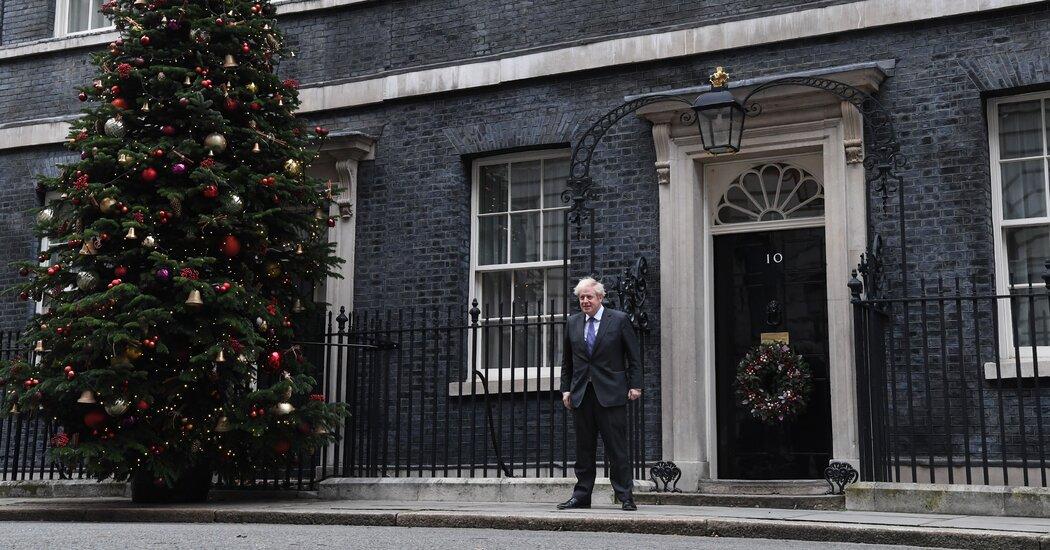 Mr. Johnson left it to Mr. Hancock to announce the new restrictions. The prime minister faces another politically difficult decision in coming days on a post-Brexit trade agreement. On Monday, negotiators for Britain and the European Union resumed talks in Brussels, amid some tentative signs of progress.

If Mr. Johnson strikes a deal, he could face blowback from pro-Brexit lawmakers in his party, who view the negotiations as an assertion of British sovereignty. That would add to an unrelenting wave of pressure that the prime minister has faced as he has balanced public health and economic priorities throughout the pandemic.

Mr. Johnson won support from London’s mayor, Sadiq Khan. But Mr. Khan called on the government to consider closing some schools for pupils aged 10 to 19 early, and to reopen them later than planned in January. He also demanded more financial compensation for businesses affected and more aid for those required to self-isolate.

But Conservative lawmakers were less supportive. Iain Duncan Smith, a former leader of the Conservative Party, said the decision would “hammer down” on pubs and restaurants, which have social distancing controls, and might embolden people to socialize in their homes under less secure conditions.

Another Conservative lawmaker, Bob Neill said the measures would have a “crippling effect” on hospitality. His colleague, Felicity Buchan, asked why the capital could not be divided into different regions to protect business in central London, which she called “the powerhouse of our national economy.”

The hospitality trade, not surprisingly, reacted with fury, arguing that the spread of cases was being predominantly driven by infections in schools and that forced closings would devastate businesses that had invested heavily to make themselves safe for socially distanced gatherings.

“There is no getting away from the fact that moving London and other areas into Tier 3 the week before Christmas will further cripple the pub sector, which is already on its knees and impact on the livelihoods of our team members and tenants,” Nick Mackenzie, chief executive officer at Greene King, a large pub and brewing chain, said.