Home General For the first time, there’s a woman on every S&P 500 board. But they’re still in the minority

For the first time, there’s a woman on every S&P 500 board. But they’re still in the minority 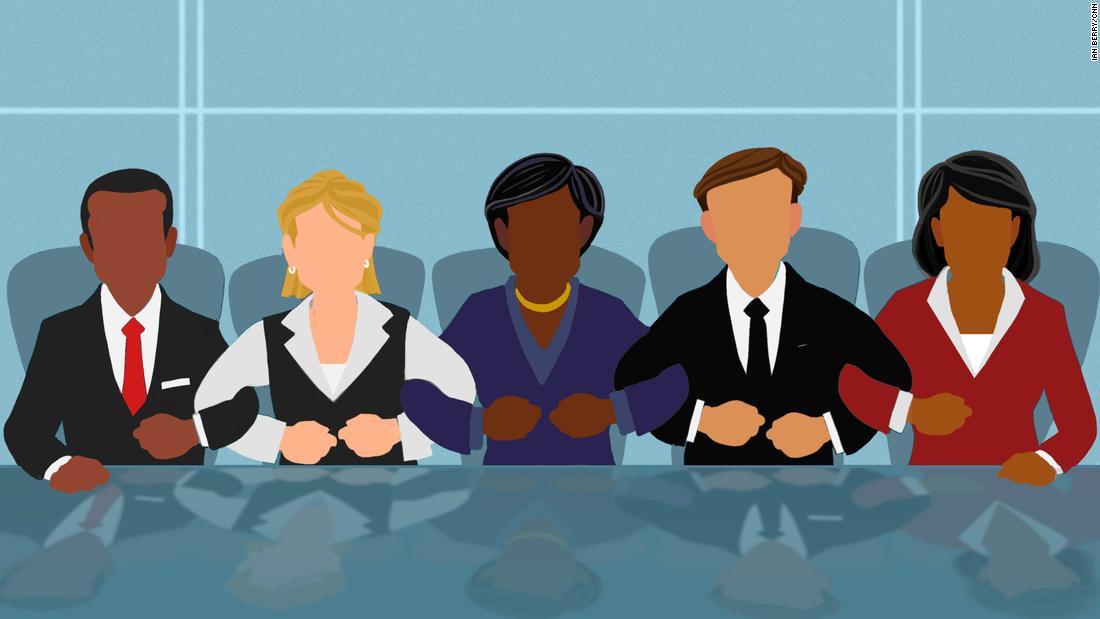 There is now at least one woman sitting on every S&P 500 company board, and women made up 47% of the incoming class of new directors, the highest percentage to date.

After accounting for those gains, however, women still only represent 28% of all S&P 500 board directors, according to Spencer Stuart’s study.

Currently, the average S&P 500 board has just under 11 directors on it. But the average board only has three female directors.

Five percent of S&P 500 companies have just one female board member. Those include Charter Communications (CHTR), Monster Beverage (MNST), Motorola (MSI) and Xerox (XRX), according to data from BoardEx.
Meanwhile, only 3% have six women directors or more. Most of those boards have achieved gender parity — meaning they have an equal number of men and women — and some even have more women than men. They include Procter & Gamble (PG), Best Buy (BBY), Etsy (ETSY), Omnicom (OMC) and General Motors (GM), according to BoardEx.
Two years ago, California passed a law mandating that public companies headquartered in the state have a minimum number of women on their boards. Since then, several other states have required companies to at least start reporting on how many women directors they have on their boards.

But pressure from lawmakers wasn’t the only reason for the uptick in gender diversity.

“What we think really made an impact on increasing the number of women in the boardroom was pressure from institutional investors, and the promise of accountability and measurement from that audience,” said Julie Daum, who leads Spencer Stuart’s North American Board Practice.

That push will continue, but further gains may not come as quickly as advocates hope because board openings don’t arise that frequently.

There are, however, ways to boost turnover, such as setting term limits and mandatory retirement ages for directors and even increasing the size of a board by a couple of seats.

“It will be difficult for boards to make meaningful progress in improving diversity unless they embrace more frequent turnover,” Daum said. “It should be noted that year-over-year, we find that companies with new, independent directors and more significant diversity in the boardroom benefit from a business performance standpoint.”

When it comes to running boards, women are few and far between. Spencer Stuart, for instance, reports that among independent board chairs, only seven women — just 4% of the total — hold that title.

Last week, however, brought news of one more woman ascending to the top. Starbucks named Mellody Hobson its next chairperson, making her the first black woman at the company to ever hold that role.

The gender diversity numbers are slightly better when it comes to the directors who run individual board committees (e.g., audit, compensation and governance). Spencer Stuart found roughly a quarter of S&P 500 board committee chairs are women.