Former Star India Chairman Uday Shankar on partnering with James Murdoch, ‘I am excited to partner James in new venture’ 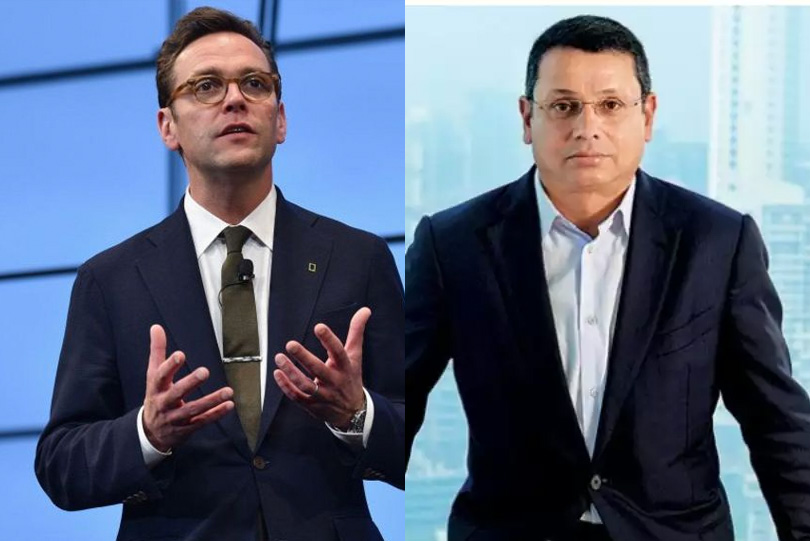 Uday Shankar on partnering with James Murdoch: Lupa Systems CEO James Murdoch and former Chairman & CEO of Star India and President Walt Disney APAC Uday Shankar will be partnering for a new venture to explore tech & media opportunities in new markets, according to a news report. The two have previously teamed up for Star India before it was merged with 21st Century Fox & Walt Disney.

CEO James Murdoch and Uday Shankar, the former Chairman and CEO of Star India and President of Walt Disney Asia Pacific, announced today that they are forming a new venture to explore technology and media opportunities in emerging markets.

The new partnership reunites Murdoch and Shankar, who worked together building Star India into the region’s largest media company, prior to its sale as part of the merger of 21st Century Fox and The Walt Disney Company. Star now reaches 600m+ viewers every week and operates Hotstar, Asia’s leading OTT platform.

“After two decades of working in India and the region, at Star and more recently at Lupa Systems, it’s great to be entering into a renewed partnership with Uday. Our collaborations over the years have been immensely rewarding for consumers, our various shareholders, and our colleagues. I’m very pleased to be renewing that partnership now. As connectivity continues to accelerate and expand across South Asia and the whole region, new opportunities for innovation, across consumer sectors, will multiply,” said James Murdoch.

“James and I enjoyed a great partnership at Star and I am enormously excited to be in partnership with him again. At Star, we had the great benefit of working with the best and brightest Indian talent, combined with global vision and a desire to disrupt the old order. Digital Technology promises to transform the lives of many millions of people in this part of the world and I have every confidence that we can harness technology, enterprise, and tremendous talent to create a great business that is also great for society,” said Uday Shakar.

“Lupa Systems set up its India presence less than two years ago and has already created a promising portfolio of technology investments. Partnering with Uday, to build ambitiously for the long term, will take us to another level,” said Nitin Kukreja, Managing Director of Lupa Systems India.

Company Description
Lupa Systems is a private holding company founded in 2019 by James Murdoch, the former CEO of 21st Century Fox, Sky plc, and STAR. The company has offices in New York and Mumbai. Collectively, the Lupa team has extensive experience building and scaling businesses across the globe in multiple industries. Lupa focuses on companies within the technology and media industries, impact-driven companies focused on environmental sustainability, and emerging markets, particularly within the Indo-Pacific region.