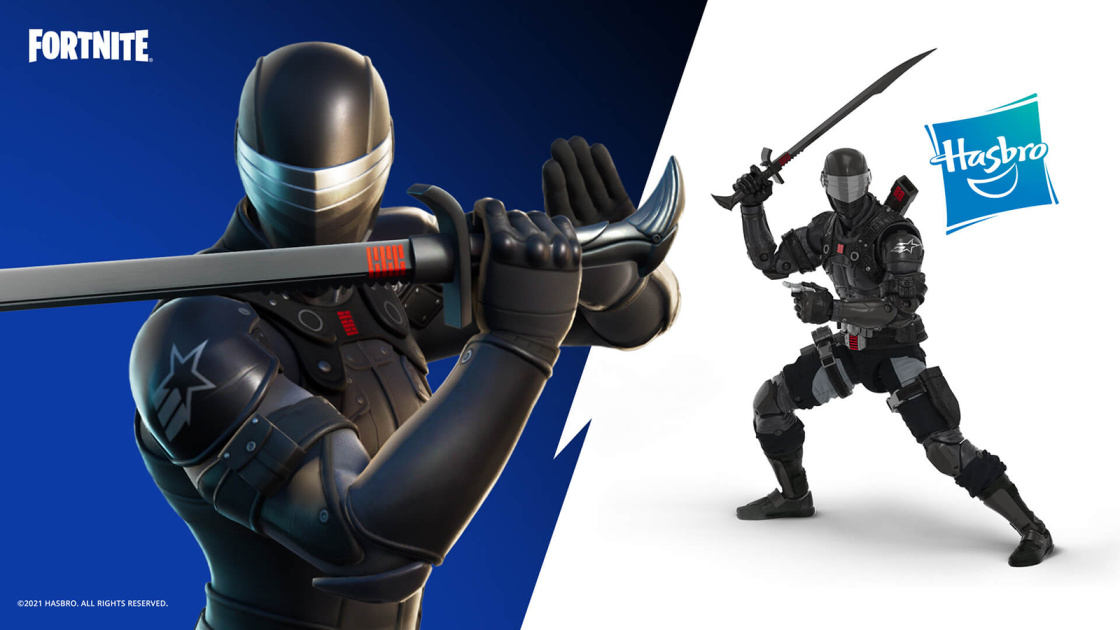 It’s no longer rare to see action figures for video game characters, but an action figure designed to accompany the character is relatively rare — and Epic Games wants to give it a try. The developer has released a Fortnite outfit for GI Joe’s Snake Eyes alongside an upcoming Hasbro action figure based on that skin. You’ll have to spend $40 to pre-order that real-world figure and wait until January 2022 to receive it, but it could be appealing if you like the mysterious ninja enough to want a physical memento.

Snake Eyes will rotate out of Fortnite’s shop at an unspecified point.

'Fortnite' gets a 'GI Joe' character with a matching action figure