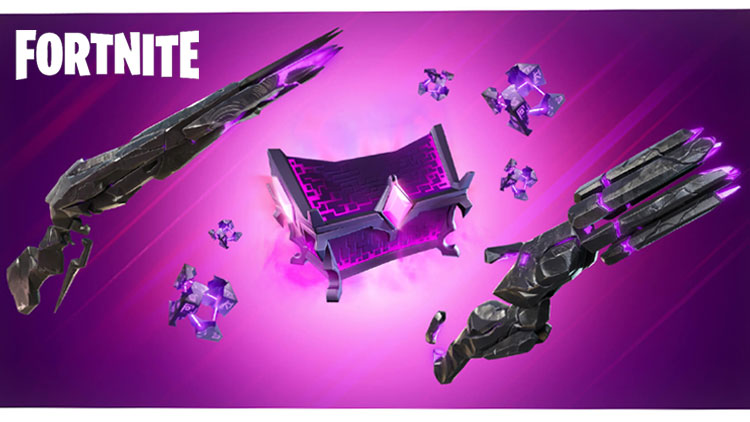 Players are starting to believe that Fortnite Season 8 is the end of Chapter 2, but do their theories hold up?

To people who don’t play Fortnite, it may just seem like another Battle Royale. However, hardcore fans know that Fortnite has rich lore.

Fortnite uses unconventional storytelling to carry its narrative. While the goal of the game is to be the last player standing, The Island tells a story of its own. Fortnite has split its story into two chapters and splits those chapters into seasons.

Now, players believe that Fortnite’s second chapter is coming to an end. We will dive into context clues, cosmetic descriptions, and blog posts to see if Season 8 really is the end of Chapter 2.

A lot of players believe that a single line of text in the latest Fortnite Crew promo debunks the Chapter 3 theories. In the November 2021 Crew Pack, a promo image states players will have access to the Chapter 2 Season 9 Battle Pass.

However, only the in-game promo image references Chapter 2 Season 9. It doesn’t appear anywhere on the official blog post.

That being said, it is unlike Epic Games to reference a specific season if it does not plan to have that season. As well, Epic could have just said “Next Battle Pass” and left off “For Chapter 2 Season 9”.

Now, let’s get into why players think Season 8 is the end of Fortnite Chapter 2. The first reason is the choice of wording Donald Mustard used in a tweet. He was expressing his excitement for Fortnite’s future.

In classic Mustard fashion, he stated that Chapter 2 Season 8, and the two after it are his favorite parts. Fans of Fortnite find it odd that he wouldn’t just say Seasons 9 and 10. This leads players to believe that the two chapters following Season 8 will be in Chapter 3.

Donald never name-dropped Season 9 & 10, he just say Season 7 and “the two after it”. And then there’s that last sentence.

A recent hotfix updated the Blackhole that appeared at the end of Chapter 1. This fix readded the code that loads players directly into the Blackhole. The Blackhole has been updated frequently over the last couple of seasons, but is it time for the updates to be put to use?

Read More: How to unlock the Cube Queen skin in Fortnite Season 8

As well, there are a bunch of new cosmetics from Chapter 2 Season 8 that make it seem as if this really is the end. We won’t go into all of them, but the tweet below from HYPEX shows all of the Chapter 3 clues.

The Blackhole has been updated again yesterday, they added back the hotfix that makes the game load you directly into the Blackhole.

But what do you think? Is Season 8 really the end of Fortnite Chapter 2, or is Chapter 3 two more seasons away? Let us know your thoughts via below comment section.

They said countdown! But no countdowns came.