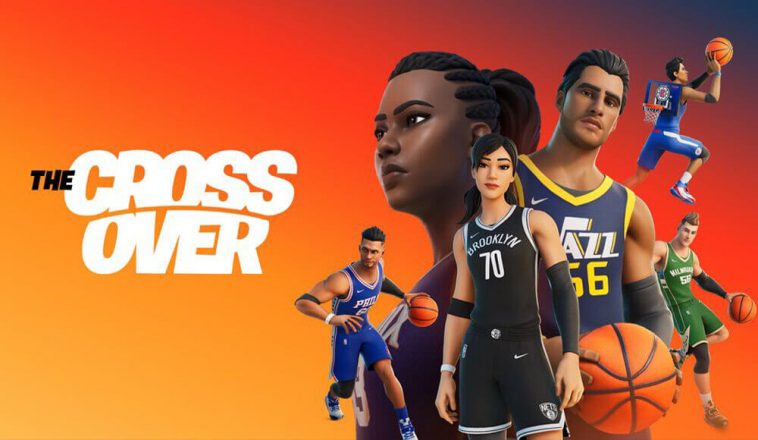 Fortnite has launched its official collaboration event with the NBA. During the Fortnite x NBA The Crossover event, players can choose a team to rep and earn points for.

First, players will need to visit nbateambattles.fortnite.com to sign in and choose a team to rep. After this, they can start to earn points for their team. Each day at 12 a.m. EST, a new task will be unlocked that will earn 1,000 points for the player’s team once completed. The first task is to play for 24 minutes in regular solo, duos, trios, or squads mode.

There will be five challenge tasks with the last one unlocking on May 23. From May 22 to 23, players will also be able to complete repeatable tasks that will earn more points for their team. The team with the most points scored at the end of the event is the winner.

There are also six new NBA skins which feature all new character models. There are 31 different uniforms the skins can wear including all 30 of the NBA teams. The set also includes a Mini Hoop Back Bling and the Hookshot Emote. These can be used together to shoot and score on the go. Lastly, the Dribblin’ traversal Emote allows players to school their opponents on and off the court.

Fortnite Season 6’s second Wild Week is here and it puts a major emphasis on fishing. Grab a rob and gear up for the Fish Fiesta.

Prop Hunt has long been part of collective gaming culture. The mode has finally arrived in Fortnite and it looks to be a whole lot of fun!

Due to some mishaps on the part of Epic, Fortnite has been suffering some negative strides. In order to switch things back around, the devs need a successive streak of victories.

Prop Hunt has been a much asked for ‘just for fun’ mode and Epic is now delivering. This, along with great v9.30 changes, could really bring back a lot of excitement for Fortnite!

Fortnite’s Creative mode is a stirring pot of creative genius and remarkable talents. For the lucky few chosen by Epic, the creations made in Creative become legendary adventures played by millions.

Prop Hunt has been brought to life by a team of talented Creative creators. The team at StrayKite managed to create a replica of the classic experience that plays like a dream.

The mode is available to play now in Creative & Playground lobbies.

The basic rules of Prop Hunt are as follows:

Epic Games has not given any end-date for the Prop Hunt island feature, but the prop hunt mode can always be played from here on out. This can be done by using the Island Code provided by Epic (6069-9263-9110).

Back to Top
Close Add post
X
Zhang Yiming, Co-Founder of TikTok Parent Company ByteDance, Steps Down as CEO…HollywoodZhang Yiming, co-founder of Chinese tech giant ByteDance, parent company of TikTok, announced Wednesday that he is stepping down as the company’…

X
The Friends Reunion Has an Actual Trailer and There Are Actual Tears…Hollywood"Friends: The Reunion" Trailer Will Bring You to TearsIt's official: This Friends reunion is going to wreck us.  HBO Max just released a ful…
close