Home EntertainmentTV Fox News Denies Any Serious Conversations With Matt Gaetz: “We Have No Interest In Hiring Him”

Fox News Denies Any Serious Conversations With Matt Gaetz: “We Have No Interest In Hiring Him” 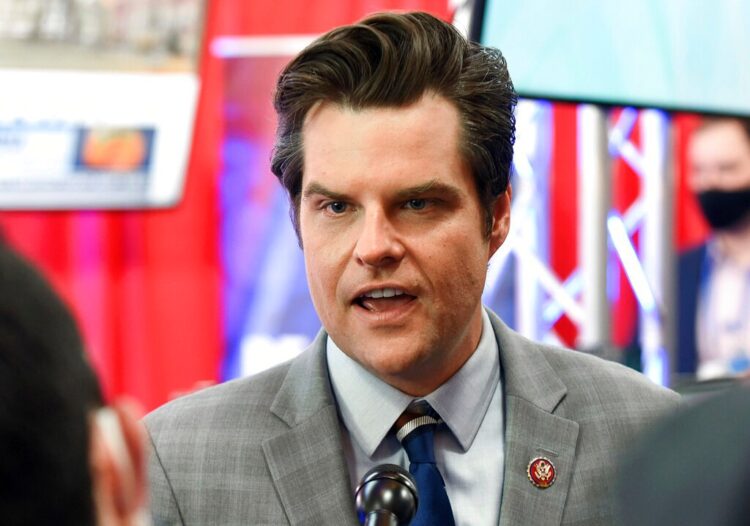 Fox News said that there are no serious discussions with Rep. Matt Gaetz (R-FL) about joining the network, after he indicated to The Daily Beast that he was talking to them.

“No one with any level of authority has had conversations with Matt Gaetz for any of our platforms and we have no interest in hiring him,” a Fox News spokesperson said.

In an interview with The Daily Beast, Gaetz listed Fox News among a series of outlets he’s talked to about some kind of a role after he leaves Congress. Earlier this week, Axios reported that Gaetz has had discussions with Newsmax.

“There is not a single conservative television station I haven’t had a passing conversation with about life after Congress. I have neither received nor solicited offers from any of them,” Gaetz said. “But yes, I’ve talked to either executives, producers or hosts at Newsmax, OAN, Fox, Fox Business, Real America’s Voice and probably others I’m forgetting in this moment as I focus intently on refuting false accusations against me.”

The New York Times reported on Tuesday that Gaetz was facing a Justice Department investigation of whether he violated federal sex trafficking laws by having a sexual relationship with a 17-year-old female.

In an interview with Fox News Tucker Carlson, Gaetz denied the allegations and even the existence of the 17-year-old. But he also said that he and his family are the victims of an extortion plot, claiming that a former Justice Department official was seeking $25 million “in exchange for making horrible sex trafficking allegations against me go away.” He said that he alerted the FBI and that his father had agreed to wear a wire to uncover the extortion plot.

But many questions remain unanswered about the nature of the allegations against Gaetz — and the extortion attempt.

At one point during the Carlson interview, Gaetz told the host, “You and I went to dinner about two years ago, your wife was there, and I brought a friend of mine, you’ll remember her. And she was actually threatened by the FBI, told that if she wouldn’t cop to the fact that somehow I was involved in some pay-for-play scheme that she could face trouble, and so I do believe that there are people at the Department of Justice who are trying to smear me.”

Carlson, though, said that he did not “remember the woman you are speaking of or the context at all.” He later said that the interview with Gaetz was “one of the weirdest interviews I have ever conducted.”