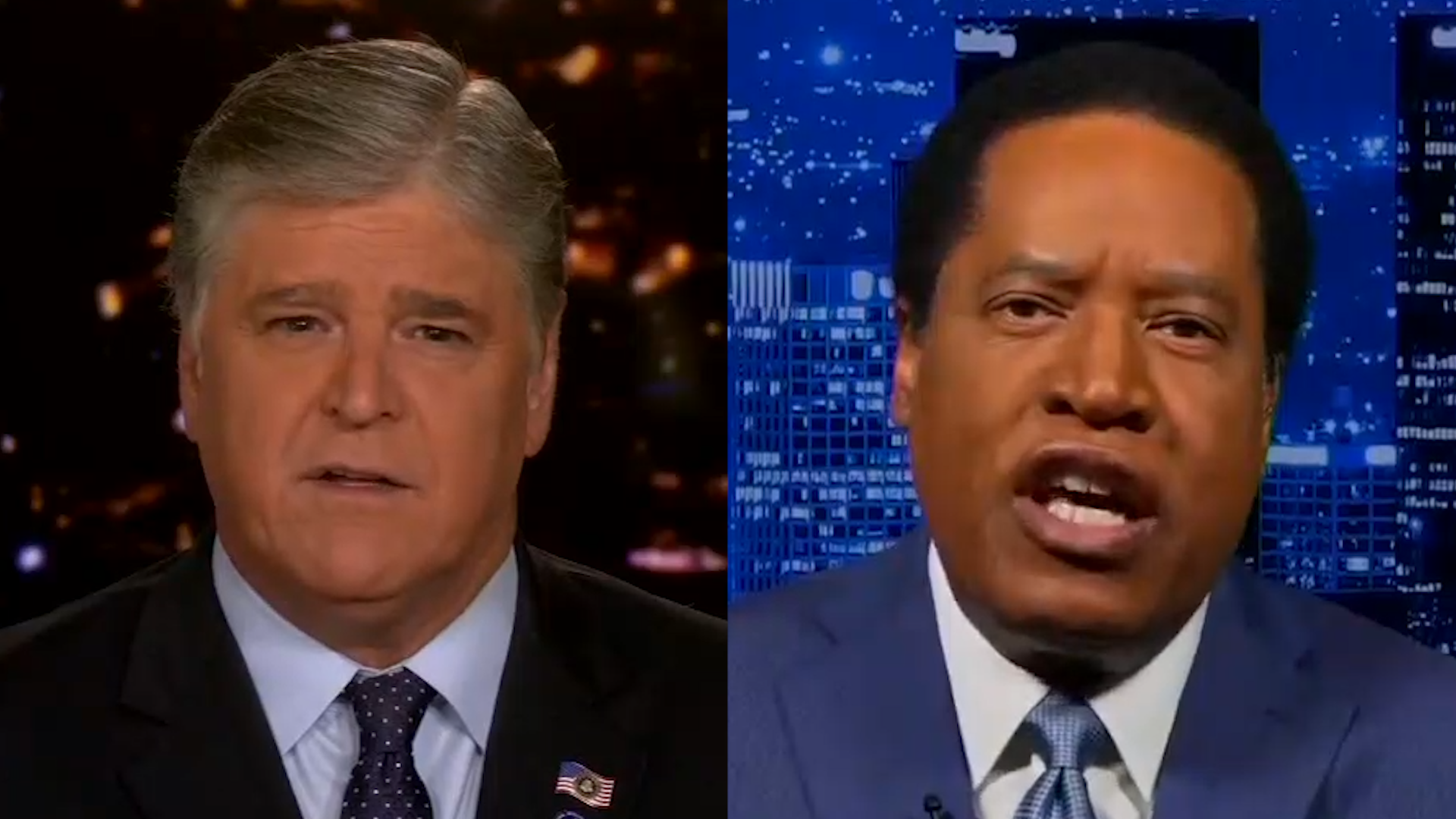 Frequent Fox News guest Larry Elder appeared Thursday on Hannity, where he addressed the assertion made by many commentators that the supporters of President Trump who stormed the Capitol on Wednesday would have been treated differently had they been Black.

In an attempt to disrupt the certification of the presidential election, rioters overwhelmed police and made their way into the Capitol, ransacking offices and the Senate chamber, and forcing legislators to retreat to secure locations. While there were violent clashes between police and the rioters with dozens of arrests, police can also be seen on video letting those who stormed the building walk out freely.

Just think of the carnage had they not been white.

Elder dismissed the notion that things would have gone worse if the rioters were not white.

As proof, Elder cited a 2016 study that appeared in the New York Times and a study published in the Washington Post that researched data going back to the 1970s. Both studies showed that, once a subject is stopped, a police officer is more likely to shoot a white person than a Black person. The Times article also stated that Black people are much more likely to be stopped by police than white people.

Elder cited this data on police shootings before stating, “If these protesters had been black, the likelihood is it would have been worse because the police would have been more reluctant, more hesitant to use force against Black people than white people, as evidenced by studies going back to the ’70s.”

What Elder failed to mention is that the study that appeared in the Times also found that there is a clear bias against Black people in police use of force, which was much more prevalent at the Capitol on Wednesday than shootings. There was only one person shot by police at the Capitol, a woman who later died of her injuries.

Among the many voices who disagree with Elder’s opinion is President-elect Joe Biden, who gave a statement on the matter earlier in the day.

“No one can tell me if it had been a group of Black Lives Matter protesting yesterday, they wouldn’t have been treated very, very differently than the mob of thugs that stormed the Capitol,” Biden said. “We all know that’s true, and it is unacceptable. Totally unacceptable.”

Watch Stephen Colbert call out Fox News for inciting ‘insurrection’ following the storming of the Capitol: