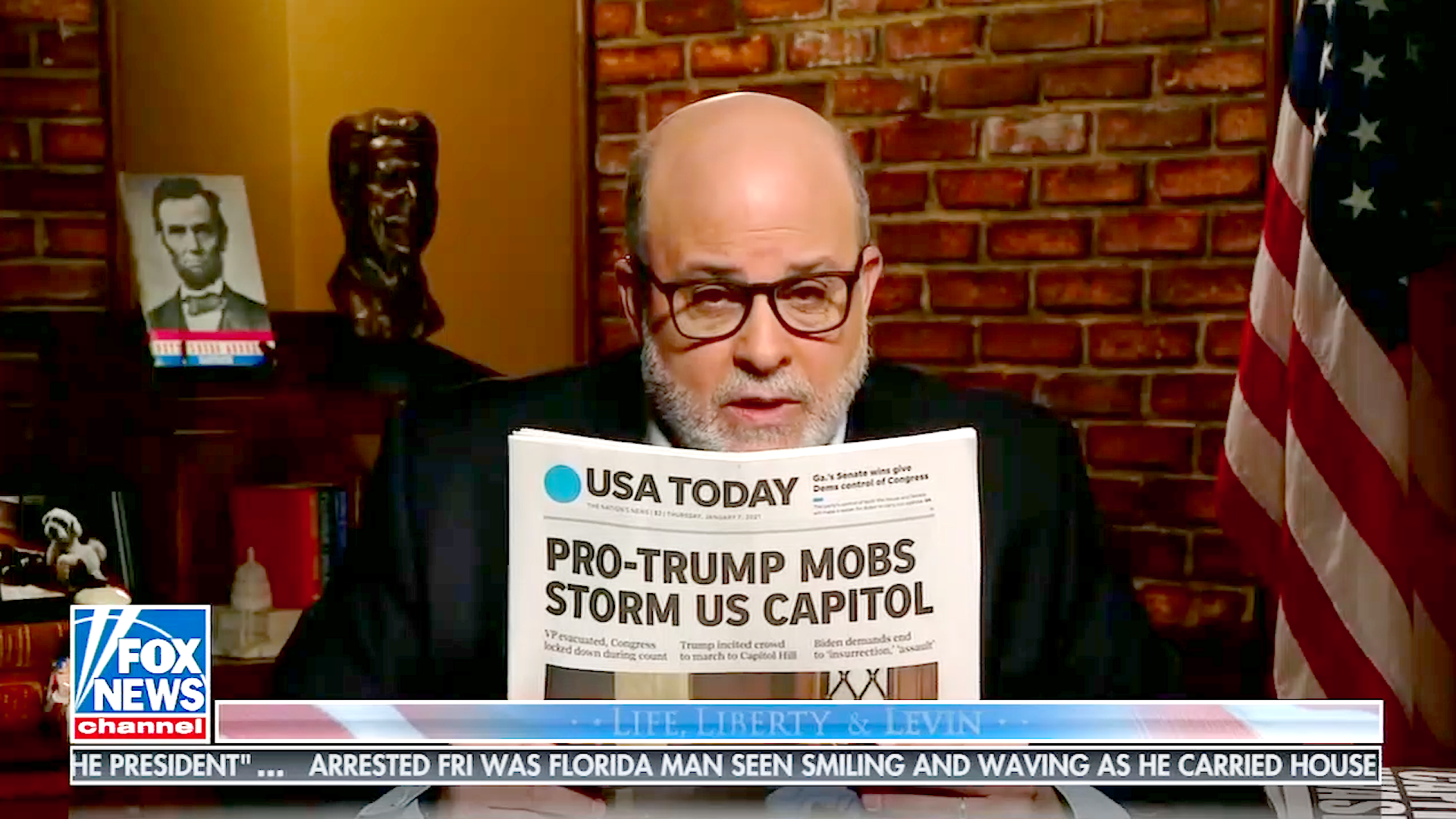 During his Sunday show, Life Liberty, and Levin, FOX News host Mark Levin called out the media for linking the recent Capitol riot to outgoing President Trump and other conservatives. Despite working for the most watched cable news channel in U.S. history, he believes he is a victim of the media. He even opened the show with a hyperbolic warning for his viewers.

“Warning,” he said. “Anything I say this evening will be used to attack me by the press, the Democrat party and never-Trumpers.”

Levin believes the media is purposely misleading people by tying the recent violence at Capitol Hill to Trump and his supporters. He had a stack of newspapers, which he read the headlines from and made bipartisan edits.

Levin talked about the media exploiting the Capitol riots, which left five people dead, as a means to silence conservatives.

“The media has played a huge, huge role in what is going on in his country and they are exploiting out what took place on Capitol Hill,” he said. “They are trying to silence conservatives, silence Republicans and unfortunately a lot of Republicans are buckling.”

See why Nancy Pelosi believes ‘deranged’ Trump should be prosecuted for inciting insurrection: