Home General France begins to allow some travel from the U.K. as the E.U. urges countries to lift bans.

France begins to allow some travel from the U.K. as the E.U. urges countries to lift bans. 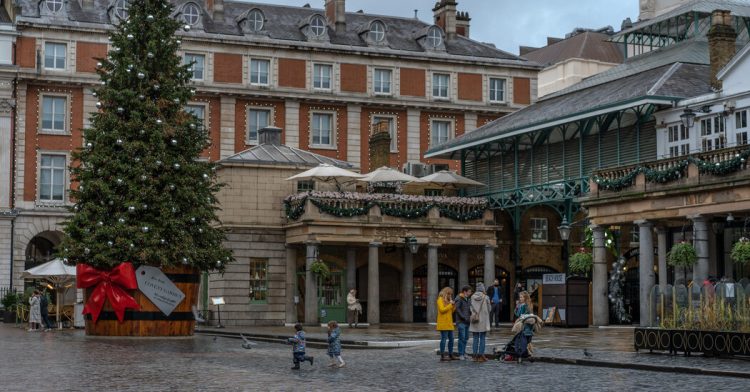 Britain and France reopened their border to some travelers on Tuesday and inched closer to a deal that would allow freight trucks to resume moving between the two countries, raising hopes of relief for hundreds of drivers stuck near British ports and for supermarkets warning that they could soon run short of fruit and vegetables.

On Sunday, France closed its border for 48 hours, fearing the spread of a new and possibly more transmissible variant of the coronavirus in Britain. That left more than 1,500 trucks stranded in the southeast as the Port of Dover and the Eurotunnel were shut to outbound traffic. Some drivers slept in their trucks for two nights.

As talks to break the impasse continued, France announced on Tuesday night that select groups of people would be allowed to travel from Britain to France if they could produce proof of a recent negative coronavirus test.

Those now allowed to travel include French and European Union citizens, noncitizens with a permanent residence in France, and other people whose travel is deemed essential. They include diplomats, health workers helping in France’s fight against Covid-19 and the drivers and crew of passenger planes, trains and buses.

Dozens of nations rushed to close their borders with Britain in recent days over concerns of a newly discovered coronavirus variant spreading there. Prime Minister Boris Johnson of Britain said over the weekend that it had been shown to be more contagious than other variants. British officials said there was no reason to believe that the new variant caused more serious illness, and most experts doubt it will render the current vaccines ineffective.

France’s loosening of travel restrictions followed a call from the executive arm of the European Union for member states to lift blanket bans on air and train travel. It recommending testing or quarantines instead.

“Flight and train bans should be discontinued given the need to ensure essential travel and avoid supply-chain disruptions,” the European Commission said in a statement.

Hours earlier, Dr. Ugur Sahin, the co-founder of BioNTech, which developed the first vaccine approved in the West in partnership with Pfizer, said that it would take two weeks to conduct laboratory studies that would provide a fuller understanding of how the mutations might impact the effectiveness of the vaccine.

“We believe that there is no reason to be concerned until we get the data,” he said.

If an adapted vaccine were necessary, it could be ready within six weeks, Dr. Sahin told a news conference on Tuesday. But it would require additional approval from regulators, which could increase the wait time, he said.

The new variant, first detected several months ago, spread through southeastern England and has also been identified in small numbers in Denmark, the Netherlands and Australia, according to World Health Organization officials.

The W.H.O. sought to temper the growing sense of alarm over the new variant and the danger it poses. “There is zero evidence at this point that there is any increase in the severity associated with this disease,” Mike Ryan, the W.H.O. emergency director, said at a virtual news conference.

The United States has not put in place a travel ban on Britain. There are no confirmed cases of the variant circulating in the United States, but that does not mean it hasn’t already reached American shores.

The rush to try to beat the pathogen by closing borders brought back memories of the world’s reaction after the coronavirus first emerged broadly in the spring. Most of those initial travel prohibitions came too late, after the virus had already seeded itself in communities far and wide.

Some experts say the tactic threatens to cause more economic and emotional hardship, as the devastation wrought by the virus continues to grow. And since it is not known how widely the variant is circulating, the bans might not even slow it down much.

“It is idiotic,” was the blunt assessment of Dr. Peter Kremsner, the director of Tübingen University Hospital in Germany. “If this mutant was only on the island, only then does it make sense to close the borders to England, Scotland and Wales. But if it has spread, then we have to combat the new mutant everywhere.”