France has kept schools open without driving up infections, and other news from around the world. 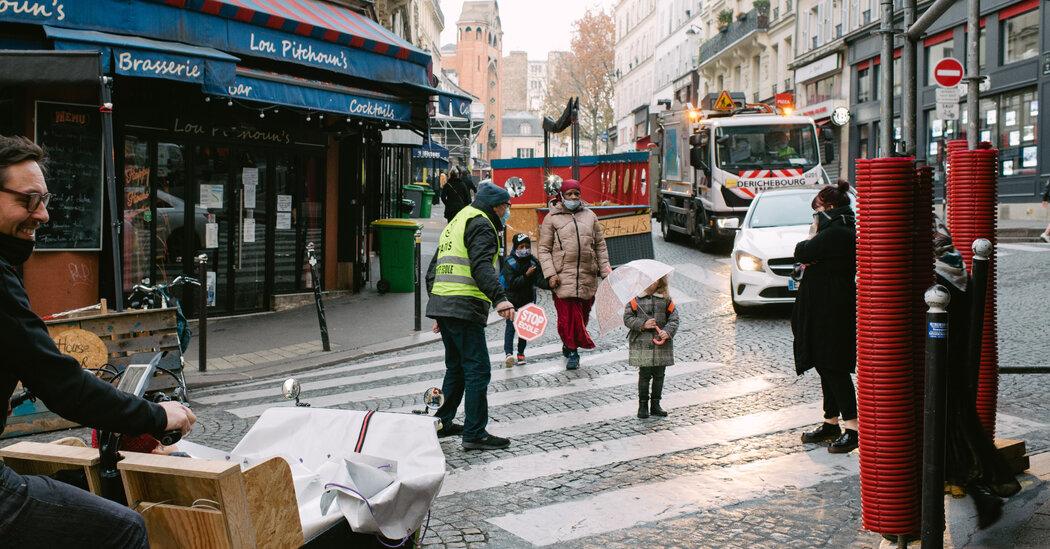 And yet schools across France have remained open during the latest lockdown, in sharp contrast to New York City, which closed schools after its average test positivity rate climbed to 3 percent before abruptly deciding to reopen elementary schools over the weekend.

Even as the virus has surged again in Europe, classrooms across the continent have largely remained open despite increasing restrictions, in a significant departure from the first lockdowns last spring. Based in part on scientific evidence that young children are low transmitters of the virus, the decisions have helped soften the pandemic’s academic and economic blows.

“Obviously, the decline has been slower because schools are open, but we had to find a middle ground,” said Yazdan Yazdanpanah, an infectious disease specialist and a member of France’s Scientific Council, which advises the government on the pandemic. But, he added, the slower drop in infections has been offset by positive effects on education, mental health and the economy.

Three months into France’s school year, schools have not become a major driver of infections. Only 7,776 schoolchildren tested positive for the coronavirus last week, or just 0.06 percent of the country’s 12 million schoolchildren, according to figures released by the Education Ministry.

On Nov. 27, out of 61,500 schools, only 19 primary schools, three middle schools and three high schools were closed because of outbreaks.

France’s experience, at least so far, suggests that it is possible to flatten the curve, or bend it down, even when schools are open. A week ago, France’s 14-day rate of infection was nearly 800 per 100,000 people; as of Wednesday, it had dropped to 483.

With schools open, parents have been able to focus on their work at home or commuting to their workplaces, which has helped blunt the second lockdown’s depression on the economy. The country has shuttered cafes and restaurants through at least mid-January, but allowed essential sectors to keep operating. The Eiffel Tower, it was announced on Tuesday, will reopen on Dec. 16; the monument, one of the biggest tourist attractions in Paris, has been closed since late October.

The South African Premier Soccer League is back with a high-octane Soweto...
Read more

New coronavirus strains now in dozens of countries, says WHO urging that...

The sex text scandal that has gripped...
Read more

Redmi 8, Redmi 8A Start Getting MIUI 12 Update in India