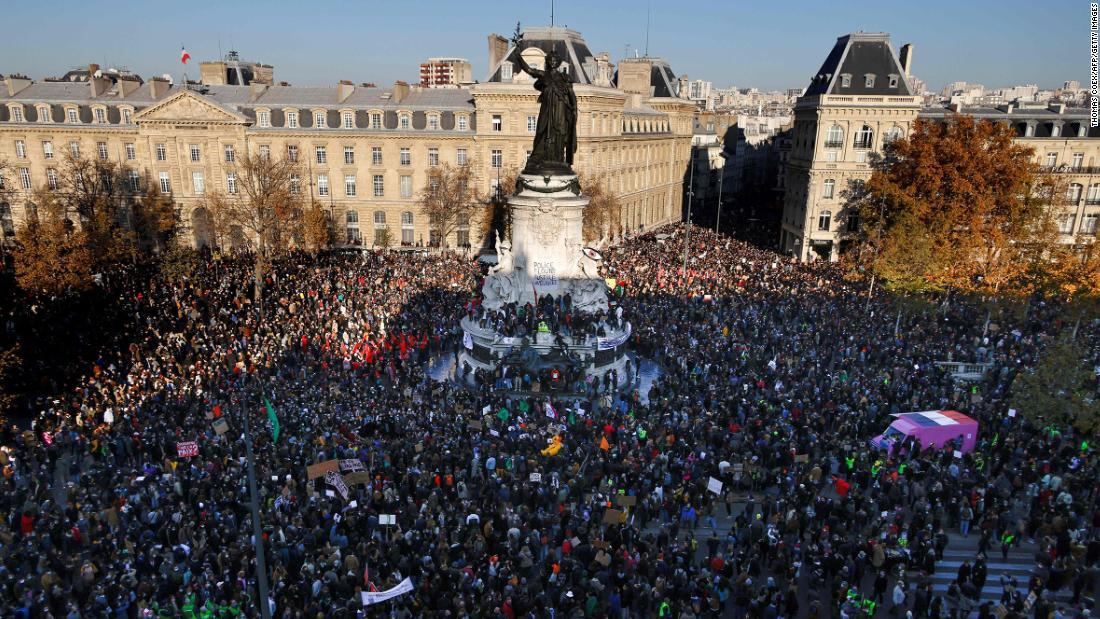 “It is because we are resolved to protect our police forces and to do so without ambiguity, but also to remove doubts and misunderstandings […] that we are therefore going to propose a complete new wording of Article 24,” Christophe Castaner, the leader of Macron’s La Republique En Marche! party in parliament, told a press conference.

Castaner did not specify how Article 24, which would penalize the dissemination of images of policemen with the intent to cause them harm, might be rewritten.

Demonstrations have taken place across France over the past week against the so-called “global security law,” which also includes controversial provisions that critics say would expand the state’s right to monitor its citizens.

There is also opposition to the so-called “New National Policing Scheme,” announced in September by Minister of Interior Gerald Darmanin, which requires journalists to disperse during demonstrations when ordered to do so by the police, thus preventing them from covering the aftermath of protests in real time, which in recent years have often been stormy.

More than 100 local elected officials from the Paris region announced their participation in a protest on Saturday via a public forum in French weekly newspaper Le Journal du Dimanche.

The protests marked the end of a tense week that saw two major incidents of police violence, just as the law was being reviewed by France’s lower chamber, the National Assembly.

The bill was adopted by the National Assembly on Tuesday and was due to be put to a vote in the Senate early next year.