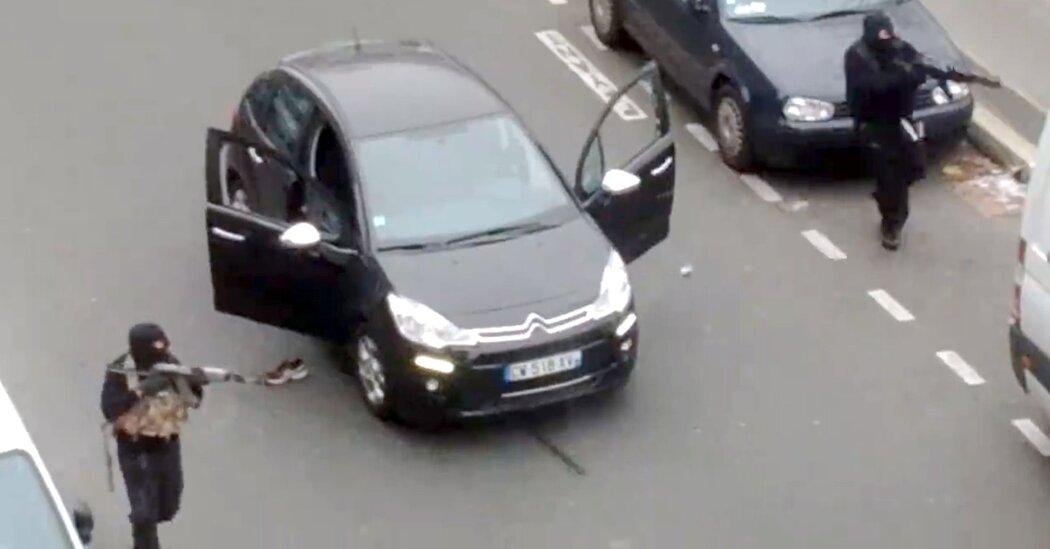 PARIS — A French court on Wednesday found all 14 defendants guilty in a landmark trial for the terrorist attacks that killed 17 people in January 2015, including 10 staff members of the satirical magazine Charlie Hebdo that had published cartoons of the Prophet Mohamed.

In a separate but coordinated attack two days later, four people were killed at a kosher Paris supermarket. The perpetrator, Amédy Coulibaly, identified customers as Jews before shooting them. Mr. Coulibaly, who was killed in a shootout with police, declared he was murdering the people he hated most in the world: “The Jews and the French.”

Régis de Jorna, the presiding magistrate, wearing a mask and a red robe, read the verdict to a hushed wood-paneled courtroom in northern Paris, where the masked defendants sat boxed in a glass enclosure. Six of the eleven accused who were present in court were acquitted of the charge of terrorist association but found guilty of lesser crimes.

Three other defendants were tried in absentia. Two of them are presumed dead. Another, Hayat Boumeddiene, Mr. Coulibaly’s partner at the time, was sentenced to 30 years in prison for being part of a criminal terrorist network. Terrorist trials in France are judged not by jury but by five magistrates.

The sentences handed out ranged from four years to life imprisonment, slightly less on average than the prosecution had sought. Mohamed Belhoucine, who is presumed dead in Syria, was handed the heaviest sentence for his role in “mentoring” Mr. Coulibaly. His brother, Mehdi, was not sentenced because, the court said, the evidence he is dead is overwhelming.

One other defendant, Ali Riza Polat, was sentenced to 30 years for playing “an essential role” in the preparation of the attacks. His lawyer immediately said he would appeal.

With the three perpetrators all dead — Said and Chérif Kouachi, the brothers who massacred the staff of Charlie Hebdo, were also killed in a shootout with police in 2015 — the trial focused on people charged with providing logistical support, including cash, weapons and vehicles. They all proclaimed their innocence during the trial, sometimes in vehement outbursts suggesting the outcome of the proceedings was preordained.

The trial, which opened more than three months ago, was delayed for several weeks by a coronavirus outbreak among the accused. It began life in September with the hope that it might assuage the pain of 2015, when 130 people were killed in and around Paris in a succession of jihadist attacks. That hope proved vain.

Instead, the trial served as backdrop to renewed terrorism. A stabbing in September outside Charlie Hebdo’s headquarters left two people injured. Samuel Paty, a history teacher, was beheaded in October after showing his class the caricatures of the Prophet Mohamed that ignited the devastating violence of 2015. Later that month, three people were killed in a stabbing attack in a Catholic basilica in Nice.

And so, the trial proved to be less catharsis than catalyst. France’s agonizing trial by jihadism goes on. The country is not moving on, not yet at least. To right and left, positions are hardening, tensions sharpened by the pandemic, acute economic difficulty and repeated clashes between protesters and police over a range of issues.