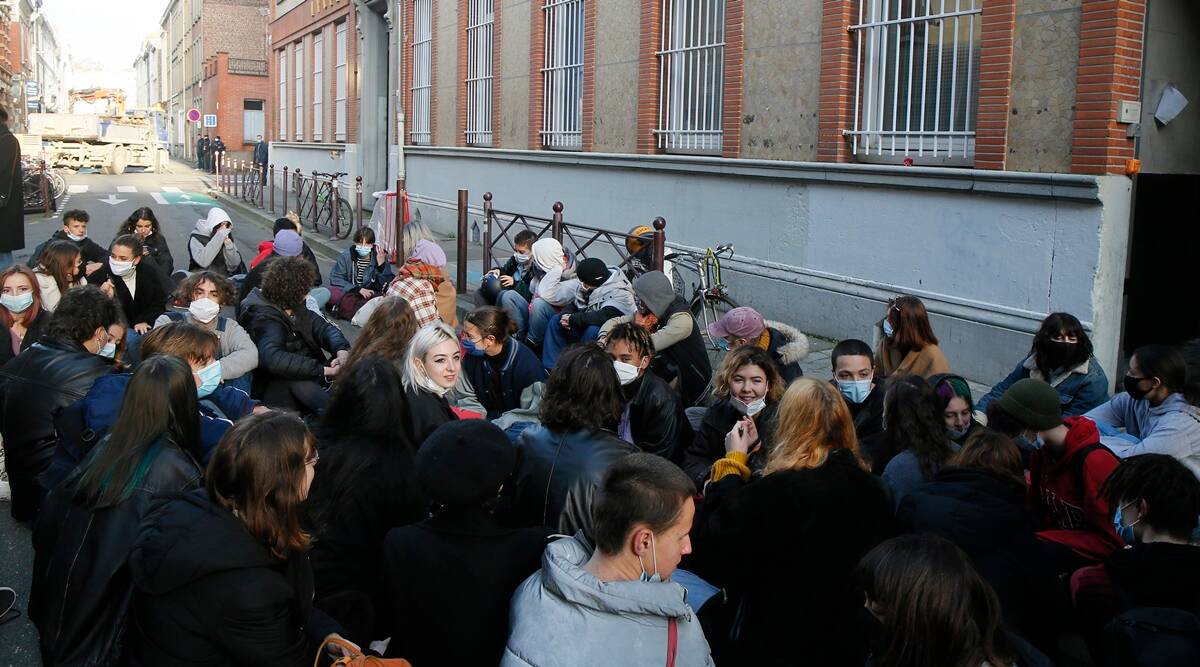 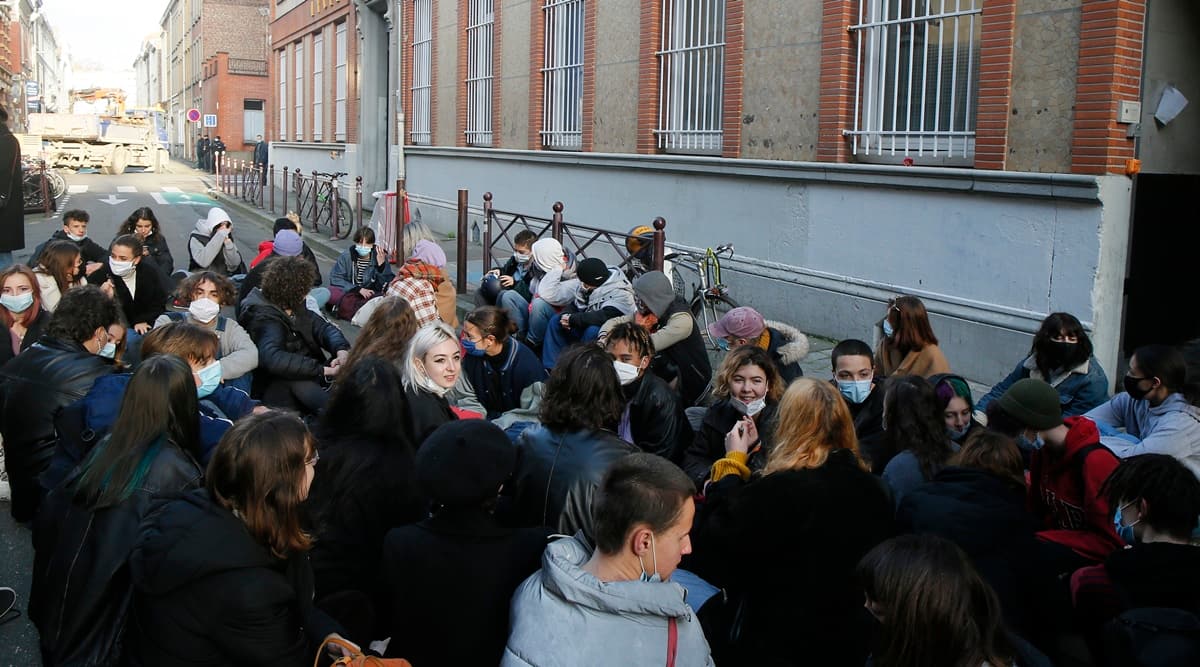 Students stage a sit-in outside the Fenelon High School in Lille, northern France, Friday, Dec. 18, 2020. Fouad’s fellow students were upset that the school’s announcement about her death referred to Fouad as a male pupil, and said some teachers refused to refer to Fouad as “she”. (AP Photo/Michel Spingler)

About 100 teenagers rallied in northern France to pay homage to a transgender student who killed herself this week after facing tensions with school officials for wearing a skirt to class, a case that has drawn online indignation and national attention to the issue of gender identity.

The students held a sit-in and a moment of silence outside the entrance to the Fenelon High School in Lille as school started Friday, expressing their anger and distress at the suicide of their classmate Fouad.

Fouad, 17, killed herself Tuesday in a shelter where she had been staying, the school district said in a statement. She was identified only by her first name according to French policy for protecting minors. A psychological support programme was put in place for the students.

Classmates said Fouad had recently decided to go public about identifying as female and been summoned to speak with a school official after she wore a skirt to class.

In a video that Fouad shared with friends and online, she is heard talking with the official, who argues heatedly that the teenager was upsetting others in the school. Fouad is in tears.

The suicide prompted calls for more concerted efforts in the French education system to address gender identity issues in classrooms and to protect transgender students.

France’s minister for diversity, Elisabeth Moreno, tweeted that suicide in the transgender community is seven times the average, adding, “We must absolutely fight transphobia, everywhere.”

Education Minister Jean-Michel Blanquer tweeted, “Fouad’s death challenges our society about everything we must do to ensure that everyone’s rights are respected.”

Fouad’s fellow students were upset that the school’s announcement about her death referred to Fouad as a male pupil, and said some teachers refused to refer to Fouad as “she”. Fouad’s supporters put up signs around the school supporting trans rights that school officials took down, before later agreeing to repost them amid uproar.

Activist groups say several thousand people in France are transgender, and that they face routine abuse or discrimination despite regulations against it.

Arnaud Alessandrin, a sociologist at the University of Bordeaux who has written books about gender identity, said the French government is behind European neighbours in terms of transgender rights, and he welcomed the public outcry over Fouad’s death as a sign that awareness is growing.

“A few years ago, people didn’t care” about the suicide of a trans youth, he said. “Today, they are indignant. People are starting to say that it’s not normal.” Alessandrin said the attitude shift is coming about due to high school students, “who are speaking out more. The education system can no longer ignore them.”

He said he is increasingly contacted by school nurses and counsellors seeking advice on how to support trans students as they seek to change their names, appearances and other forms of gender expression “but there are still a considerable number of institutions that don’t want to change”.

Fouad, who was of North African origin, had suffered both gender and racial discrimination inside and outside school, said a friend, Annabelle, who was at Friday’s protest. Annabelle did not want her last name published because of the sensitivity of the situation.

Fouad “was suffering a deep pain that dates to a long time ago”, and was aggravated by the situation around her gender identity at school, Annabelle told The Associated Press.

“We are here to send a message of tolerance,” Annabelle said. “And to tell Fouad we are here for her.”