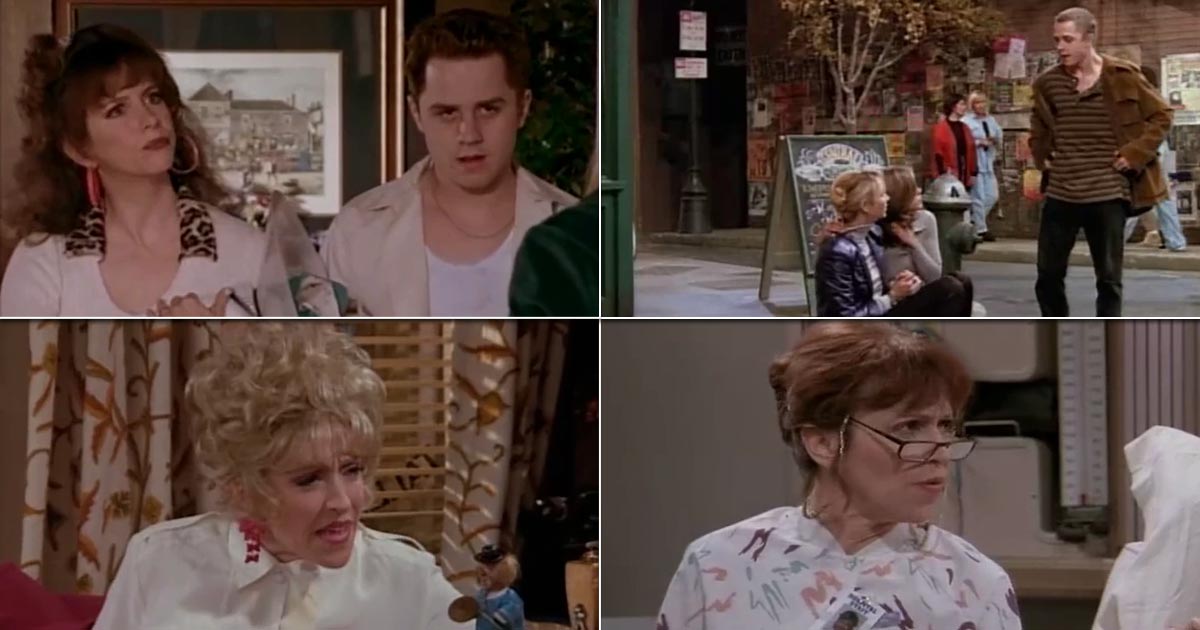 Is there anyone who did not enjoy watching Friends? Well, I am sure we can count on our fingers the number of people who must not have watched this superhit American sitcom. The show started in 1994 and completed its ten seasons in 2004, and yeah, people still love to watch it. With a series running over for such a long period of time sometimes the minor characters appear more than just once and also for different roles in the same show.

From Joey’s acting agent Estelle to Phoebe’s stepbrother Frank Buffay Jr, these characters played different minor roles too in the sitcom, but you may not have noticed them. Let us check how well do you remember these characters.

One of the frequently appearing characters on Friends was Joey Tribbiani’s agent Estelle who gave him acting gigs and all throughout the show. But Estelle seems to have already made her appearance in the first season of the show in the episode ‘The one with the birth’ playing the role of the nurse. Now, who knows how she turned out to become an agent from a nurse later in the show.

Another character of the show who made a mark with his unique character was Frank Buffay Jr. who plays the role of Phoebe Buffay’s stepbrother. He already made his appearance in the episode ‘The one with the Baby on the Bus’ as a random guy who accidentally drops a condom in Phoebe’s guitar case when she was singing outside Central Perk. But we do not see Phoebe remembering him later in Friends when she meets him and finds out that he is her brother.

In the first season of the show episode ‘The one with the stoned guy’, Phoebe introduces her massage client, Steve to Monica who was hiring a head chef for his new restaurant and Rachel does waitressing for Monica for the meeting. Well, the meeting turned out to be a disaster as Steve was stoned. Later we see that Phoebe sets up Rachel for a blind date with the same guy in ‘The one with the blind dates’ to make her date terrible, but Rachel does not recognize him.

THE ONE WITH THE CHEAP WEDDING DRESS

Must Read: From Abu & Genie To Timon & Pumbaa, These Disney Sidekicks Stole Our Hearts