Friends reunion to FINALLY start taping in LA next week; Cast members to return to the original show sets 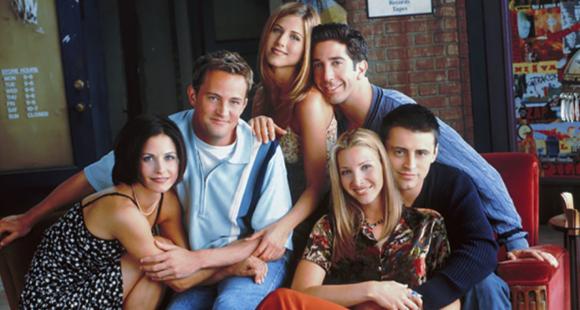 While most of the details are under wraps, we finally have an update on the Friends reunion and when it will start shooting! Scroll down to know.

Friends reunion to FINALLY start taping in LA next week; Cast members to return to the original show sets

The highly-anticipated Friends reunion is back on again! The much-awaited reunion special, which was delayed due to the pandemic, will finally begin shooting next week, according to Deadline. The HBO Max unscripted special will start taping in Los Angeles next week according to the report.

In the reunion, Matthew Perry, Jennifer Aniston, Courteney Cox, Lisa Kudrow, David Schwimmer and Matt LeBlanc are all set to return to the original Stage 24 soundstage on the Warner Bros. Studio lot in Burbank, California. The special will join all 236 episodes of the series on the streamer, which was revealed as the top show on the streaming platform.

If you missed it, earlier this month, David Schwimmer recently teased what to expect from the special. During his appearance on SiriusXM’s “Andy Cohen Live”, the 54-year-old actor revealed that “in a little over a month I’m heading out to L.A.” He added, “so, finally, I mean, we figured out a way to film it safely and there’s going to be a portion of it that we filmed outside because of, you know, for safety protocols.”

Andy also tried to get David to reveal who would be hosting the reunion with him, and the other cast members, but he wasn’t spilling any more details. “It’s not Ellen [DeGeneres], it’s not Billy Crystal. I could tell you who it’s not,” David said.

ALSO READ: Courteney Cox aka Monica”s Friends apartment is ‘coming alive again’ in THIS glimpse from much awaited reunion