Home General From ‘airspace developments’ to 3D-printed schools: How the construction industry is changing

From ‘airspace developments’ to 3D-printed schools: How the construction industry is changing 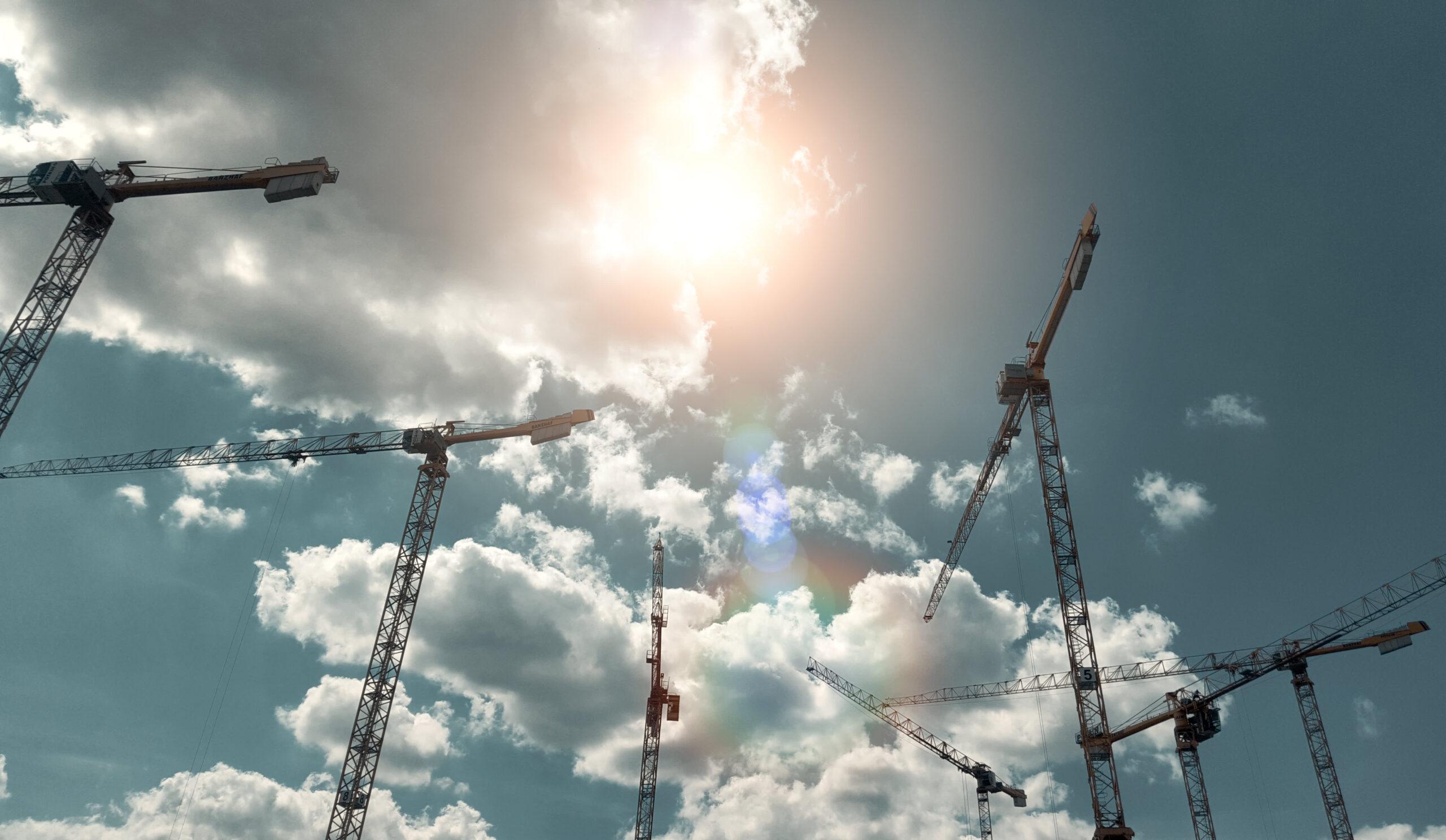 Construction cranes in the center of Berlin, Germany

Whether it’s futuristic skyscrapers that glint in the sunshine to terraced developments built over 200 years ago, buildings come in all different shapes, sizes and styles. The techniques and methods used to develop these structures are just as varied.

In the U.K., where space can be at a premium and demand for housing high, the role of modular buildings put together at an offsite location before installation could be quite significant in the years ahead.

Earlier this week it was announced that the cabinet of Newham Council, in east London, had approved plans for a modular scheme that would “scope potential for building new homes on top of existing council blocks.”

In a statement issued on Monday, the council’s wholly-owned housing firm, Populo Living, explained how the first phase of the scheme could produce over 200 new homes which would be rented out at affordable prices.

The modular project would be centered around the concept of “airspace development.” Put simply, this refers to using empty airspace above pre-existing structures as a location for new housing stock.

A report on the project from Newham’s cabinet described the “airspace model” as embracing “the use of modular or offsite construction, resulting in homes being delivered more quickly and with minimum disruption to residents.”

Authorities in the area hope any homes built in such a way would be energy efficient and built to sustainable, “zero-carbon standards.”

The notion of using pre-assembled or pre-fabricated homes in the U.K. dates back many years, with a large number developed to tackle a significant housing shortage following the end of World War II.

Newham’s plans represent the latest example of how local authorities in the U.K. are combining this well-established idea with the “airspace model.”

Earlier this year, 11 factory-assembled apartments that stand on stilts were, with the help of cranes, installed above an open air parking lot in the St George area of Bristol, a city in southwest England.

The structures were designed by a firm called Zed Pods and have a number of sustainable features including roof-mounted solar panels, triple-glazed windows and solar-assisted heat pumps.

One of the advantages of modular housing is that, in a lot of cases, it can be developed quite rapidly.

Another way that firms can produce structures quickly is through the use of 3D-printing technology.

On Wednesday it was announced that 14Trees, a joint venture between LafargeHolcim and CDC Group — which is owned by the U.K. government — was “deploying 3D printing technology at scale to build affordable and low-carbon housing and schools in Africa.”

The program will begin in Malawi. CNBC has contacted LafargeHolcim for confirmation on when the scheme will commence.

The speed with which the buildings can be built is one advantage of the system being rolled out.

Around the world, a number of 3D-printed developments have been completed in recent years.

This summer, a 3D printer was used to build a concrete house in Antwerp, Belgium while in 2018, Arup and CLS Architetti, an Italian firm, were involved in a project that used a 3D printer to build a house, also made of concrete, in Milan. According to Arup, it took just 48 hours for the structure to be printed.