From Akshay Kumar, John Abraham to Sridevi; 5 Bollywood celebs who secretly got married 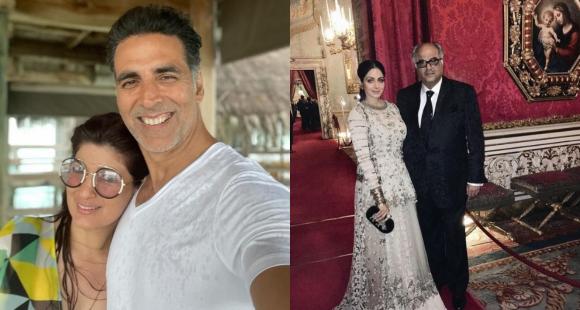 Today, we have compiled a list of B-Town stars that shocked their fans and the world by getting married in secret ceremonies. Take a look.

Well, it is no secret that Bollywood stars are under the constant glare of media and paparazzi. Paps minutely keep an eye on stars and thus try to catch every glimpse of their movement. It won’t be wrong to say that their personal life is not hidden from the eyes of the public. Right from their relationships and affairs to their personal life, celebrities are often in the public domain. Many times they are seen hiding from the public eye especially when it comes to their love life.

While many stars love to share their personal life including announcing weddings in public, a few like Akshay Kumar, John Abraham, Saif Ali Khan, Twinkle Khanna, Dharmendra among others like to keep it a low profile. To note, fans are always on the lookout for their personal details. Celebs marriages have always been the topic that attracts the utmost attention. There have been some celebrities who chose to get married secretly and later shocked the entire world. Let’s take a look at some celebs who got secretly married.

The couple is adored by millions for both on and off-screen chemistry. Back then, the actor was so much smitten by Hema that he converted to Islam to marry the Dream Girl. The yesteryear superstars fell in love with each other in the year 1970, on the sets of the film Tum Haseen Main Jawan. At that time, Dharmendra was already married to Prakash Kaur, and had two sons, Sunny and Bobby. He later divorced his former wife. Reportedly, Dharmendra and Hema got secretly married and later got hitched in Iyengar style since Hema Malini is an Iyengar.

After partying ways with Bipasha Basu, the Dhoom actor found love in investment banker Priya Runchal. The actor got married to Priya Runchal, an NRI financial analyst from the USA in a secret ceremony. According to ETimes, the couple got hitched on 3 January 2014 and had a celebration in Los Angeles.

Saif Ali Khan secretly tied the knot with Amrita Singh in 1991. It is said that the actor’s parents were disapproved of their relationship because of their age gap. Saif got married at a time when even his first film had not released. However, the couple mutually parted their ways. They got divorced in 2004. Saif and Amrita have kids Sara Ali Khan and Ibrahim together. Saif is now married to actress Kareena Kapoor.

Reportedly, Khiladi Kumar got married to actress Twinkle Khanna in a secret ceremony. The two had worked together in films like International Khiladi and Zulmi. The two shocked everyone when they announced their wedding.  They got married in 2001 and are parents to son named Aarav and daughter Nitara.

When late actress Sridevi and Boney Kapoor first met, the noted producer was married to Mona Kapoor. As per the Times of India report, Boney and Sridevi walked down the aisle in a secret temple ceremony in 1996.

Also Read: EXCLUSIVE: Hera Pheri 3 script locked, will take off from where part two ended with Akshay, Paresh and Suniel