Home EntertainmentHollywood From Angelina Jolie To Miley Cyrus, Hollywood Actresses Who Got Devanagari Tattoos Done & Made Us Proud About The Culture

From Angelina Jolie To Miley Cyrus, Hollywood Actresses Who Got Devanagari Tattoos Done & Made Us Proud About The Culture 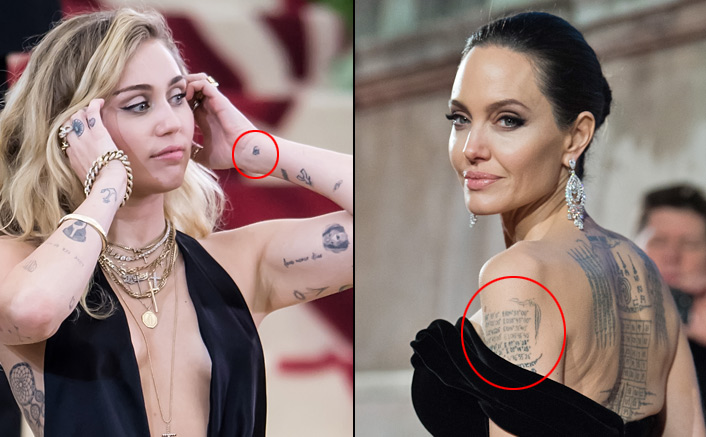 India and its culture is always something which has attracted several people from across the world. When we talk about the Hollywood industry and its growing obsessions with India, I can list several examples. From many famous Hollywood singers having their concerts in India to movies like Marigold Hotel etc. being shot in India, we can easily make out that our culture is a crazy influence. If all this was not enough, then many stars from Angelina Jolie to Miley Cyrus have tattooed Devanagari script on their bodies.

Yes! We know that most of you were unaware of this fact, but these A-listers have not shied away from exposing these tattoos, and we are so proud! Have a look at the list below.

There will hardly be anyone who doesn’t know Miley. Well, the singer turned actress is quite popular for her relationship status, controversial pictures and whatnot. Anyway, apart from this what grabs our attention is her tattoo. She has inked the word ‘Om’ written in Devanagari on her wrist. Not only Indians but people all across know the importance of the word ‘Om’ and the proof is right in front of your eyes.

To mark her son Maddox entering her life, Angelina Jolie got this tattoo on her back, which is written in the Pali script. She has a Buddhist Pali inscription, which reads as “May your enemies run far away from you. If you acquire riches, may they remain yours always. Your beauty will be that of Apsara. Wherever you may go, many will attend, serve and protect you, surrounding you on all sides.”

Rihanna had a verse of the Bhagavad Gita tattooed on the right side of her waist down to her leg. However, what made this tattoo infamous was that it was apparently a misquote as many Hindu scholars went on to fervently point out.

Must Read: A Cinderella Story, Ella Enchanted & More – 10 Live-Action Adaptations Of The Much Love Bedtime Story