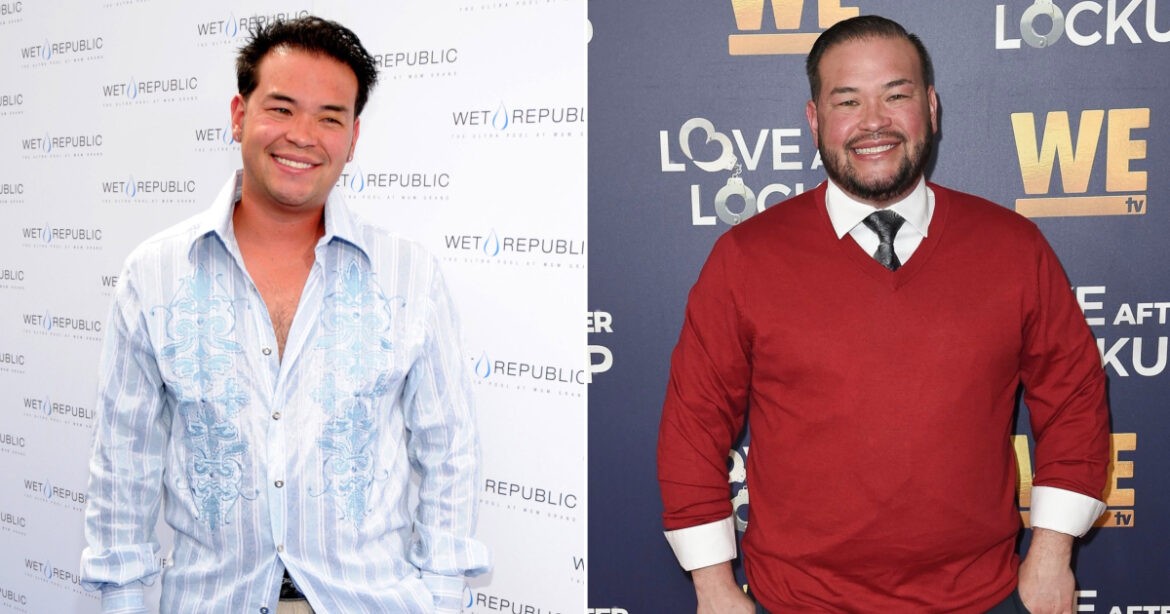 A lot has changed since we first met Jon Gosselin on TLC‘s Jon and Kate Plus 8 back in 2007 … including his appearance.

The father of eight — who shares twins Cara and Mady and sextuplets Collin, Hannah, Aaden, Leah, Alexis and Joel with ex-wife Kate Gosselin — has upped his style game in recent years. In 2021, it seems as though Jon has traded in his flip flops for trendy footwear and baggy jeans and T-shirts for form-fitting suits.

Unfortunately, though his style has evolved, his tumultuous relationship with the mother of his children has not. In September 2020, Collin accused Jon of abusive behavior, prompting County Children & Youth Services in Pennsylvania to launch an investigation.

Collin reportedly said his dad “punched” and “kicked” him in a since-deleted Instagram post. “My dad is a liar,” it read, via People. “Yesterday he beat me up and thought nothing of it, he punched me in the face and gave me a swollen nose and I started bleeding. He then continued to kick me in the ribs after I was on the floor. He is a liar.”

After Kate was notified of the alleged incident, she told the outlet, “You do not punch and kick your children. You do not kick a child. I don’t want to hear any excuses from anyone. I don’t want my children around [Jon].” Later, the reality TV mom called him a “violent and abusive person.”

A rep for Jon refuted the claims, however, telling In Touch — “Jon Gosselin is a loving father who has never abused his son. He has done nothing but parent his children and attempt to stay out of the public eye for years. The recent allegations were deemed unfounded by the police department and CYS within 24 hours. Kate’s malicious statements are libelous and if her false accusations of abuse continue, legal action will be taken.”

Prior to the alleged incident, things between the father and son were “going pretty well,” a source exclusively told In Touch. “He was happy with Jon’s girlfriend Colleen [Conrad] and seemed well-adjusted to living life with his dad, sister Hannah and Colleen’s kids.”

Keep scrolling to see photos of Jon’s transformation over the years.