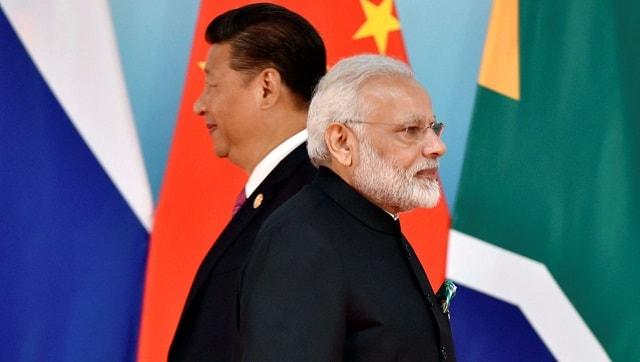 If diplomacy fails, guns talk, but one hopes both India and China will continue to show the same restrain in 2021 as they showed in this year of the pandemic despite casualties on both sides

The mistrust between India and China became clear when Prime Minister Narendra Modi pulled out of the China-backed Regional Comprehensive Economic Partnership (RCEP) in November 2019.

But back then no one could have imagined that a few months down the line the two countries would be involved in a skirmish that would not only lead to casualties on both sides, but would also see them firing shots after nearly 45 years, breaking some of the time-tested methods and protocols to resolve border issues.

While the world was busy fighting against the novel coronavirus

that has killed over 1.8 million and infected nearly 83 million, in June soldiers from India and China were involved in a skirmish that killed 20 on the Indian side and higher toll on the Chinese side.

After months of diplomatic and military level talks, the border issue between India and China remains unresolved and has entered into other spheres of relations. India has already banned several Chinese apps on grounds of security while reports have hinted at the govt mulling raising tariffs on Chinese products.

Growing tensions are also said to be the reason behind 39 Indian sailors who are stuck in two cargo ships anchored in Chinese waters with Beijing restricting them from unloading the cargo or change staff.

Though China has blamed COVID-19

rules and regulations for the delay, denying any links between the stranded Indian ship crew on its Chinese ports and its strained relations with India. Efforts to resolve the issue diplomatically are still underway, but it would be immature to accept Beijing’s official version for the logjam, especially since other ships have been allowed to unload their cargo.

China’s plan to build a hydropower project on the Yarlung Zangbo (the Tibetan name for the Brahmaputra) river in Tibet has raised anxieties in India. The project is a crucial part of China’s goal of reaching a carbon emissions peak before 2030 and carbon neutrality in 2060. As a riparian State, India has naturally raised concerns, but China has downplayed them by saying it would keep their interests in mind.

The border conflict, the tussle over the hydropower project on the Yarlung Zangbo River, and now the sailors row, all show one thing: that the decades-old mistrust between the two Asian giants is back. And with two nationalists leading the two countries, it’s unlikely either of them will back off.

India and China inherited their territorial disputes from the days of British colonial rule.

Three years after India’s independence in 1947 and a year after the communists came to power in China, the new government in Beijing began strongly asserting its claims and repudiating earlier treaties, claiming they  were signed under duress, but which India maintains are fixed.

Beijing strengthened its resolve under Xi Jinping, China’s most powerful leader in decades, who has sworn not to surrender even an inch of territory.

In the 1950s, China started building a strategic road on the uninhabited Aksai Chin Plateau to connect its restive regions of Tibet and Xinjiang. India objected and claimed Aksai Chin as part of Ladakh, itself belonging to the former principality of Kashmir, part of which is now occupied by Pakistan.

Relations were further strained after India allowed Tibet’s spiritual leader, the Dalai Lama, to establish a self-declared government-in-exile in the northern Indian town of Dharmsala after he fled his homeland in 1959 during an abortive uprising against Chinese rule.

The differences led to a bitter monthlong war in 1962. Firefights broke out again in 1967 and 1975, leading to more deaths on both sides. Both countries since adopted protocols including an agreement not to use firearms, but those protocols have fractured in this year’s clashes. After nearly 45 years, the armies of the two countries fired warning shots following the clashes in June in Galwan Valley in eastern Ladakh.

After the 1962 war, both economies have grown substantially, but China has far outpaced India while enjoying a large trade surplus with its neighbour.

The growing economic rivalry has added to territorial and geostrategic differences. India has tried to capitalise on China’s rising labour costs, and deteriorating ties with the United States and Europe, to become a new base for foreign manufacturers.

India grew concerned after China recently built a road through Pakistan-occupied-Kashmir as part of Xi’s signature foreign policy push, the multibillion-dollar Belt and Road Initiative, which India has vehemently opposed.

Meanwhile, India’s growing strategic alliance with the US has ruffled feathers in Beijing, which sees the relationship as a counterweight against Chinas rise. Indian fears of Chinese territorial expansion are bolstered by the growing presence of the Chinese Navy in the Indian Ocean and Beijing’s efforts to strengthen ties with not only Pakistan but also Sri Lanka and Nepal.

Beijing in the past few years has openly interfered in Nepal politics while Kathmandu has been continuously shuffling away from New Delhi. The current political crisis has revealed how deep these interferences run with China not only attempting to sway members of the ruling Nepal Communist Party but also the Opposition Nepal Congress Party.

Meanwhile, India is jockeying for strategic parity with China, massively ramping up its military infrastructure along the LAC. And so is China. The Galwan Valley clash was a direct result of infrastructure projects built by the two countries along the Line of Actual Control.

While India has built an all-weather Darbuk-Shyok-DBO road that not only improves access to the Daulat Beg Oldie airstrip (world’s highest landing ground) but also shortens the travel time from the airstrip to Leh to six hours from the current two days, China has reportedly started work on a helipad opposite the DBO airstrip. It is also building several other infrastructure projects, including a deep-buried complex, according to a report in India Today.

According to The Associated Press, shortly after the Modi govt announced the decision, lawmakers in the ruling BJP began advocating taking control of some China-run areas, alarming Beijing. Their rhetoric continues even today.

What lies in the future

Border tensions between the two neighbours have persisted despite talks at military, diplomatic, and political levels. However, with strong nationalists leading both countries, the border has taken on a prominence not seen in years. And it’s unlikely that the issue would be resolved anytime soon.

It remains to be seen if a full military conflict may emerge between the two countries, but both will continue with their efforts to win allies and improve their infrastructure along the LAC.

China is unlikely to dial down its salami-slicing tactics to incrementally gain territory more so in the post-pandemic world, which has presented with new opportunities to increase its influence on India’s neighbours.

As for India, as the only country standing against China’s military ambitions in Asia, it will be difficult to avoid conflicts such as the Galwan Valley clash or the one which has seen China using COVID-19

While Chinese soldiers maintain the occupation of Indian territory in Ladakh and up the infrastructure, the Indian Army has gained control of at least one unmanned mountain top, taking a tactical advantage over the PLA.

If diplomacy fails, guns will talk, but one hopes both countries will continue to show restraint.