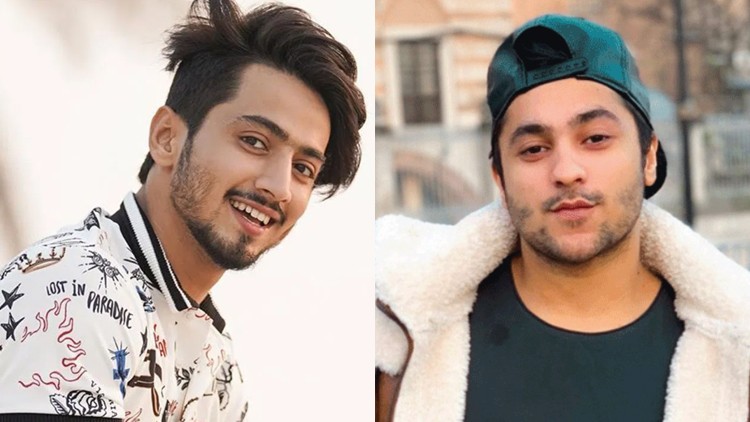 The last five years have been an era of social media. People from across the country or globe, for that matter, who could only dream of getting on the big screens, eventually could make it happen, thanks to social media. There has been a surging growth of social media and social media stars in the last few years.

RELATED:  RHOA Recap: Kenya Flies Private and Upsets Costars Who Have to Travel on a Hot Bus to Girls' Trip

While other platforms kept on cashing on the big Bollywood stars, ALTBalaji, one of the most prominent OTT platforms in the country, gave these social media stars a chance to prove their mettle. Giving them not just character roles but also leading roles in their shows to promoting them equally, just like a Bollywood star’s shows are promoted, ALTBalaji has been at the forefront while promoting these talents.

ALTBalaji has introduced several social media stars in the digital world of storytelling. So without further ado, let’s take a look at them

Faisal Shaikh, aka Mr. Faisu, has been one of the most popular social media stars. He started with Tik Tok videos and rose to fame as one of the biggest TikToker in the country. Although the lip-syncing app has been banned in the country, Faisal became a star on social media with a staggering 19M followers on Instagram itself. ALTBalaji saw his talent and introduced him through the 2021 murder and suspense youth drama Bang Baang – The Sound of Crimes. Directed by Shraddha Pasi Jairath, the original saw Faisal as Raghu, who

The young lad from Delhi used to make short funny videos on YouTube and soon became a popular name on Instagram. Harsh had always shown interest in acting, and in 2020, he made his acting debut on ALTBalaji with Chirag Arora’s directorial Who’s Your Daddy? The suspense drama also starred Rahul Dev and was so popular that it came back with another season. Harsh continues to make videos on YouTube and is encashing acting opportunities after the show.

Ssumier Pasricha – in and as Pammi Aunty

Ssumier Pasricha was one of the early ones in India who had kickstarted making funny videos on Instagram and became a rage. His digital avatar Pammi Aunty, a caricaturish Punjabi upper-class lady, was so hit amongst the mass that the digital platform made a short-format show around her. In 2017, the early days of ALTBalaji, the makers introduced Ssumier and his character Pammi Aunty in a show titled Pammi Aunty. Directed by Sudhir Shetty, the show gave Pammi Aunty a bigger platform to show her wit.

Bhavin Bhanushali did a reality show and a few shows on TV, however, his digital debut happened with ALTBalaji’s Who’s your Daddy? 2. He played Shooshan in the show, who happens to fall in love with a girl; however, due to unavoidable circumstances, he finds out that her father could be his long last father. He was extremely popular on TikTok, and after the app got banned, he rose to fame on Instagram.

Sameeksha Sud made her digital debut with ALTBalaji’s Who’s Your Daddy? 2 as Sukoon Bagga. Although Sameeksha has done a few TV shows, she rose to fame due to her TikTok videos. Seeing her talent, the digital platform gave her a chance in the show. Currently, she has over 6.4M followers on Instagram and is one of the most popular digital stars of the country.