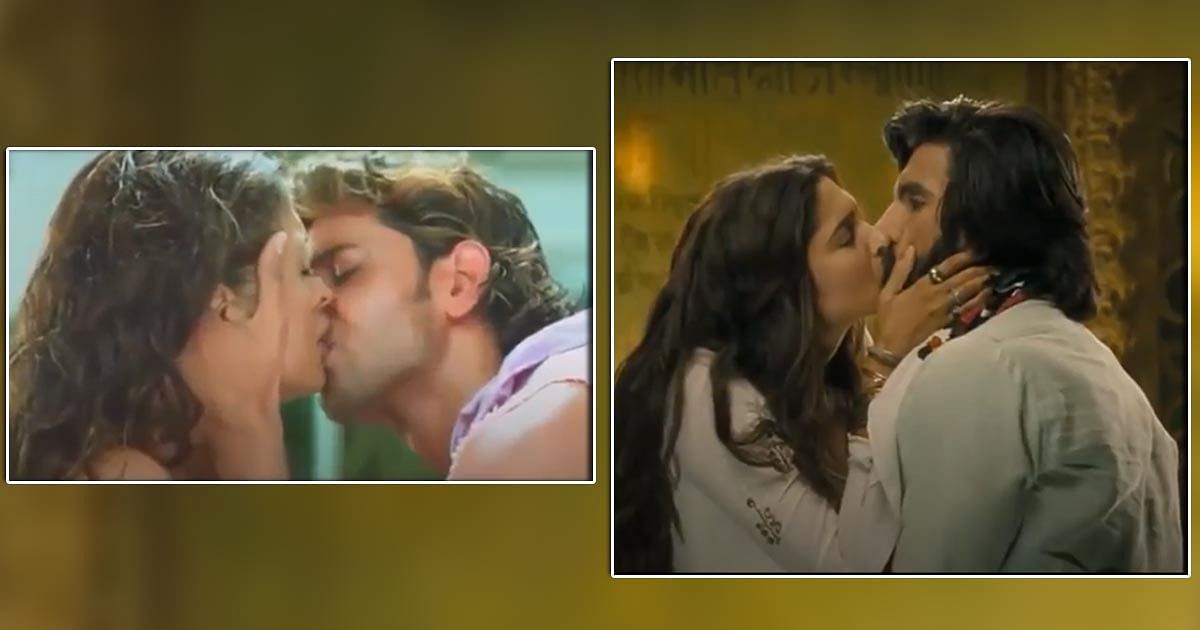 Bollywood films have come a long away from romancing around the trees, two flowers getting closer to a close view at first night scenes. However, even after 100 years of the Indian film industry, a lip-lock still raises eye-brows and races the heartbeat.
So here some of steamiest lip-lock scenes from Bollywood movies.

The two are one of the power couples of Bollywood. Ranveer and Deepika’s kissing scene in Sanjay Leela Bhansali‘s directorial was a sensual passionate one. Incidentally, the two also fell in love in real life on the sets of the film.

At a time when kissing scenes were in films were not common, both actors dared to shoot for a lip-lock scene. Raja Hindustani quickly became popular and talk of the town. Aamir Khan and Karisma Kapoor’s uncensored kissing scene was shot in the rain thus making it even more romantic. Even after so many years, the scene is still considered to be the longest and steamiest liplock scene.

Janhvi Kapoor While Working From Home Is Giving Her Fans Some ‘Kool’ Kardashian Vibes!

Aishwarya Rai Bachchan, who is considered to be one of the most beautiful actresses in the world, was seen locking lips with the greek god of Bollywood Hrithik Roshan. The two engaged in full-fledged passionate kissing in the film.

The 2011 film is one of the best work of Imtiaz Ali. Ranbir Kapoor and Nargis Fakri did a commendable job in the film. Their on-screen chemistry was also well appreciated by the viewers. The two did quite many smooches in the film.

Shah Rukh Khan has no kissing policy in his contract and hence it came as a surprise when Khan locked lips with Katrina Kaif in the film. Interestingly, it was also the last film of legendary filmmaker Yash Chopra.

So which one of the scenes was memorable to you? Let us know in the comments.

Must Read: Katrina Kaif Wants To Share Her Struggle Stories & The Reason Will Make You Love Her Even More

From Ram Leela To Dhoom 2, These Bollywood Films Had The Steamiest Kissing Scenes!