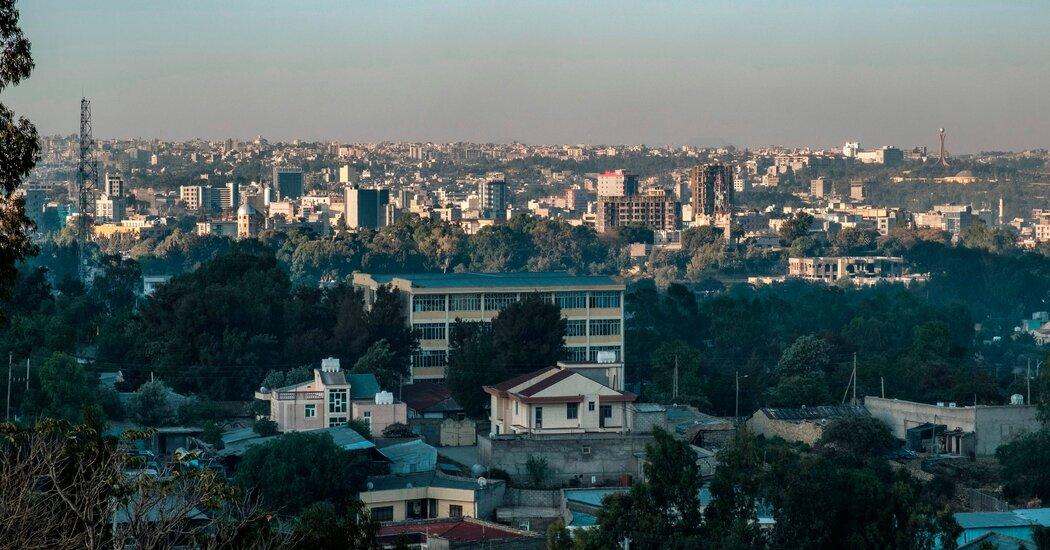 But doctors at the city’s main hospital reached on Thursday painted a very different picture — indiscriminate artillery barrages on civilian areas, looting by armed men and the deaths of at least 27 civilians and injuries to more than 100.

Their testimony offered a rare glimpse of the increasingly dire conditions in a city that has been largely cut off from the outside world since Mr. Abiy launched a military operation against Tigray on Nov. 4.

On Saturday, Mr. Abiy — the winner of last year’s Nobel Peace Prize — declared victory after his forces seized the regional capital, Mekelle, a highland city of 500,000 people that until recently was the seat of the region’s ruling Tigray People’s Liberation Front.

Two days later, on Monday, Mr. Abiy proclaimed to Ethiopia’s Parliament that federal forces had not killed a single civilian during a month of fighting in Tigray.

But phone and internet connections to Tigray have been largely cut off, making it hard to verify competing claims by the belligerents. And it quickly became apparent that Mr. Abiy’s assertion of victory was premature.

Tigrayan forces said they had retreated from Mekelle to avoid destroying the city and would continue to fight from the surrounding rural areas — a first step of what could eventually become a drawn-out guerrilla campaign.

In separate interviews, two doctors at the region’s largest hospital, the Ayder Referral Hospital, insisted that Mr. Abiy’s gains had been far from bloodless.

A rain of shellfire on Saturday morning, in the hours before federal troops captured Mekelle, landed on civilian as well as military targets, the doctors said. Ambulances rushed through the streets carrying the dead and wounded. By evening, at least 27 civilians had been killed, including a 4-year-old, and over 100 wounded, they said.

The doctors, who spoke on the condition of anonymity to avoid reprisals from the government, sent text messages and spoke using a rare connection to the internet in the city.

They provided copies of identity cards and other documents to prove their employment at the hospital, and denied any affiliation with the Tigray People’s Liberation Front.

One provided photos of wounded patients at the hospital who, he said, had been hit in the bombardment — infants with shrapnel-pocked bodies, a man with a bloodied head, a woman lying prone with her leg in plaster.

Now a tense calm reigns in the city, the doctors said. The electricity had been cut off, swaddling the city in darkness at night. Armed men had looted stores, forcing many to close.

At the Ayder Hospital, dire shortages of oxygen and basic medical supplies have made it impossible to perform lifesaving surgery on the wounded. The doctors pleaded for international help to relieve what they called a critical situation.

At least 80 percent of patients at the hospital suffered trauma injuries, the Red Cross said, but declined to specify the number of patients who had been admitted. On Thursday a Red Cross spokeswoman declined to provide further details.

A spokeswoman for Mr. Abiy did not respond to queries about the disparity between his claims of no civilian casualties and the accounts from the hospital.

Mr. Abiy’s decision to launch military operations in Tigray, a northern region of at least six million people, was the dramatic culmination of a simmering political row with Tigray’s ruling party. The T.P.L.F. dominated Ethiopia for 27 years until Mr. Abiy came to power in 2018, and its leaders openly defied his authority in September by holding regional elections, which had been postponed in the rest of Ethiopia because of the pandemic.

The communication blackout has made it hard to judge the scale of the fighting. But by most estimates by Western diplomats and aid workers, thousands of civilians and fighters have been killed, stoking fears that Africa’s second-most populous country is plunging headlong into a ruinous civil war.

The situation in Mekelle is just one element in a ballooning humanitarian crisis.

At least 45,000 Ethiopians have fled Tigray into eastern Sudan, where many live in squalid camps with limited food and water. Aid groups warn that another 100,000 refugees may follow in the next six months if fighting continues.

Even before hostilities erupted last month, 600,000 people in Tigray depended on food aid to survive. Aid workers say that supplies are running out for almost 100,000 refugees from Eritrea who live in camps in Tigray, having fled repression in their own country.

On Wednesday the United Nations said it had secured an agreement with the Ethiopian authorities to provide “unimpeded, sustained and secure access” for the delivery of emergency relief to government-controlled parts of Tigray.

On Thursday a United Nations spokesman in Nairobi expressed “extreme concern” about a report that four Ethiopians working for two international aid agencies had been killed in Tigray in unclear circumstances.

In Mekelle, the two doctors said the situation had become tense in recent days.

Bands of young men in civilian clothes roamed the streets. Many roads were blocked with large stones. There was a heavy presence of federal security forces.