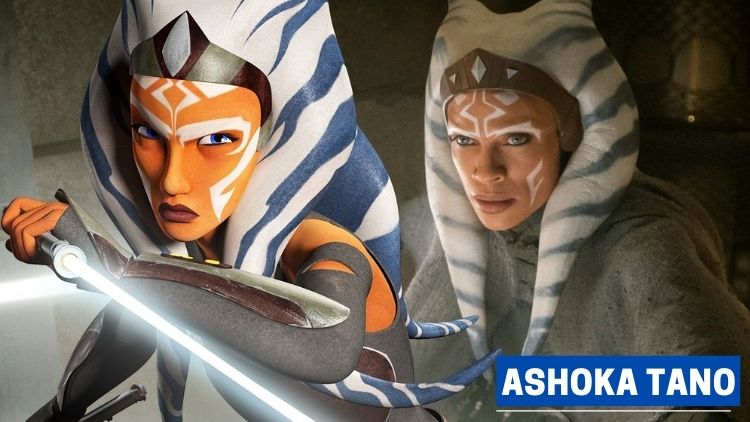 Star Wars over the years has changed from just being a sci-fi story revolving around the main protagonist, to a universe of its own with different stories in a different timeline and different heroes and villains. It is a massive story universe, all set in a single galaxy. Some of these stories are successful and some fail, but it gets bigger and bigger every time. As such, the main Star Wars story is no longer limited to the nine movies about the skywalker saga, but every story is now the main story on its own.

The impact of this is clearly visible in the current state of the franchise, where even after the low box office collection of Star Wars: The Rise of Skywalker, domestically and internationally, the animated series of Star Wars the Clone Wars and live action series of The Mandalorian saw a massive success. Not only this but unlike before where we would we our favorite characters from the movies being animated, we have started to see animated characters now making into the movie and live action series.

Ashoka Tano, first introduced in Star Wars: The Clone Wars movie (2008), and then continued to Star Wars Rebels and a brief appearance in The Mandalorian. Every time Ashoka Tano made an appearance, the fans were almost overjoyed, but this was not always the same. At first, when Ashoka Tano was first introduced in the Clone Wars Movie, most fans hated it and the movie along with it. But later both clone wars and character slowly became a crucial part of Star Wars fans good memory with the franchise.

Ashoka Tano was first introduced as the apprentice of Anakin Skywalker, a Jedi Knight in the clone wars movie. They formed a good comic duo as well as partners in their missions. This is a character who has been through a lot of character development. At the age of 14, Ashoka was thrown to fight in the Clone Wars alongside Anakin Skywalker and Obi-Wan Kenobi. In the beginning the little teenage character seemed anything but a Jedi, but as the series progressed the fans saw the character, they were hating on was changing. As she was growing, learning, and surviving the dreadful clone wars and most of all, the jokes were certainly getting better.

But again, fans were left disappointed when Ashoka would leave the Jedi Order in Season 5 of the Clone Wars, ceasing to be a Jedi.

The journey of our young Jedi did not end there, as she would make another appearance in Star Wars Rebels season 1 last episode, then throughout the second season, ultimately to confront Darth Vader, her former master in the season’s end. Even though she was missing the entire season 3 but then the sudden appearance in season 4 certainly entertained the fans and cleared the mysterious end of season 2. In the final few moments of the last episode, we see the former Jedi now beginning her new journey in the search of a lost friend.

Appearance in Final Season of Star Wars: The Clone Wars (2020)

The Clone Wars had not yet ended with six season and the most awaited final season had finally arrived with three new arcs. Ashoka Tano was part of two arcs out of the 3. In the third arc of the final season, we saw the last few glimpses of the Clone Wars and a Jedi struggling to survive the Order 66. In this season we had seen Ashoka surviving the streets of Coruscant and then later commanding the forces that would attack mandalore and capture Darth Maul. Again, we see a change in personality of the character from leaving the Jedi Order and also we see the bond which she formed with the Clones who fought with her till the end, till Order 66. Even when the clones would try to kill her, Ashoka Tano refused to kill them and survived with the Clone Commander and former Captain, Rex.

Appearance in The Mandalorian

Here we see an exceedingly small appearance of Ashoka Tano, where she appears to be still searching for her friend from Star Wars Rebels and has found some important clues for it. This is the first time Ashoka Tano appears in live action and is not only strong but much wise then before.

There is no doubt that this one character’s journey could be an entire series of its own. And rarely we see character development and growth of this scale. Someone might not even recognize Ashoka from the clone wars movie and The Mandalorian are the same if they have missed how much the character has changed throughout the entire clone wars series as she grew. What Ashoka has been through in Star Wars Rebels and now her constant search for her friend has truly made this character amazing and fun to watch on screen.