From Tumbbad To Thappad, Watch These Latest Bollywood Films To Beat The Work From Home Blues 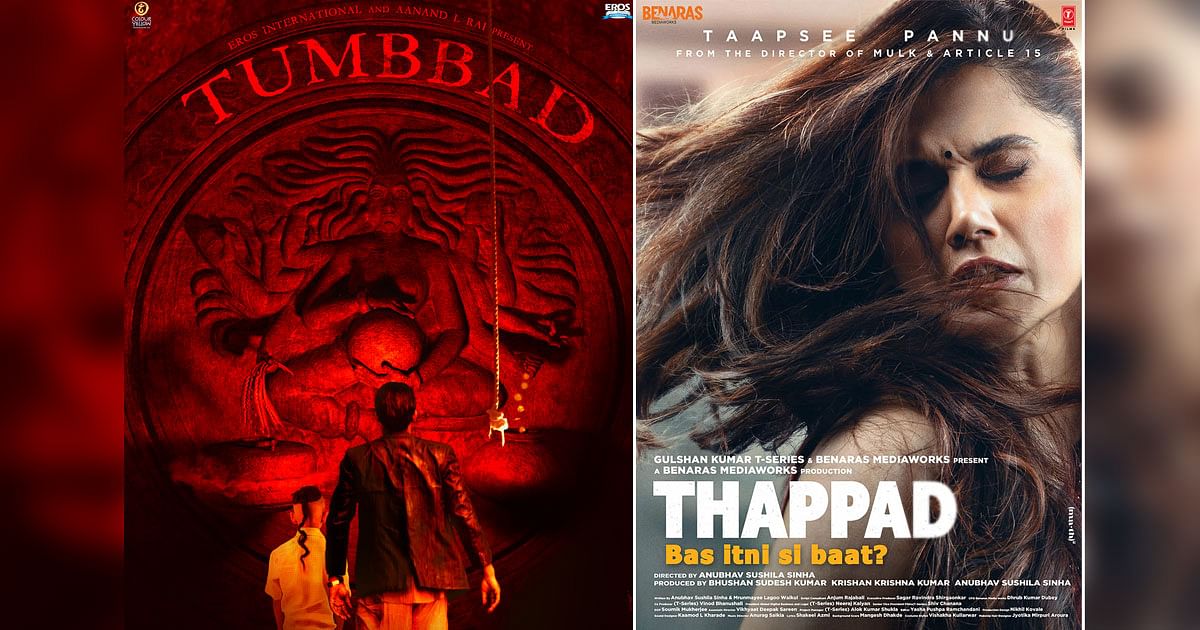 As India soon marks a year of turning homes into office, Amazon Prime Video is here with Amazon Prime Video Mobile Edition to help you beat your ‘work from home blues’ like a boss! You can now stream your favourite movies and series for FREE. Are you too excited to decide from where to begin? Here is a list of titles to give you a promising head start:

Shakuntala Devi – Vidya Balan’s stellar performance compliments the story of Shakuntala Devi, one of the biggest mathematicians born on Indian land. Directed by Anu Menon, starring Vidya Balan and Sanya Malhotra in the lead roles, the film is an extraordinary story of Shakuntala Devi, the world-renowned mathematician who lived her life on her terms. While the film pays tribute to her genius mind as a mathematician, it also humanizes her as a woman and mother, in trying to capture her indomitable spirit. Told through the lens of her relationship with her daughter Anu, the film highlights their very different struggles and aspirations. The film will not let you get distracted even for a minute!

Tumbbad – This psychological horror film is a visually rich story of greed and gold. Directed by Rahi Anil Barve, Anand Gandhi and Adesh Prasad, the film stars Sohum Shah as the lead. The movie revolves around the rural village of Tumbbad wherein a decaying castle hides an immeasurable ancestral fortune guarded by something ancient, sinister, and monstrous. Vinayak thinks he can control it, but how long will it be until his own greed destroys everything he’s built? The film is filled with twists and turns that you can unfold with Amazon Prime Video’s Mobile Edition, for free.

Durgamati – If you are in the mood for some spooky screams then this will be your best bet. An innocent Chanchal has to put all on the line to prove her innocence and bring justice to Shakti and the people that he loved so much, in the skullduggery world of politics and crime. As she gets embroiled deep in a web of deceit, Chanchal must face powers both natural and supernatural to fulfil her destiny. Happy Spookies!

Thappad – Thappad is the story of Amrita whose seemingly perfect life is shattered when her husband slaps her once in a party. But is one slap enough to question what a relationship stands for? Directed by Anubhav Sinha, the film stars Taapsee Pannu, Pavail Gulati and Ratna Pathak Shah in the lead roles. Anubhav Sinha’s direction and dialogues have once again touched the hearts of many!

Shubh Mangal Zyada Savdhaan – This film has a delightfully high entertainment quotient and brings across an important message effortlessly. The film revolves around the Tripathi family who is busy gearing up for an unusual wedding, when something more unusual hits them smack on their smiling, ‘Indian Shaadi’ ready faces. The newest couple of their family, cannot be a ‘couple’ in the first place! While the two love birds share ‘achaar’ and ‘elaichis’, the Tripathi family is busy plotting the end of their relationship. Starrin Ayushmann Khurrana, Jitendra Kumara and Gajraj Rao, this film handles the subject gracefully and ensures a generous dose of laughter.

Must Read: When Vidya Balan Reacted To The Rumours Of Her Affair With Shahid Kapoor: “I Am Fed Up Of The Name”