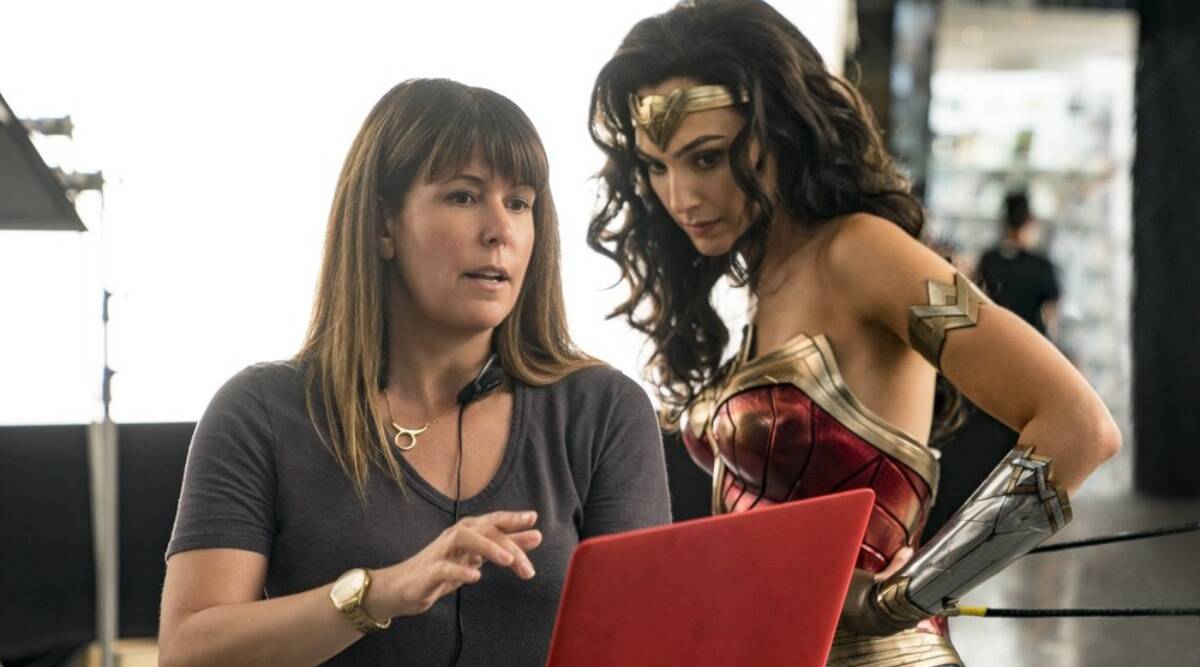 Years ago, Chris Pine turned Wonder Woman down. Then Patty Jenkins came on board and suddenly without even much of a script he found himself under a kind of spell listening to her vision for the film over a hamburger in Los Angeles’ Silverlake neighbourhood. His no turned into a yes on the spot.

Jenkins, the 49-year-old Wonder Woman 1984 writer-director has in the past few years turned more than one “no” into a “yes.” Along the way, she has not only cemented herself in the top echelon of big-budget filmmaking but has also forged new paths for her peers along the way with glass-ceiling shattering budgets, paydays and opportunities. Soon, she’ll be the first woman to direct a Star Wars film too.

It’s no surprise to her cast, who are resoundingly in awe of their director.

“She is the embodiment of exactly what I think one needs to be a good director, which is you have to on one hand be General Patton, you have to be decisive, clear, you have to be a leader. You have to be a multitasker par excellence,” Pine said. “And then you also have to be very quiet, observant. You have to be able to observe the people whom you’re asking to perform for you in order to key in to precisely the ways in which they need to be talked to or with to get the best from them. She just has an ability to do that that’s without peer in many ways.”

Pedro Pascal, who has also worked with Jenkins twice now, marveled at her unironic sincerity. It’s something that fuels and distinguishes her Wonder Woman films from other superhero fare.

“Everything that she does, no matter what the genre is, no matter if it’s film or if it’s television, if it’s independent or if it’s big budget, there’s always performance and there’s always wholeness and richness to the storytelling and unapologetically so,” Pascal said. “She doesn’t waste any time insisting on being ironic or too cool…it’s a kind of visceral honesty that, frankly, is underrated. As highly rated as she is, it’s not enough.”

But even with box-office receipts and praise, Jenkins still had to fight to prove her worth. In 2017, Wonder Woman became the highest-grossing film ever from a solo female director with over $821 million in worldwide ticket sales, proving to skeptics the worth of not just female-fronted superhero films but female-directed ones as well. Although Jenkins was already brainstorming the inevitable sequel, she held out on officially committing to direct until she secured an equitable raise, reportedly in the $7 to $9 million range. It wasn’t an uncommon sum for a man in her position, but it was unheard of for a woman. And the ask and public nature of the negotiation didn’t come easily.

“I’d never, ever in my life been somebody who talks about money or would have asked for a situation like that to happen to me. However, the movie was extremely successful and I was aware that I was not being paid on par with my peers. And so, you know, it became about something much bigger than me, even though, of course, I’m aware that it’s me,” Jenkins said. “I found myself saying, if not me, who is going to do this? And so it felt like both a personal thing, but also kind of a duty.”

She didn’t just help herself: She also helped clear a path for other women to get more opportunities to direct tentpole movies and has become a de facto mentor to her contemporaries. Gina Prince-Bythewood met with Jenkins a few times in the leadup to shooting her big action film The Old Guard.

“She was so helpful,” Prince-Bythewood said earlier this summer. “What she achieved under the pressure that she had was really a beacon of light for me. Her success and her killing it and making such a good movie. It absolutely changed the game. It absolutely cracked the door open for a group of us who all had films coming out this year.”

Jenkins has been called on by men and women alike for advice about making the foray into bigger movies.

“There’s a network of filmmakers who all really kind of help each other.” Jenkins said.

And 2020 was going to be a banner year for female-directed tentpoles including Wonder Woman 1984, The Old Guard, Cathy Yan’s Birds of Prey, Niki Caro’s Mulan, Cate Shortland’s Black Widow and Chloé Zhao’s Eternals. Only one ended up with a traditional theatrical release, Birds of Prey, which came out before the pandemic shutdown. Others went to streaming or video on demand, or, in the case of Wonder Woman, a hybrid. And both Black Widow and Eternals were pushed to 2021.

“It’s been too bad that that this year was the year that they were all going to come out… It’s bad timing,” Jenkins said.

But she’s also just excited that there does seem to be a sea change happening in the industry and, pandemic aside, this year proved she was not an anomaly.

”The idea that no one had done a movie of that scale before I did and then there are like five now on the heels of it is amazing,” Jenkins said. “Obviously those directors have been out there and ready and waiting.”