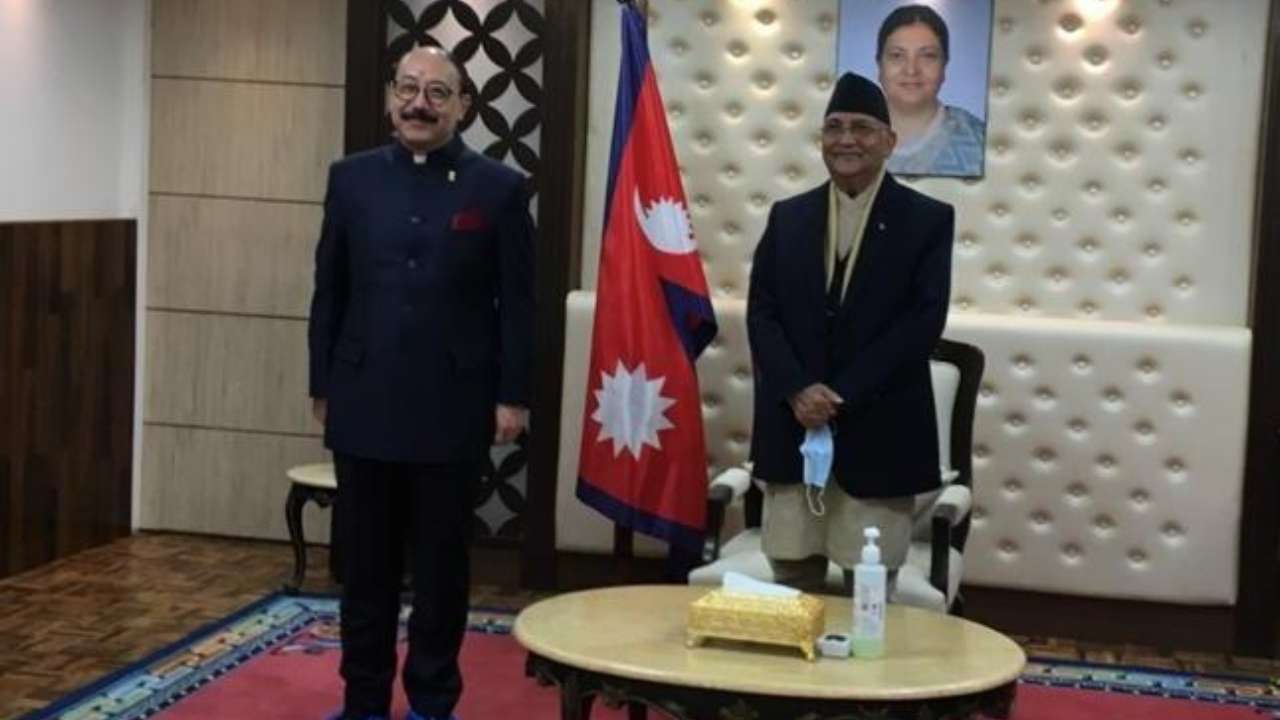 During his one on one with Nepal PM, both had a “candid review of the state of the bilateral relationship” and the focus was on the “potential for bringing India and Nepal ever closer”, sources privy to the meet said.

Nepal PM Oli conveyed “Nepal’s desire to build on the momentum in the bilateral relationship and enhance the level of bilateral engagement.”

Both sides are also keen to launch new economic initiatives and resumption of people to people contacts, “including the commencement of an air travel bubble between India and Nepal”.

COVID-19 cooperation and vaccine formed a substantial part of the talks with sources saying, “FS assured that Nepal’s requirement of vaccine would be considered on priority.”

Both sides noted, “the importance of respecting each other’s sensitivities” and “felt that they should focus on the positives of the wide-ranging relationship.”

Contentious boundary issue also came up during the meetings, with sources saying, “both sides shared their perspectives on boundary matters and discussed ways to take it forward under the appropriate bilateral mechanisms.”

A release by Nepal foreign ministry on foreign secretary meet said, Indian and Nepali side “discussed the boundary matters and exchanged views on completing the boundary work in the remaining segments.”

During his meet with his Nepali FM, he conveyed an invitation from EAM for the next round of the Joint Commission Meeting.

On his 2nd day of the visit, FS will speak at the Asian Institute of Diplomacy and International Affairs (AIDIA) and later visit Gorkha District to inaugurate three schools rebuilt with Indian assistance and also remotely inaugurate an India-funded project to renovate the Tashop (Tare) Gompa monastery in Manang District.