Game of Thrones Prequel Tales of Dunk and Egg in Series Development? 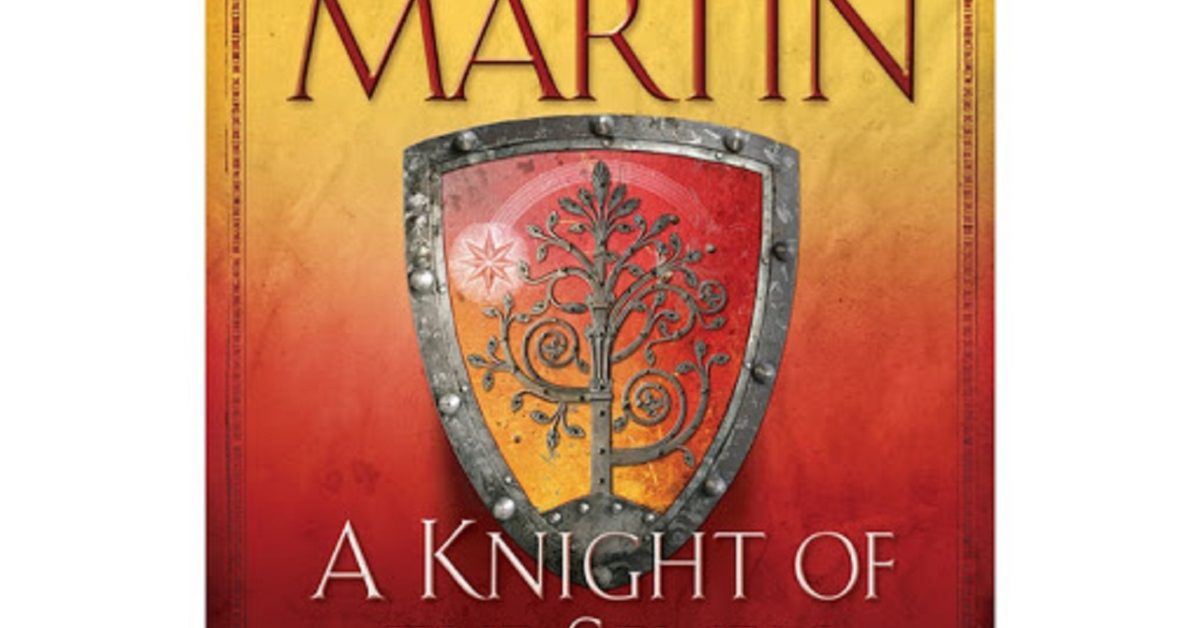 It looks like there’s a chance that HBO’s House of the Dragon won’t be the only “Game of Thrones” prequel series to find a home on the cable giant. Variety is reporting exclusively that an adaptation of George R.R. Martin‘s “Tales of Dunk and Egg” is currently in development, though no writer or other talent is attached. HBO is reportedly considering the series a top priority, but neither Martin nor the cable network would comment. If given the green light, the one-hour series would be based on Martin’s series of fantasy novellas (1998’s The Hedge Knight, 2003’s The Sworn Sword, 2010’s The Mystery Knight) that focus on the travels and adventures Ser Duncan the Tall (“Dunk’) and a young Aegon V Targaryen (“Egg”) 90 years before the events of “A Song of Ice and Fire.”

Speaking of HBO’s upcoming House of the Dragon, check out the teaser with a 2022 promo at the end (followed by an overview of the series and more)- with Olivia Cooke (Pixie, Little Fish), Emma D’Arcy (Truth Seekers), and Matt Smith (Doctor Who) joining Paddy Considine (The Outsider, The Third Day) on the prequel series.

Cooke’s Alicent Hightower is the daughter of Hand of the King Otto Hightower, raised in the Red Keep and close to the king and his inner circle. Described as ‘the most comely woman in the Seven Kingdoms,’ Hightower has both ‘courtly grace and a keen political acumen.’ D’Arcy’s Princess Rhaenyra Targaryen is the king’s first-born, a pure Valyrian-blooded child who is a dragonrider. Some say Rhaenyra was ‘born with everything… but she was not born a man.” Smith’s Prince Daemon Targaryen is King Viserys’ (Considine) younger brother and heir to the throne. Described as a “peerless warrior and a dragonrider, Daemon possesses the true blood of the dragon. But it is said that whenever a Targaryen is born, the gods toss a coin in the air…” Previously-cast Considine plays King Viserys Targaryen, chosen by the lords of Westeros to succeed the Old King, Jaehaerys Targaryen, at the Great Council at Harrenhal. A warm, kind, and decent man, Viserys only wishes to carry forward his grandfather’s legacy. But good men do not necessarily make for great kings.

Written by a writing team headed by Condal and including Sara Lee Hess and based on Martin’s novels, the 10-episode series has Game of Thrones director Sapochnik (“The Battle of the Bastards,” “The Winds of Winter”) directing the pilot and additional episodes, and partnering with Condal as co-showrunners. Martin, Condal and Sapochnik executive produce alongside Hess and Vince Gerardis. In addition, Clare Kilner, Geeta V. Patel, and Greg Yaitanes round at the directing team, with Yaitanes also co-executive producing. With Martin’s novel Fire & Blood covering 150 years in the history of Westeros, there is definitely not a lack of other potential characters to consider. The initial reports that casting was underway also referenced that the Dance of Dragons (the Targaryen Civil War that destroyed nearly all of Westeros) is in the series’ long-term plans, with the series expected to begin a slow build towards the bloody event.

During HBO’s Television Critics Association’s winter press event, WarnerMedia’s Casey Bloys revealed that writing was already underway with a look to 2022 for the show’s debut. On his blog, Martin revealed that he expects to be involved with the series and possibly write a script or two, but not before he’s wrapped the next novel, The Winds of Winter. While keeping details close, the author recommended Archmaester Gyldayn‘s Fire & Blood as well his two anthologies with Gardner Dozois (Dangerous Women, Rogues) as a little pre-series “homework.” Martin mentioned on his Not A Blog about the Hollywood slowdown caused by COVID-19 but said that work on the prequel was “flying along wonderfully thanks to Ryan Condal and his writers, and the tireless Ti Mikkel.”