Home Entertainment Game of Thrones Stage Adaptation in the Works From George R.R. Martin — Which Westeros Mystery Will It Solve?

Game of Thrones Stage Adaptation in the Works From George R.R. Martin — Which Westeros Mystery Will It Solve? 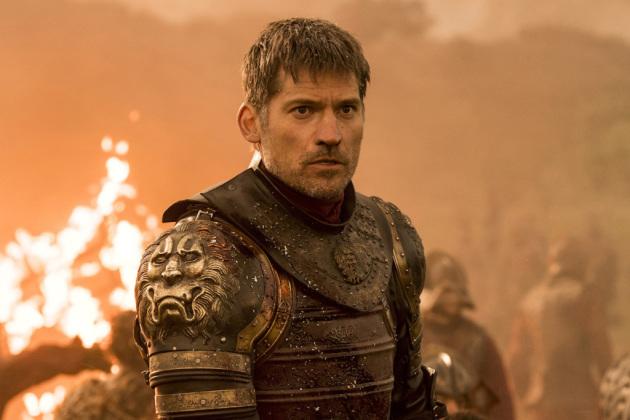 George R.R. Martin plans to pull back the curtain — quite literally — on a mysterious piece of Westeros history.

The fantasy author is developing a Game of Thrones stage production, which will depict an event mentioned in Martin’s Song of Ice and Fire novels, but never seen in HBO’s series: The Great Tourney at Harrenhal.

“The play will for the first time take audiences deeper behind the scenes of a landmark event that previously was shrouded in mystery,” per the production’s official description. “Featuring many of the most iconic and well-known characters from the series, the production will boast a story centered around love, vengeance, madness and the dangers of dealing in prophecy, in the process revealing secrets and lies that have only been hinted at until now.”

The Great Tourney at Harrenhal — a 10-day-long tournament that involved jousting, archery, axe throwing and other events — took place 16 years before the events of Game of Thrones. Thus, younger versions of some characters from HBO’s series, including Jaime Lannister and Ned Stark, will likely be included in the play, though The Hollywood Reporter notes that no roles are currently confirmed.

Playwright Duncan Macmillan (1984) will pen the story and Dominic Cooke (The Hollow Crown) will direct, with both men working alongside Martin.

“The seeds of war are often planted in times of peace. Few in Westeros knew the carnage to come when highborn and smallfolk alike gathered at Harrenhal to watch the finest knights of the realm compete in a great tourney, during the Year of the False Spring,” Martin said in a statement. “It is a tourney oft referred during HBO’s Game of Thrones, and in my novels, A Song of Ice and Fire… and now, at last, we can tell the whole story… on the stage… It ought to be spectacular.”

Productions are currently planned for Broadway, London’s West End and Australia, with the first shows expected to debut in 2023.

Despite Game of Thrones‘ run ending in May 2019, several more Westeros-based projects are in the works. The prequel House of the Dragon, which revolves around House Targaryen, is slated for a 2022 release on HBO, while several other Thrones spinoffs are in various stages of development at the network.