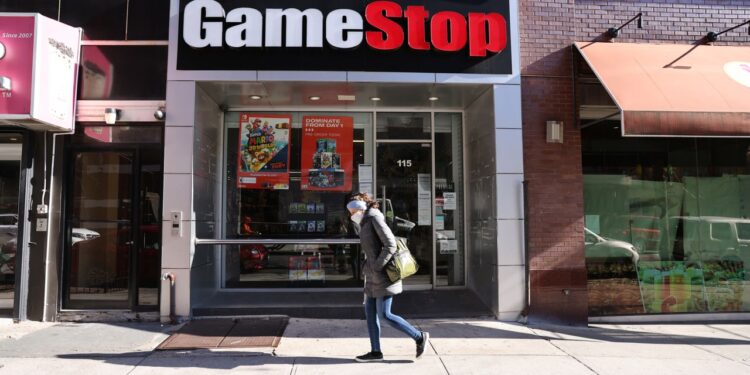 (ticker: GME) in 2021. The person also said that some of Homeister’s roles will be absorbed by newly hired COO Jenna Owens and CTO Matt Francis. Owens will be involved in supply-chain responsibilities, while Francis will tackle e-commerce.

The company has hired a wave of talent since Chewy co-founder
Ryan Cohen
joined the board in January. Aside from Owens and Francis, who both have

experience, the company has hired other executives with experience at places like Chewy,

and QVC. Chief Financial Officer
Jim Bell
also left the company last month. GameStop is looking for a permanent successor with more of a technology background.

On Monday, the company announced another Amazon veteran, Elliott Wilke, for the role of chief growth officer, along with two former Chewy executives for brand development and merchandising roles.

The latest departure, which was announced in a filing with the Securities and Exchange Commission released on Thursday, reflects Cohen’s vision for the company with more of a focus on e-commerce than on bricks-and-mortar retailing, according to the person.

GameStop stock has moved in recent weeks in response to news of promising hires, but the retail investors who sent the shares soaring early in the year will have to wait until Monday to react. U.S. exchanges are closed for Good Friday.