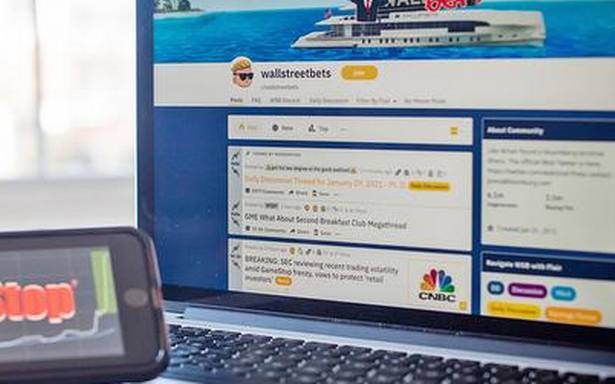 The GameStop (GME) saga is now an event that would rank amongst the most seminal events in the history of capital markets in the US and across the world. Here’s what happened to the stock and what it means for the investor community.

How has GameStop been faring?

GME is the world’s largest video game omni channel retailer. However its business has been shrinking (8 per cent CAGR decline in revenue for last 4 years till FY20 ) due to the structural shift to online gaming. .

In the opinion of most professional investors, its business was expected to remain till gaming consoles required discs, but hardly few doubted it was in a terminal decline. Shorting the stock worked well for a long time with the share price declining by close to 90 per cent in 5 years till December 2019.

What triggered interest in this stock?

Views on why there might be value in GME despite its business challenges started emerging sometime in the forum in 2019.

While initially it did not have much impact, it gained momentum during the pandemic induced lockdown which triggered a surge in retail participation in stocks.

Further, from initially starting as opinion on the stock, the discussion forum took on an agenda of fighting ‘establishments/elites’ (Wall Street Elites/Institutions), who in their view were resposible for past crisis’ like the finanical crisis of 2007.

Why did the stock price move up so much in short-term?

For a stock price to move up in the short term, facts and fundamentals do not matter. All it requires is demand exceeding supply. And when you have a big group of energetic angry, young retail investors in a frenzy, you get a demand surge as they buy shares and call options on the shares. And when there is a demand surge, the algo and momentum traders join the party.

Add to it Elon Musk’s tweets of support to the retail investors, and you get a high voltage electric charge. Force equals mass (buyers) * acceleration (frenzy). So by Jan 21, what started as a discussion on the stock couple of years ago, had developed into a unstoppable force, with GME appreciating from a price of $18 on December 31, 2020 to a high of $483 on January 28, 2021, a mind boggling 2583 per cent rise.

What is the implication of this event for hedge funds?

The establishment that had profited from shorting GME over the years came under threat. They stood no chance in the fight, and in fact would have added further momentum to the surge by covering their shorts. For instance, Citron Research, one of the popular hedge funds/short sellers , was forced to cover its GME shorts at a 100 per cent loss.

The ironical truth is that in their zeal to target elites, the retail investors targeted short sellers who in many cases are actually anti-establishment themselves. Short sellers, besides targeting over valued companies, attempt to identify fraudulent companies. Whether it was the Enron and WorldCom scams, or the sub-prime crisis of 2007, it is the short sellers who identified these early. While some Wall Street elites own hedge funds that short markets, to classify entire gamut of short sellers as elites is misplaced. Many have a successful track record of identifying fraudulent companies.

The best example in recent memory is Wirecard – identified by short sellers like Jim Chanos of Kynikos Associates in 2019. This was when Wirecard was regarded as one of Germany’s best companies and was part of its leading DAX Index (like India’s Sensex). Subsequently Wirecard admitted to fraud and filed for insolvency in 2020.

What is the implication on individual investors?

Reports in the public domain suggest that Indian retail investors also joined the frenzy invested in GameStop in the last few days. Investors need to note that absolutely nothing has changed in the fundamentals of GME. Its business still faces severe challenges and is still in terminal decline. Just investor belief that it is worth more, does not create any real value and the stock will likely crash once this frenzy ends.

What is the implication on markets?

While Indian markets will not see such levels of short squeeze given the rules that prevent naked short-selling and circuit filters, this event still has other implications on markets across the world. .

It has proven that trading cannot be done the same way going forward. Whether short sellers or Wall Street elites or brokers, market participants need to acknowledge what technology and social media have done and can do to trading and investing. Democratization of investing has happened, driven by technology, and institutional trading strategies will have to evolve to factor this. Retail investors are now a dominant force in markets and not the ‘dumb money’ they were considered as before.

In the process, the angry, young millennials of WSB Reddit forum have delivered the perfect ode to Aaron Swartz. A child prodigy, he was a co-founder of Reddit and dedicated his life to democratisation of information, fighting the elites till his untimely death at the age of 26 in 2013. They have successfully proven the power of democratisation.

GameStop saga: What happened and what are its implications