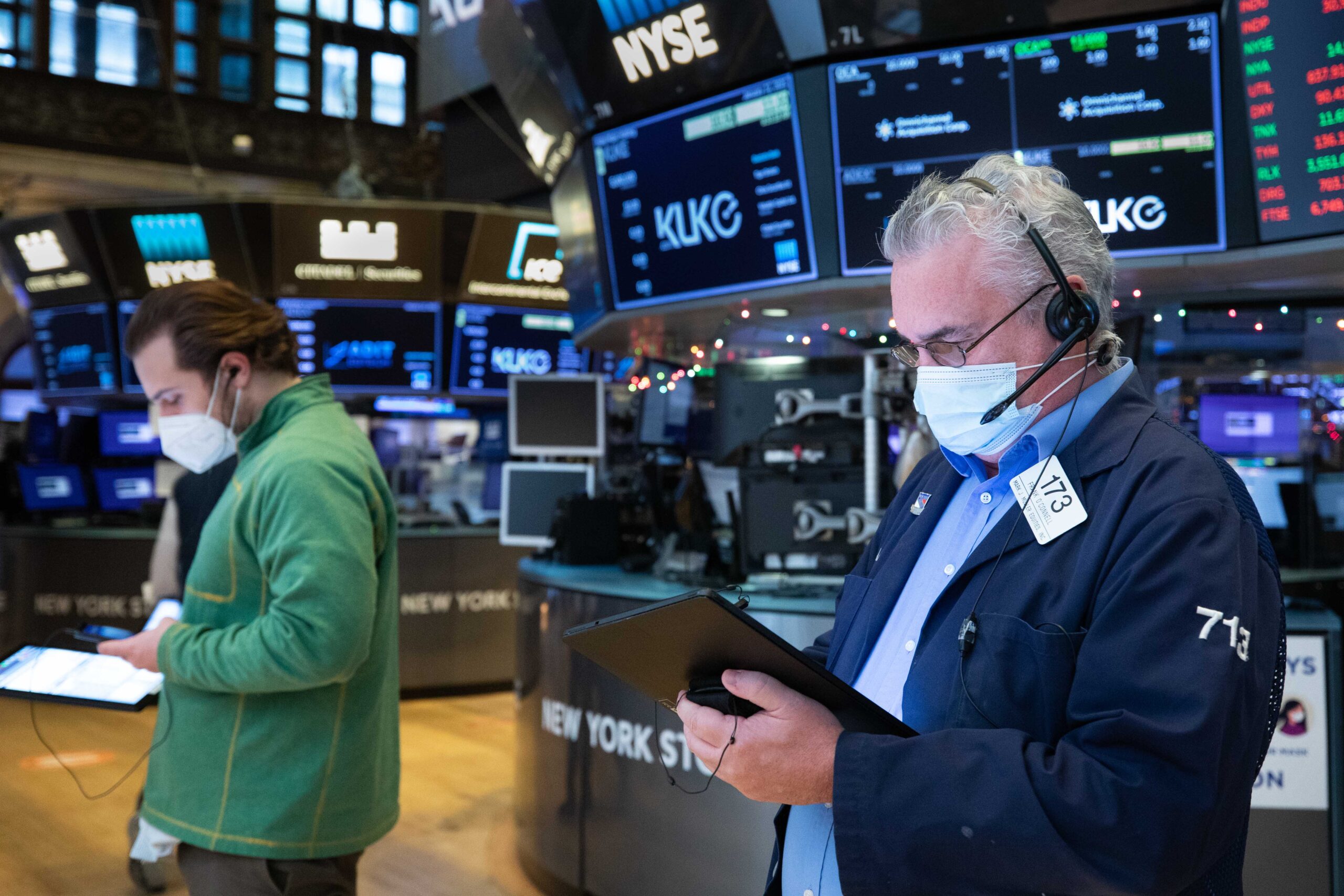 Small investors outsmarted the smart money, and the war between the Reddit traders and hedge funds seems to have made an indelible mark on Wall Street.

Big investors or hedge funds, who hold short positions in individual stocks, saw some of these positions come under siege from a large cohort of small investors, many of whom use a Reddit forum.

The idea of a short is that the holder of the position makes money if the stock price goes down, but if it goes higher, investors have to buy the stock themselves, and all that activity can make the price go even higher, creating a short squeeze. GameStop was the poster child of that trade, and as investors bought the stock and shorts covered, it reached $483 on Wednesday from $35.50 the previous Friday.

After its midweek peak, it went in reverse. Its high was more than halved by Thursday afternoon, and it closed at $193.60, down 44%, causing pain for investors who bought in at higher levels and wanted out or were forced out. But it resumed its upward surge and was over $370 in early trading Friday.

Leo Grohowski, CIO at BNY Mellon Wealth Management, said the hedge funds were disruptors on Wall Street 30 years ago, but now they are getting disrupted.

“There’s a lot in what’s going on. I don’t think it’s a one-time distortion,” he said.

Rich Repetto, senior research analyst at Piper Sandler, said the movement of investors using social media forums and online trading is similar to the impact of Covid on the workplace as employees work from home. The trading phenomenon has taken off during the pandemic and is accelerating as people are stuck in their homes. Like working from home, many will ultimately go back to their old routines but some changes are permanent.

“We have different behavior now. Will trading be as elevated?” Repetto said. “Maybe not, but we are not going back to 2019. We have a whole new generation that has been introduced to the market through apps.”

Wall Street has also seen some impact. Citron Research, for one, announced Friday that it was no longer publishing research on short positions, ending a 20-year practice.

GameStop is not alone as a favorite of investors on the WallStreetBets Reddit forum. Investors have been buying dozens of short names, including Blackberry, Nokia and Koss. AMC Entertainment is another and it was down 50% Thursday, but snapped back more than 65% on morning trading Friday. The shorted stocks fell Thursday after Robinhood, Interactive Brokers and others restricted trading and raised margin requirements in GameStop, AMC and other heavily shorted names.

Brokerages clear trades through a clearinghouse, which could look for more capital behind the rapid-fire trades coming from the small investors. Brokers that aren’t well capitalized enough could face large losses if investors are suddenly wiped out.

Robinhood CEO Vlad Tenev explained on CNBC that his firm limited trading in 13 stocks Wednesday as part of an internal operational risk-management decision taken to protect the firm and its investors. He said the decision was made based in part on SEC net capital rules and clearinghouse deposits that brokers have to comply with.

The temporary moves by the brokers angered investors and drew criticism from lawmakers from the far wings of both parties, including a rare agreement between Rep. Alexandria Cascio-Ortez, D-N.Y. and GOP Sen. Ted Cruz of Texas. Robinhood raised $1 billion overnight from investors, on top of $500 million it accessed through credit lines to trade stocks like GameStop. Tenev said the move was proactive and not because of liquidity issues.

“This has been unprecedented activity concentrated in a few names, and it’s really the first time I’ve seen where social media and financial services have intersected in this way,” Tenev said Thursday night on CNBC.

Some market pros also expect the events to shine a new light on short trading, a long-running Wall Street strategy, but critics point to how it was aimed at companies whose businesses were damaged by Covid.

The frenzied trading this week resulted in billions of shares changing hands, and it could change the dynamic of the stock market as well. Market pros say hedge funds may be wary of putting on shorts, and instead may create positions in the options market that would take the role of a short.

As for individual investors, they have grown to about 20% of the market from the low teens, as retail trading surged during the pandemic. No-fee trading offered by Robinhood and other online brokerages helped fuel the trend, as did a stock market that has practically gone straight higher since the March low.

“I think the overall 40,000-foot view is this is opening up retail. Whether it’s sustainable or not, retail is driving the valuation in certain stocks,” said Repetto “I think increased retail activity at some level is here to stay.”

Repetto said the trend should benefit online brokers like Robinhood, TD Ameritrade and Schwab. The impact on hedge funds is still unclear.

“There’s no question in my mind in the last couple of days that you had hedge funds do a little risk assessment and look at their short positions and see if they had stock with high short positions that could potentially be impacted by social media,” Repetto said.

But the phenomenon of a mass of small traders acting in tandem could change the market. Dan Deming, KKM Financial managing director, said small investors managed to find an inefficiency in the market and move on it en masse.

“Some of the longer-term strategies that have worked for a long time are now being challenged, at least for the short term,” said Deming. He expects hedge funds to replace some strategies with options trades.

“To some degree, it does tell you the demographic of the marketplace continues to evolve, and again it’s a combination of technology meeting a need and finding a home within the investment community,” Deming said. “Market participants are feeling a little more emboldened that they can get in and out of positions than they used to. Information is on a much more even playing field. It does feel like investors are becoming traders to some degree.”

Steve Massocca, managing director at Wedbush, said the Reddit investors have come upon what had become a winning strategy, and he found some of the names they were investing in to be good stocks.

“We thought Tootsie Roll was ridiculously cheap and a well run company. Several of these names were massively undervalued,” he said. “Not GameStop, but other names the Reddit guys went after where there were big short positions they were buying stocks we thought were big values. Tanger Factory Outlets it was horribly punished because of Covid, but that business is actually not bad.”

Massocca said his firm’s quantitative analysis two years ago showed that betting against shorts would be the wrong trade. It was still not great a year ago, but he found things have changed in the last six months or so. He bought into shorted B&G Foods, owner of Green Giant, Accent and Ortega, and sold it when it got near the mid $30s. It was down 8.6% Thursday at $37.51.

The short squeeze on hedge funds resulted in some selling of long positions Wednesday, and that helped drive the market sharply lower. But it bounced back Thursday, with the Dow surging nearly 350 points. Stocks were heading lower Friday morning as some of the shorted names gained.

“The Bullish backdrop for stocks is strong, intact and so much bigger than GME; and when the latter stops going up the former will stop going down and the massive early reversal in the XRT and GME against the most overbought readings in history for the ETF,” he wrote.

BNY Mellon’s Grohowski points to other examples of disruption, such as ride sharing and home rentals.

“It’s thought-provoking that maybe the financial market participation that has been very stable is something they would like to see changed,” he said. “We’ll be talking about the viability of long-short managers. This is a wakeup call for liquidity, viability, and all of that is in our lexicon this week and we didn’t expect it to be.”

Back to Top
Close Add post
X
Reddit Crew May Find Commodities Harder After Roiling Silver…Business(Bloomberg) -- Signs that the silver market was about to get hit by a GameStop-style short squeeze emerged Wednesday.That’s when comments began appear…