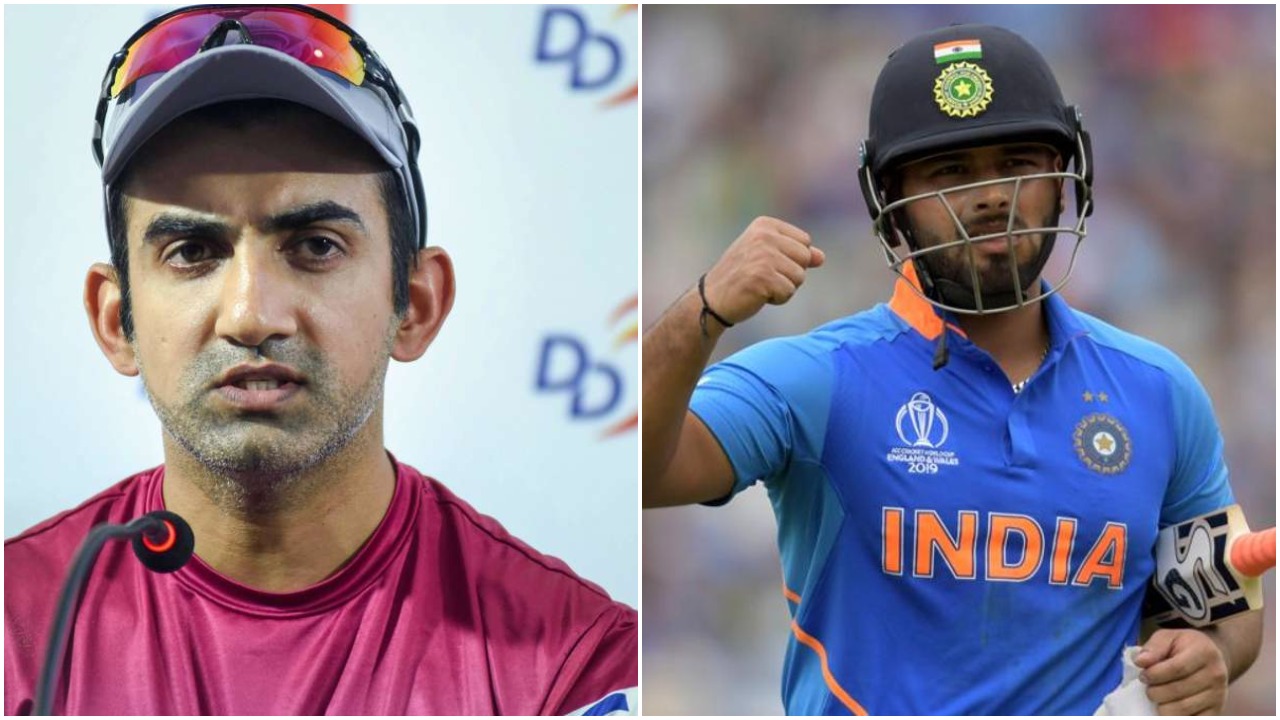 Gautam Gambhir, former Indian opener has heaped rich praises on Rishabh Pant after the India wicketkeeper hit a quickfire 97 in India’s drawn 3rd Test against Australia at Syndey on Monday.

Rishabh Pant’s approach has been under the scanner and criticized as at times his approach is regarded as reckless. However, Gautam Gambhir said Rishabh Pant should back his strength and bat the way he bats.

Gautam Gambhir: Had Rishabh Pant Batted A Bit Longer, India Could Have Won The Most Historic Test Ever

India were hampered by injuries in the lead up to Day 5 of the Sydney Test, where they were set a mammoth target of 407 to win the Sydney Test. Resuming their innings on the overnight score of 98 for 2, India lost captain Ajinykya Rahane early before Rishabh Pant and Cheteshwar Pujara forged a 148 run partnership for 4th wicket.

Much to the surprise of quite a few experts, Rishabh Pant, nursing an elbow injury, walked out to bat at No. 5 ahead of Hanuma Vihari. Rishabh Pant was on a heavy dose of pain-killers but the youngster showcased grit and courage to score his 3rd fifty. The left-handed southpaw took his time to settle into the innings but he switched gears and took the attack to Australia bowlers, hitting off-spinner Nathan Lyon out of the attack.

Rishabh Pant made 97 off just 118 balls, taking the Australians by surprise. His rapid-fire knock gave India an outside chance of winning the Test but he was dismissed just before the 2nd new ball was taken missing his ton by 3 runs. He fell to off-spinner Nathan Lyon when he tried to reach his hundred by hitting the off-spinner over long-off.

“Rishabh Pant batted really well. Obviously, he batted the way he should’ve batted and he backed his strengths and he lived by the sword and you die by it. Yes, people might just say that there was no need to play that shot, but he kept playing and kept India in the game.

“Had he batted a bit more longer India could have actually gone on to win the Test match, which probably would have been the most historic win ever,” Gautam Gambhir said.

Meanwhile, the former India opener also praised Cheteshwar Pujara, saying he is one of the few batsmen currently in world cricket who can play anytime. Cheteshwar Pujara batted 205 balls for his 77 in the 4th innings before Hanuma Vihari and Ravichandran Ashwin combined to pull off one of the most heroic draws.

“When we talk about Cheteshwar Pujara, you can talk as much as you can and as much as you want about his strike-rate, but there are very few batters going around in world cricket who can actually play time and session and he’s one of them. One might just think that you are only been able to draw the Test match, but these kind of draws are probably as big as winning in Australia,” Gautam Gambhir said.

India drew the Sydney Test after coming up with a heroic fight on Day 5. Hanuma Vihari scored 23 off 161 balls and Ravichandran Ashwin scored 39 off 128 balls and both remained unbeaten as India managed to draw the Test. They forged a 62 run unbroken partnership for 6th wicket in about 43 overs.