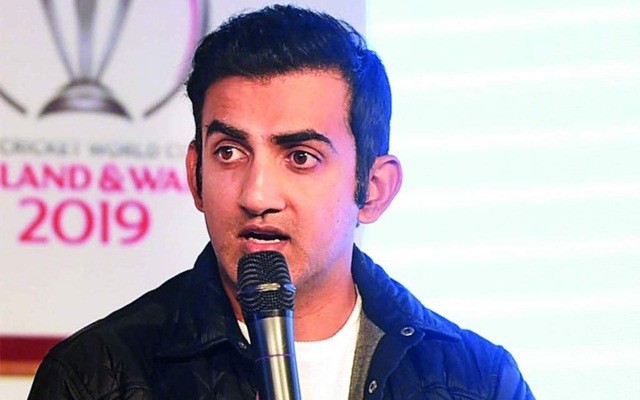 Gautam Gambhir, top-scorer for India in the 2011 World Cup final with 97, hits the rewind button on the 10th anniversary of India’s landmark triumph and stresses how teamwork played a crucial role in the tournament.

Around a year back, Gautam Gambhir had lambasted a website for making it appear as if India’s 2011 World Cup win was all about the famous six that skipper MS Dhoni smashed in the final to clinch the tournament.

Exactly a decade after India famously won the 2011 World Cup, Gautam Gambhir, who cracked 97 in that final against Sri Lanka at Mumbai, tells why he thinks there were multiple heroes of that triumph, with the main man being Yuvraj Singh, who was named as the ‘Man of the Tournament’ for his all-round exploits.

“Not the 97 I scored, but when people come up to me and ‘say thank you for the World Cup,’ that’s my biggest achievement,” said Gautam Gambhir on his 97 in the final.

“The guy in best touch was Yuvraj. When it comes to the knockouts, the crunch situation, and then you deliver, then it’s about your mental toughness.  Therefore, I always say that Yuvraj was in very good touch. I remember that in a league game, against Ireland in Bangalore, we were in a spot of bother, and he won the game,” said Gautam Gambhir on Yuvraj Singh being in best touch.

” Except in one game, I played at No 3 throughout. It’s about having the opportunity of playing in a World Cup final, which not many people have. Even if they’d have wanted me to bat at No 6 or 7, I would’ve happily done that,” on playing at No. 3, not opening.

“I can’t talk on behalf of the other individuals. All I can say is that for me, the platform never mattered. For me, all that mattered was the contest between the bat and ball,” on pressure of World Cup at home conditions.

“There were 13, or probably 14 unsung heroes of that win! Munaf, I, Harbhajan Singh, Virat Kohli, who got a hundred in the first game, Suresh Raina, who played a crucial knock against Pakistan – all these players’ contribution was unbelievable.

“For that matter, when I look back at it today after 10 years, I feel Yuvraj is an unsung hero as well, despite being the ‘Man of the Tournament.’ You won’t talk about him, but people do talk about that one six for sure,” Gautam Gambhir on unsung heroes.

Yuvraj Singh was at his best in the 2011 World Cup. He finished with 362 runs, 15 wickets, 4 man-of-the-match awards, and the Player of the Tournament as Yuvraj Singh would forever be remembered for his scintillating performance in India’s second World Cup triumph at home after a hiatus of 28 years.

India won the 2011 ICC Cricket World Cup by beating Sri Lanka in the final of the tournament by six wickets. Yuvraj Singh was adjudged the man of the tournament as he put on an unimaginable all-around performance, keeping in mind that he had cancer at that very moment.

Gautam Gambhir was one of the key players for India who helped the team to win both the ICC World T20 2007 and ICC Cricket World Cup 2011. He was the highest run-scorer for India in both the finals of those tournaments.

” I don’t think that we played well, but we still managed to win that game! We were probably mediocre! We should have got more runs than the 260-odd we got. We won that much because of Suresh Raina’s innings,” on beating Pakistan.

“That question can be answered better by the coach, captain and the selectors, because I was neither. Obviously, you feel sad that you could not go on to defend the World Cup. It must’ve hurt Yuvraj, Harbhajan, and all of those who were a part of the 2011 team, to not be able to defend the World Cup, but that’s what life is!” on players not playing next 2015 World Cup.

“We were playing against the West Indies at Chennai, and we had more than 600-700 bats in our dressing room!” Gautam Gambhir opens up on a special moment.

“He had both these qualities – being a good man-manager, and was hard-working,” on Gary Kirsten as a coach.

“See, I’m not an astrologer, but I hope they do well because very few people get the opportunity to play in a World Cup for their country,” Gautam Gambhir on 2023 World Cup.