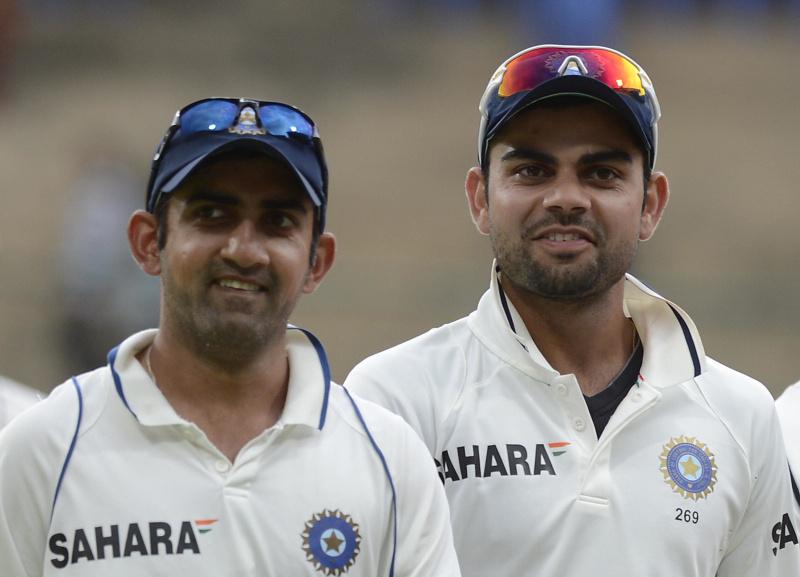 Gautam Gambhir, former Indian opener said it was a poor shot from the Indian skipper Virat Kohli which saw him getting dismissed on a duck against England on Day 1 of the 2nd Test.

Indian skipper Virat Kohli was dismissed without scoring playing 5 balls in what was an abysmal outing for him in India’s first innings of the ongoing second Test against England in Chennai. He was cleaned up by an excellent delivery from off-spinner Moeen Ali, which castled his stumps. Moeen Ali became the first spinner in the world to dismiss Indian skipper Virat Kohli on a duck in Tests.

Gautam Gambhir: Virat Kohli’s Dismissal Was The Result Of A Poor Shot

Former India opener Gautam Gambhir said Virat Kohli’s dismissal was the result of a poor shot while talking about his dismissal. The Indian skipper went for a cover drive against a widish delivery from Moeen Ali, which turned sharply and drifted inside to leave the Indian skipper stunned. Gautam Gambhir said playing a cover-drive against an off-spinner at the start of the innings can prove to be dangerous.

“Virat Kohli played a bad shot, according to me. Because on such a wicket, if you are playing a drive against an off-spinner who is bowling in the rough, you might have to face the consequences at times,” Gambhir said on Star Sports.

“A new player who has not yet settled, if he plays a cover drive like that against an off-spinner, when you always say that you should play with the turn on a turning track and not against it, so it was a bad shot, and he had to pay for it,” he added.

Virat Kohli was shocked after being dismissed as he stood bewildered looking at his batting partner Rohit Sharma on the other end of the wicket after being bamboozled by spinner Moeen Ali. The Indian skipper almost refused to leave the crease before walking back straight to the pavilion with disappointment clear on his face.

Gautam Gambhir: Virat Kohli Should Have Stood On Off Stump Against Off Spinner To Reach Close To Ball

Gautam Gambhir stated that Virat Kohli should have moved closer to the off-stump if he wanted to play the cover-drive against Moeen Ali when the spinner was targetting the rough. He explained how it would have helped Virat Kohli in reaching the ball earlier and execute his shot to perfection.

“If you have to play a shot like that, you can probably stand on the off-stump against an off-spinner because then you reach closer to the ball. If you stand on middle-stump and give room for the ball to turn, such things can happen. Even it had struck the pad, it would have been outside the off-stump. You don’t play such shots on this wicket so early, and we have not seen Virat Kohli do this often,” Gambhir explained.

After Virat Kohli’s departure on a duck, centurion Rohit Sharma (161) and vice-captain Ajinkya Rahane (67) helped India recover with a 162-run stand for the 4th wicket. The duo’s efforts propelled India to 300/6 at stumps on Day 1.