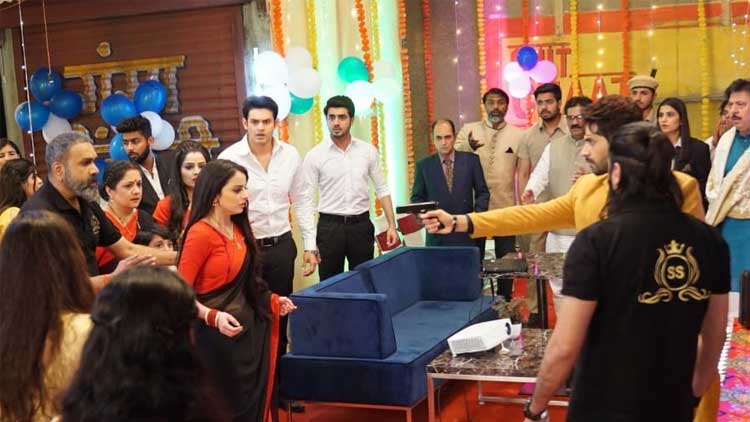 The end of one of the most pivotal characters in television shows leads to shock and much drama. In the upcoming track of &TV’s Ghar Ek Mandir-Kripa Agrasen Maharaja Ki, a critical situation leads to Genda (Shrenu Parikh) being shot by a bullet. Viewers, who have developed a sense of attachment with the character over a period, find it emotionally difficult but are also glued to their screens to know what happens next!

Kundan Agarwal (Sai Ballal), Varun (Akshay Mhatre), and Shivam (Vivaan Shah) put in a collective effort and successfully got their hands on the evidence, which proves Siddhant’s ill-doing. While Siddhant Sinha (Ankit Bathla) invites the Agarwals to his party and humiliates them in every possible way, Genda hatches a plan to unveil Siddhant’s reality. Siddhant pulls out a gun and fires on the family as the hot-headed man he is. Genda does not think twice and jumps in front of the bullet.

When contacted to check if it is the end of Genda in the show, Shrenu Parikh said, “For Genda, family comes first. No matter the situation, she is always there to protect her loved ones. But this time, while protecting them, she has put her own life in danger and gets hit by a bullet. I cannot officially comment more about the track. I am aware of how much people are attached to this character, and all I can promise is that the show will continue to present interesting tracks and twists to keep the viewers entertained.”