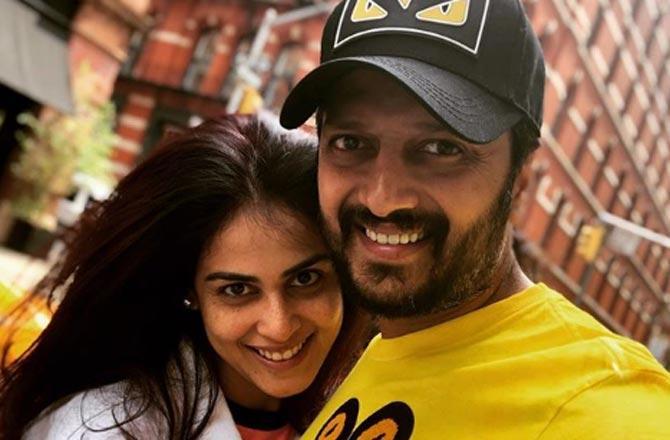 Since their marriage in 2012, and even before that, Riteish Deshmukh and Genelia D’Souza have been setting couple goals. The duo has two sons – Riaan and Rahyl – and the family of four is super adorable. Riteish and Genelia frequently share pictures of them together on social media.

Now in an interview, the actress has revealed how people reacted to her decision of getting married. She also talked about her decision to take a sabbatical from work post her marriage. Speaking to Pinkvilla, Genelia said, “When I was getting married, I had people telling me that Oh you are getting married, for a girl, your career is done, I heard everything but I was clear that it is not going to stop me from marrying because I wanted that. I think but now I see a very positive change in the industry, where the content is evolving. There is a lot of work that artists and actors get which are not star-driven, or monotonous. There is a lot to do today as actors.”

Talking about her decision to take a break from acting, the Jaane Tu Ya Jaane Na actress said, “Honestly, when I got married, I was very clear that I wanted to spend some time with my family. I had worked so much before that, people might have not seen me much in Hindi cinema but in South cinema, I literally worked 365 days of the year And hence, I felt like I needed that kind of a break. I wanted to give my family the priority and then I had babies, one after the other, so it was my time with my family, which I wanted and I am glad I am in that age of the film where all of that doesn’t matter anymore.”

“I am ready to work but I am not sure if I would want to work throughout the year. I would probably want to do 2-3 films a year which would mean a lot to me, which will help me as an actor and as a person to grow. I want to do something which I love. I think I have stepped out of the phase where I have to work all the time and take whatever work comes to me”, she continued.

Also Read: Watch Video: Riteish Desmukh Washes Dishes As Genelia D’Souza Keeps An Eye With A Belan In Her Hand

In August, Genelia had revealed that she had tested COVID-10 positive. She took to her Instagram handle to share the news with her fans. “We were in close contact with someone who had tested positive, so we did the tests as a safety measure. I was sure I hadn’t contracted the virus as I didn’t show any symptoms. So, it was surprising when I was the only one in the family to test positive,” recounted Genelia in an exclusive interview to mid-day.

Genelia will be making her comeback in the Anees Bazmee directorial It’s My Life. She will be seen romancing Harman Baweja in the movie, which also stars Nana Patekar. Produced by Boney Kapoor and Sanjay Kapoor, It’s My Life is set to premiere on Zee Cinema on November 29.

RELATED:  Kyrie Irving is having the best season of his career and it shut up his critics