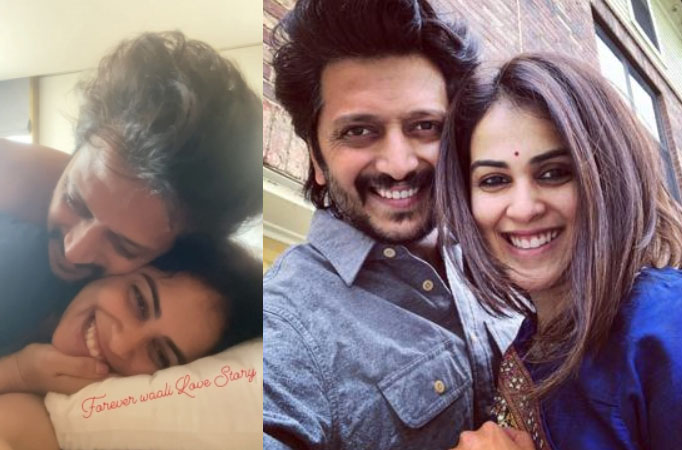 Genelia posted the clip on Instagram, where she is seen lying in bed. Riteish comes and hugs her from behind.

The song “Tera ban jaunga” from “Kabir Singh” can be heard playing in the background.

“Forever Waali Love Story,” she wrote as the caption.

Genelia and Riteish married in 2012. The two had their first child, a son named Riaan in November 2014. Their second son, Rahyl, was born in June 2016