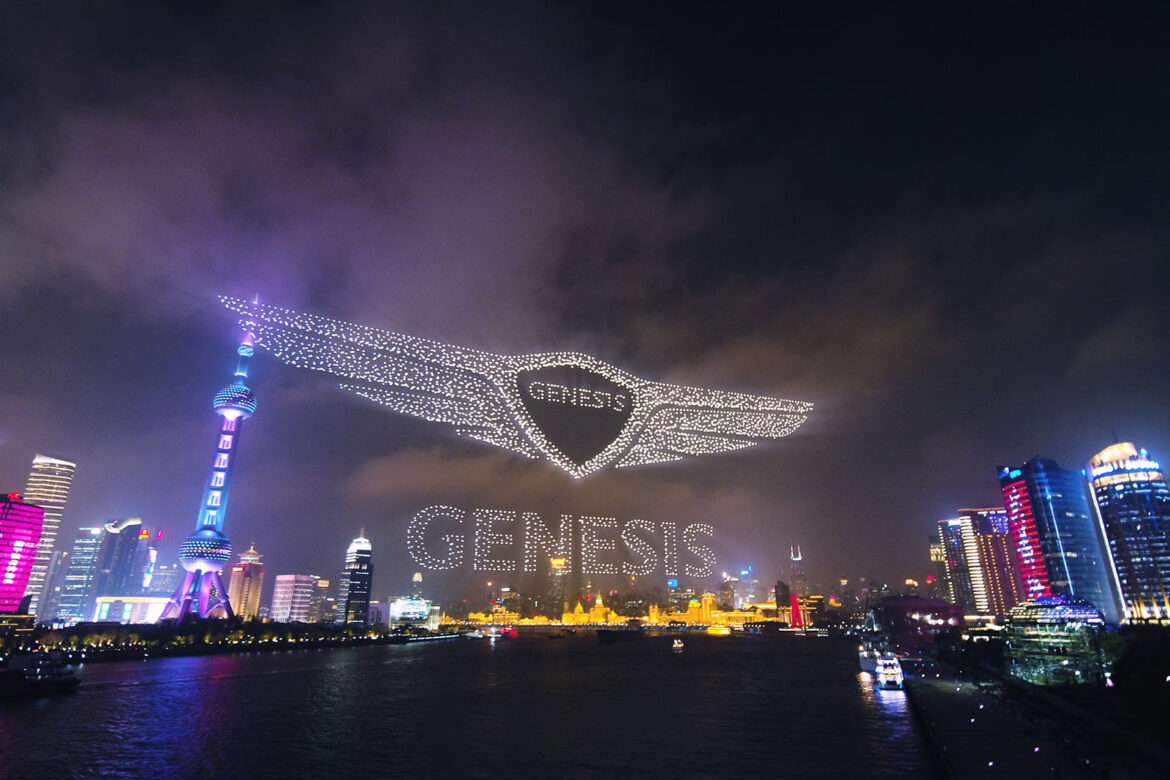 Drone shows are quickly becoming the tool of choice for people and companies that want to grab your attention, and Genesis knows that all too well. The Hyundai-owned car brand marked its entrance into China by breaking the Guinness World Record for the most Unmanned Aerial Vehicles in the air at the same time, using 3,281 drones to display its logo and otherwise advertise over Shanghai on March 29th.

It’s a significant improvement over the previous record holder, Shenzhen Damoda Intelligent Control Technology. The company flew ‘just’ 3,051 drones in September 2020. That, in turn, smashed a record set by a 2,200-drone performance in Russia just days earlier. Intel, which has a reputation for drone light shows, last claimed the record with 2,066 drones flying over Folsom, California in July 2018.

Feats like this typically rely on choreography software that tells drones to form certain shapes while coordinating the swarm to avoid collisions.

This is a publicity stunt, of course, and it won’t be surprising if another company finds a way to one-up Genesis before long. It shows how much drone shows have advanced in just a few years, though, and could easily fuel competition among companies determined to put on robotic extravaganzas.