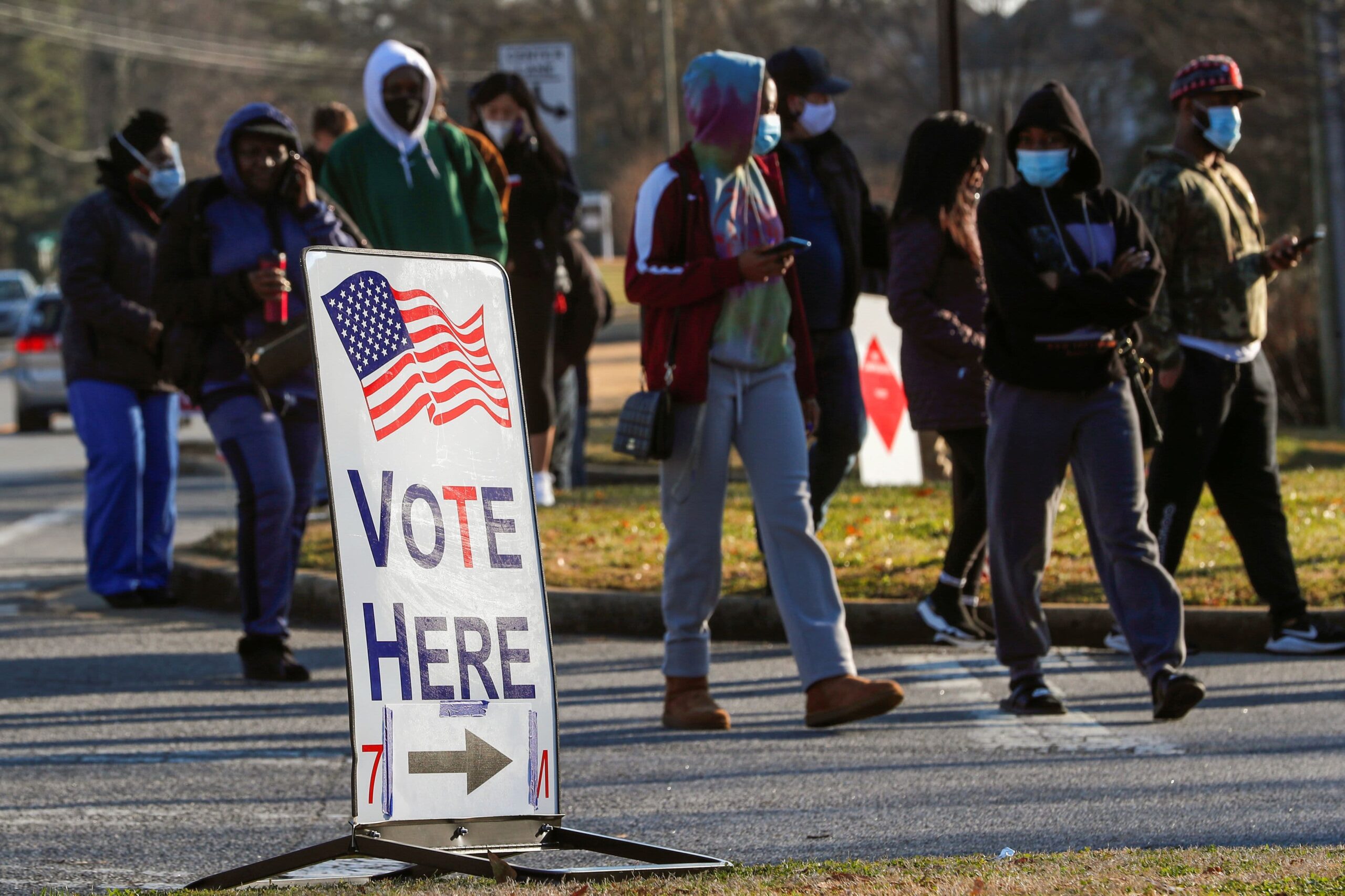 Both Senate runoff elections in Georgia were too close to call as polls closed on Tuesday night, according to NBC News.

The races will determine which party controls the Senate for the next two years. Democrats aim for unified control of Congress and the White House. Republicans want a check against President-elect Joe Biden’s agenda.

In one contest, 71-year-old Republican David Perdue runs against 33-year-old Democrat Jon Ossoff, who runs a documentary production company. Perdue seeks a second term in the Senate after his first ended Sunday.

The other special election pits 50-year-old Republican Sen. Kelly Loeffler against 51-year-old Democrat Raphael Warnock, the senior pastor at Ebenezer Baptist Church, where Rev. Martin Luther King Jr. preached. The seat, which opened up after former GOP Sen. Johnny Isakson retired early, will be up for reelection in 2022.

Both elections went to runoffs after no candidate garnered more than 50% of the vote in the general election.

Counties have begun reporting results, with some small counties’ reports already complete. Cobb County in the Atlanta metro area said it will not finish tallying results tonight and will resume ballot counting Wednesday at 1:00 p.m. ET.

A sign is seen as voters line up for the U.S. Senate run-off election, at a polling location in Marietta, Georgia, U.S., January 5, 2021.

Biden won Georgia by 11,779 votes in November. NBC News did not call his win over President Donald Trump in the Peach State until three days after Election Day, as officials tallied mail-in ballots.

More than 3 million Georgians cast their ballots ahead of Tuesday, marking a historic high turnout for a runoff election in the state. Runoff election data and voter history data suggest Democrats held an advantage in early voting turnout. Republicans hoped for a strong showing on Tuesday.

Average wait time at polling locations hovered around one minute statewide through Tuesday, according to the Georgia secretary of state’s office. Top Republican election official Gabriel Sterling said at a press conference Tuesday afternoon that election day turnout could range from about 600,000 to 1.1 million voters. Exact numbers are difficult to predict before ballots are counted.

Several precincts will close later than 7 p.m. ET due to delays earlier in the day. The latest is a Lowndes County polling location that will close at 8:00 p.m. ET, according to the Georgia Democratic Party. Voters who are in line before polls close are legally allowed to cast a ballot.

The pair of runoffs in Georgia are the two most expensive Senate races ever, according to data compiled by the nonpartisan Center for Responsive Politics.

If even one of the Republicans win, the GOP will keep Senate control. Democrats need to sweep both races to reach a 50-50 split in the chamber. Vice President-elect Kamala Harris would then hold a tiebreaking vote.

The election results will shape the first two years of Biden’s agenda. If Republicans keep the Senate, they will push for a smaller coronavirus relief package than Democrats hope to pass in the coming months.

A Democratic Senate would also give Biden a better chance of passing his economic recovery agenda and confirming his chosen Cabinet nominees and judges.

This story is developing. Please check back for updates.