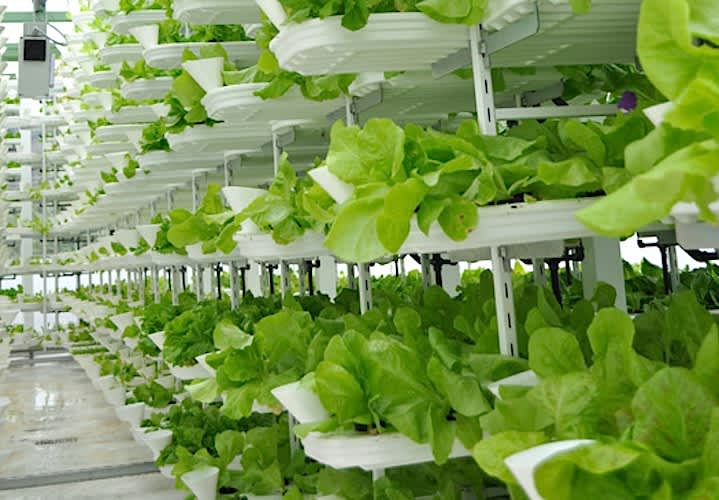 The boss of German firm &ever has said that his company’s new indoor vertical farm in Singapore will produce 1.5 tons of “leafy green” produce every day when it is up and running in the fourth quarter of next year.

Henner Schwarz, Chief Executive Officer at &ever, told CNBC on Monday that he expects produce from his firm’s new research and development facility in Changi will reach a lot of Singaporeans over time and “make a small contribution to food security in Singapore.”

The company, which competes with more conventional food producers, sells living plants to customers that can then be harvested at home as and when they’re needed. As a result, it tastes better and fresher, Schwarz said.

Schwarz said Singapore is “not the easiest market for indoor vertical farming” as electricity is fairly expensive and there are “lots of cheap imports.”

However, &ever has been awarded a grant by the Singapore government, which decided to speed up plans to increase locally produced food after seeing how the coronavirus pandemic impacted food supplies.

Singapore’s land scarcity makes conventional farming a real challenge and the country is keen to embrace solutions that don’t have a large footprint.

In terms of price, Schwarz said: “We think that we’re pricing our products similar to existing premium organic produce that you can find on the Singapore market today.”

He added: “The price point for indoor vertical farming products in many markets in the world, for example in the U.S., is very expensive. Our system is really geared towards making a meaningful contribution and we have taken quite some time to get things right, and to have the most energy efficient solution on the market.”

In order to reduce energy consumption at its Singapore site, &ever plans to use a combination of sunlight capture systems and LED lights. It is teaming up with lighting producer Signify to carry out a number of experiments.

&ever already has an operational indoor farm in Kuwait, which has become a testing ground for indoor vertical farming as it has similar, but different food security issues.

“We launched our farm in Kuwait just when Covid really hit in March,” said Schwarz. “It has been quite difficult to ramp production capacity up. However, the reception in the market has really been great thus far, and the Kuwaiti people really like our produce.”

When it comes to farming, access to fresh water is a problem in many areas of the world. “We need 95% less fresh water than traditional farms,” said Schwarz.

He added: “We expect that over time, as our efficiency becomes better and better, the price points can become lower and lower.”