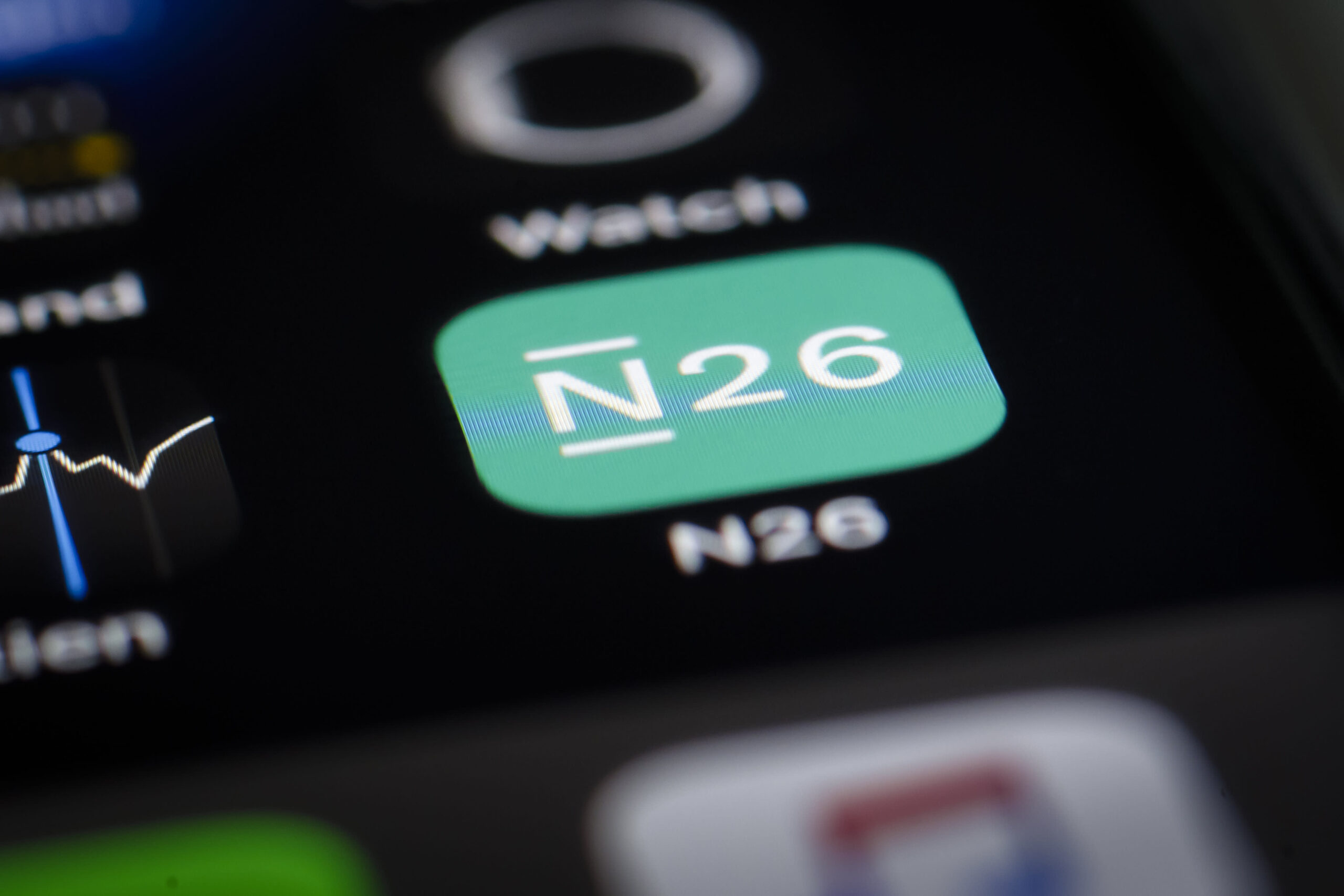 The logo of German online bank N26 displayed on a smartphone.

LONDON — German online bank N26 is considering making an acquisition for the first time, after raising heaps of cash and trimming its losses despite the coronavirus pandemic.

The $3.5 billion financial technology firm said net losses at its core European business came in at 110 million euros ($133 million) in 2020, down from 165 million euros the previous year.

Founded in 2013 by longtime friends Maximilian Tayenthal and Valentin Stalf, N26 has attracted 7 million users globally and is one of many app-based challenger banks that gained popularity in recent years. Its rivals include Revolut in Europe and Chime in the U.S.

The firm has raised a total of $800 million to date, from investors including Chinese tech giant Tencent and billionaires Peter Thiel and Li Ka-shing. It has also started looking at deploying its war chest of funds to buy a fintech competitor.

“We have started to look — and we are still looking — opportunistically at some interesting targets,” Tayenthal, N26’s co-CEO, told CNBC in an interview. The company has historically relied on organic growth, he added.

“It could be players that are strong in certain areas; think about trading, think about KYC (know your customer). There could be other fintechs; challenger players in our space that have a good customer base.”

Tayenthal said there were no “super concrete” plans currently in place, but that it’s held discussions and is “looking at a good number of players.”

“I’ve had conversations and we still continue to look at interesting opportunities,” he said.

In the summer of 2020, N26 grappled with discontent from its own workers. Disgruntled staff formed their own works councils — worker organization bodies within a company — to address concerns with management.

So-called neobanks have come under pressure to not only clean up their work culture but also switch their focus toward making money. Experts in the fintech industry have warned the space could see some consolidation as some players stumble amid the Covid-19 crisis.

A big driver of N26’s revenues has been its premium subscription-based accounts, for which it charges between 4.90 euros to 16.90 euros for a range of additional features.

But Tayenthal said the big focus for 2021 will be a “marketplace” model, where it includes products it can’t offer itself — such as trading and credit — while taking fees from third-party providers in the N26 app.

“In 2020, we actually brought down the burn significantly,” Tayenthal said. “It is true that, at one point in time, while we are still investing into growth, expansion and building up the team, we also want to get more in the direction of profitability.”

The N26 co-founder said his company plans to hire an additional 200 employees this year. It currently employs 1,500 staff globally. The firm is also planning to expand into Brazil, having recently obtained a banking license in the country.

“The environment in Brazil is actually very favorable,” Tayenthal said. “Everyone has a bank account in the markets we’re in already; in Brazil, this is obviously not true.”

Just under a third of adults in Brazil don’t have access to a bank account, according to the World Bank. But the market has seen increased digital banking adoption over the past few years. Nubank, a well-funded neobank based in Brazil, has a total of 25 million users across Latin America.

N26 recently hired a new chief financial officer, Jan Kempe to replace Tayenthal, who was himself elevated through the ranks to a newly created co-CEO role. Kempe is a former Zalando executive who led the German e-commerce firm’s 2014 initial public offering.

The move fueled speculation that N26 may soon go public. But Tayenthal said the firm has no immediate plans, despite strong recent debuts from the likes of U.S. consumer finance start-up Affirm and digital insurer Lemonade.