German White Supremacist Is Sentenced to Life for Synagogue Attack 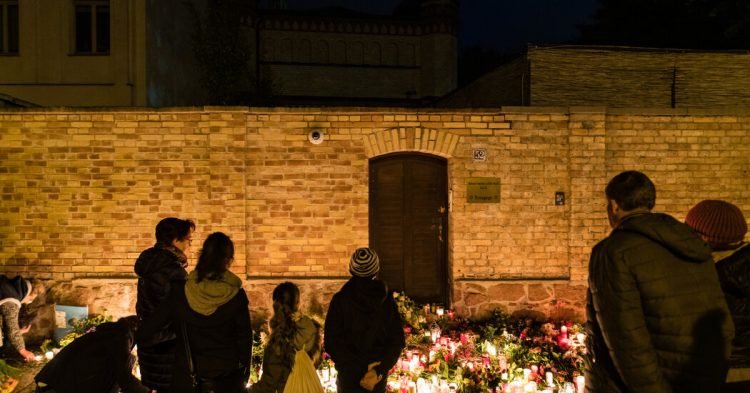 “You showed no indication of remorse. On the contrary, you repeatedly made clear that you wanted to continue your fight,” the judge said, explaining the decision for the severity of the sentence. “Consequently, we have decided that society must be protected from you.”

At a time when Germany is struggling to come to terms with the extent of far-right extremism within the ranks of its own security services and police, the trial revealed how little its highest-level investigators know about the darkest corners of the digital sphere where white terrorists gather and plot violence.

“Luckily, none of the visitors of the synagogue suffered physical injuries,” the judge said, in detailing the reasons for her ruling. She noted the danger posed to society by the attacker, because of his anti-Semitic, racist and misogynist attitudes, along with the arsenal of weapons he loaded into the car that he drove into the city.

“He put 51 people in danger because he knowingly planned this location and time” to carry out the attack, she said. “Therefore there remains no question about a sentence of life.”

Survivors of the attack, many of them younger Jews who had traveled to Halle to observe Yom Kippur with the local community, were among the 45 co-plaintiffs who took part in the trial. Many used their participation, which allowed them to question witnesses and the defendant, to prevent him from using the proceedings to promote his far-right ideology.

Much in the same way that dozens of women who were abused by Larry Nassar, a former team doctor for the United States national gymnastics team, used his trial in a Michigan court in 2018 to break the silence about sexual abuse, the younger Jews used their opportunity to speak in the courtroom to challenge Germans to confront the threat posed by persistent anti-Semitism and racism.

“None of the hate-filled conspiracies that this man has voiced are new,” Talya Feldman, who survived the attack on the synagogue, said in her closing statement this month. “We’ve heard them all before. And we know where they lead. We know what happens when this propaganda and this speech goes unchecked. Germany knows it. I know it.”