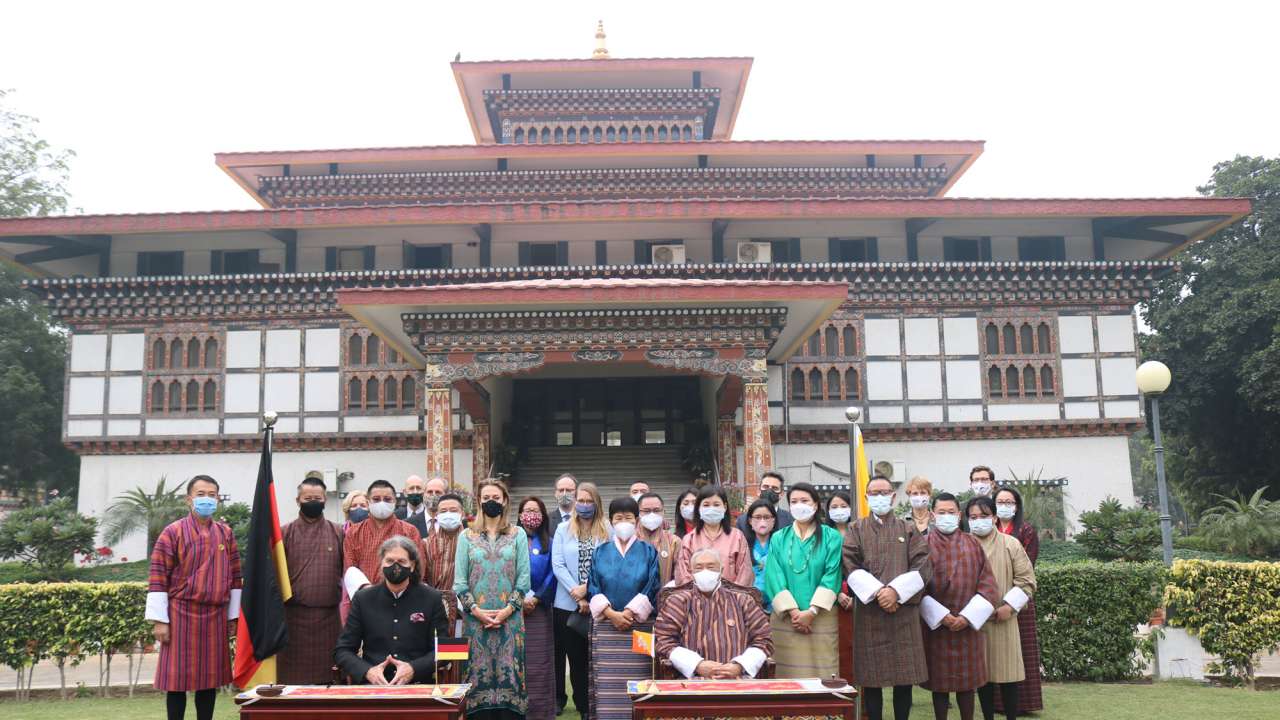 Bhutan and Germany on Wednesday established diplomatic ties with each other, something that was in the pipeline for a while now. In a small ceremony at the Bhutanese mission in Delhi, German ambassador to India Walter J Lindner and Bhutan’s envoy to India Major General V Namgyel exchanged the diplomatic documents marking the establishment of ties.

The announcement does not involve plans to open resident missions in both countries. Bhutanese foreign ministry statement said, “With the establishment of diplomatic relations, the two ambassadors expressed the desire to further deepen the friendship and cooperation between the 2 countries”.

The development partnership is the key rationale for establishing ties, with the foreign ministry highlighting, “Germany had been supporting Bhutan’s socio-economic development since the 1980s” and “more significantly Bhutan continues to receive support from the EU of which Germany is the largest contributor to the Union’s budget”.

India has taken “note” of the development with sources pointing out “we are aware that the two countries already established consular relations in July 2000 and Germany is an important development partner of Bhutan”.

The sources added, “This is a further step on that path.”

Before the establishment of ties, official bilateral ties were maintained through the Germany embassy in Delhi, Bhutanese embassy in Brussels. Bhutan already has an Honorary Consul in Germany and vice-versa for diplomatic communication.